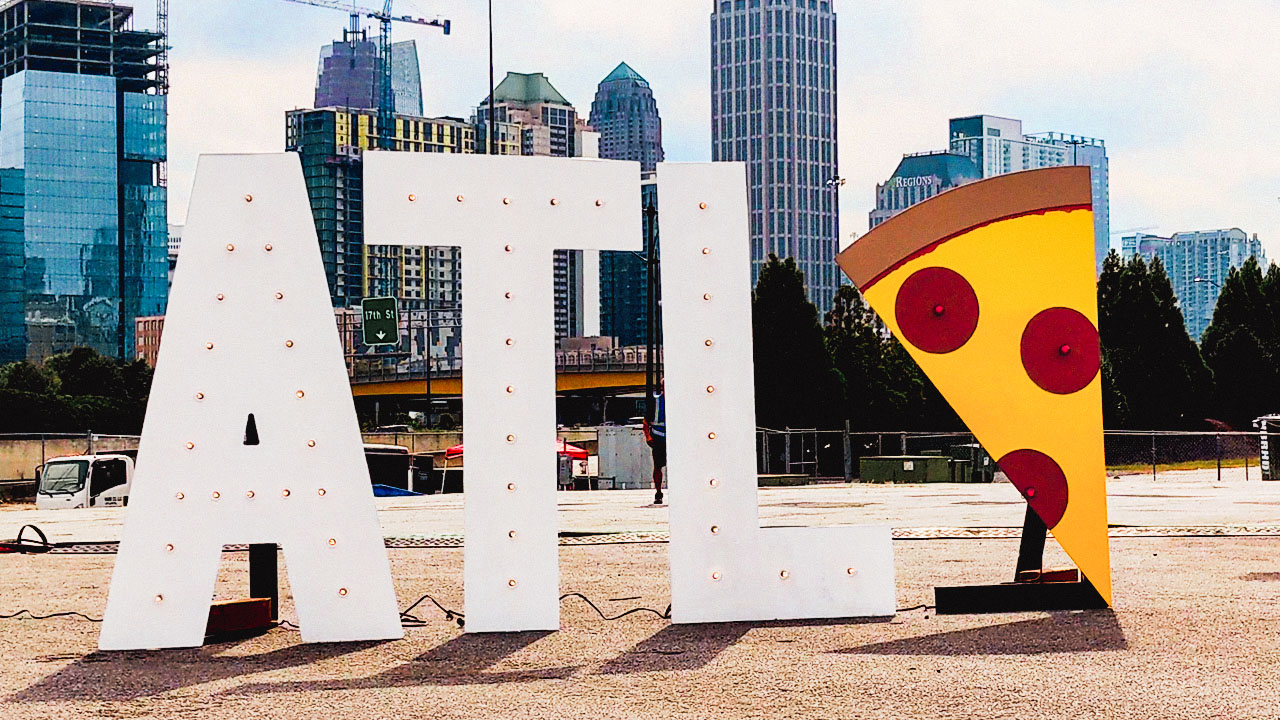 Atlanta is known for many things: Coca-Cola. CNN. “The Walking Dead.” But did you know it’s also known for pizza? Neither did we!

PizzaTV’s Brian Hernandez took to the road recently for the 2021 Atlanta Pizza Festival to find out what has been hiding in plain sight in the Peach State: great- tasting pizza! Showcasing everything from Detroit-style to New York-style and vegan to Neapolitan, talented pizzaioli from across Georgia converged on Atlantic Station in Atlanta to show pizza patrons what they bring to the table. With over a dozen pizza makers and thousands of hungry pizza eaters, the word spread, and downtown Atlanta became a hotbed of music, games and, most importantly, pizza.