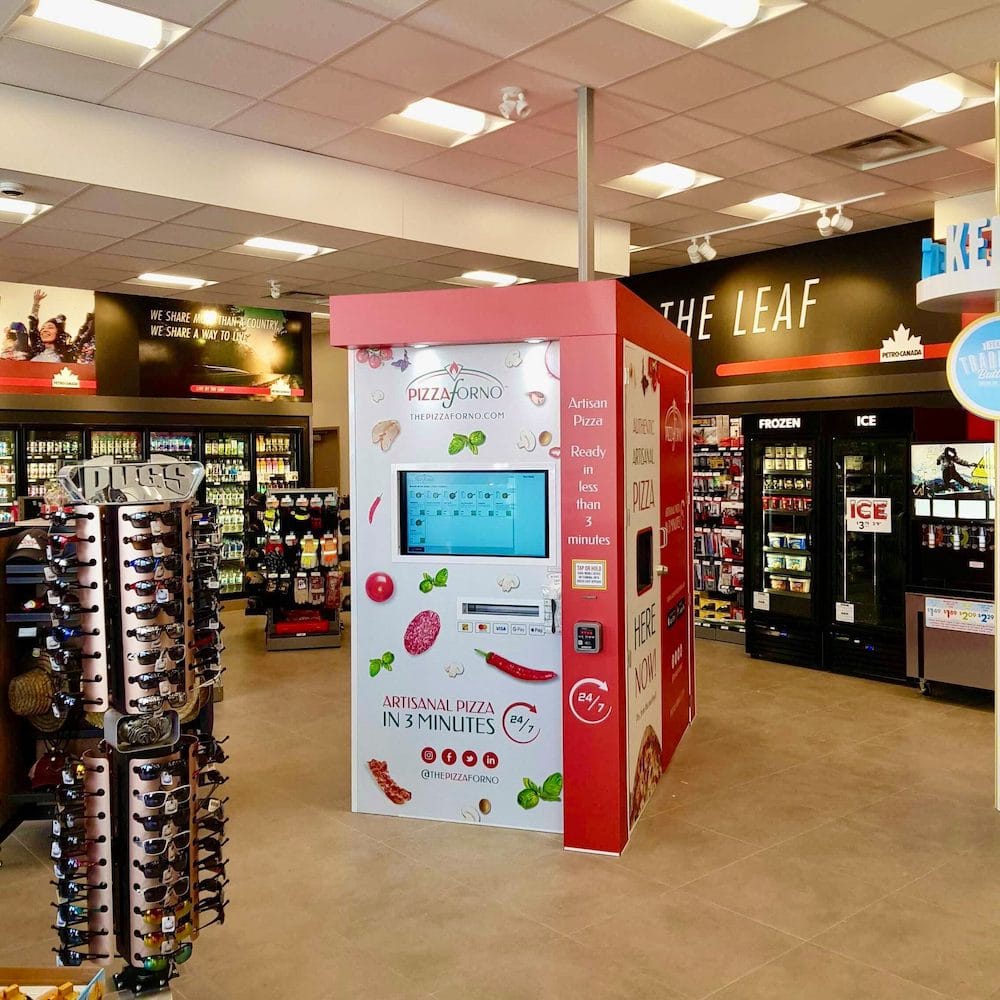 This PizzaForno vending machine was installed recently at a location in Cookstown, Ontario, Canada.

Related: Automated pizza chain set to expand across Canada in 2020

An orthopedic surgeon in Jackson, Michigan, is prepped and ready for a different type of operation: a pizza vending machine that will serve up hot, fresh pies for $9 to $13.

As Fox47 News reports, Dr. Tim Epko teamed up with Adam Page, who works in the medical device field, to set up the country’s first PizzaForno location, featuring a pizza vending machine from the chain headquartered in Canada. The machine is located on South Cooper Street in Jackson.

Epko discovered the PizzaForno automated pizza system during a family trip to Toronto.

“Me and my family bought the whole pizza out of the machine,” Ekpo said in the Fox47 interview. “It was a great taste. It had a great flavor. With that in mind, we thought it would be a great idea stateside. So we decided to bring it over.”

In 2020, PizzaForno announced it was looking to expand into the United States and Mexico “in coming years.”

Related: Will pizza vending machines change the way we sell pizza, or are they just another marketing tool?

Available at the tap of a digital screen, six different types of handmade pizza can be ordered through the units. The premade pizzas are stored in the machine’s refrigerated section and moved to a patented oven, which bakes the pies in under three minutes. One PizzaForno oven holds 70 12-inch pizzas, the company said.

“My personal favorite is honey and goat cheese,” Epko said. “The flavors together are so good.”

Epko and Page plan to open additional PizzaForno locations around Michigan, then expand regionally and, eventually, across the U.S.

“We are both pretty driven people,” Page told Fox47 News. “We are passionate about being entrepreneurs. We feel like we have an eye for certain special opportunities, Pizzaforno being one of them.”