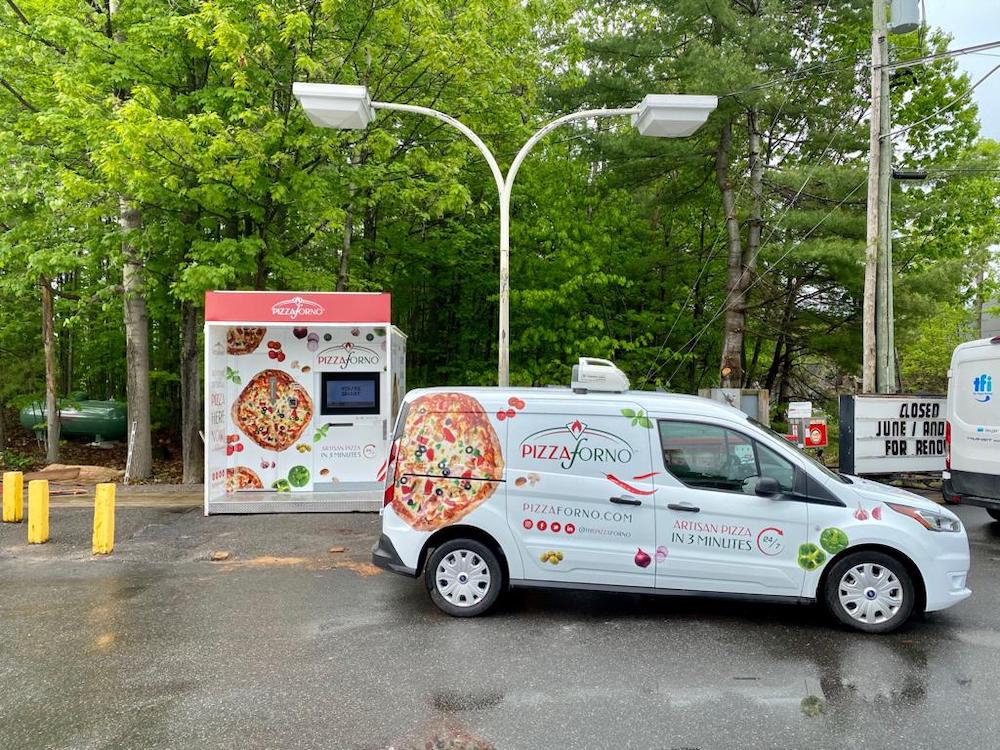 PizzaForno, an automated pizza chain using robotic technology, announced that it’s poised for rapid expansion across Canada this year, offering “low-touch” pizzas at a time when customers are increasingly concerned about dining out.

PizzaForno said it has forged partnerships with a number of independent and corporate licensees to bring its pizza vending machines to high-traffic locations. The partners include corporations like Petro Canada and Parkland Corporation (On The Run). In March the chain signed on its first corporate partner, Aramark Canada Ltd., which will deploy 10 machines around Canada in 2020.

The first Aramark-managed location will be in Sunnybrook Health Sciences Centre, catering to staff, patients and guests. Aramark will also add pizza vending machines at universities and hospitals throughout Ontario and then expand into Nova Scotia, according to a PizzaForno press release.

The company said its fastest expansion has been through independent licensees, many of whom own multiple units that will offer 24/7 pizza service in the Sudbury, Wasaga Beach, Collingwood, Port Carling and Tobermory regions.

Available at the tap of a digital screen, six different types of handmade pizza can be ordered through the units. The premade pizzas are stored in the machine’s refrigerated section and moved to a patented oven, which bakes the pies in under three minutes. One PizzaForno oven holds 70 12-inch pizzas, the company said.

PizzaForno says it’s set to expand into the United States and Mexico “in coming years.”