Pizza For the Troops: U.S. Army Has Found the 'Holy Grail of MREs' - PMQ Pizza Magazine 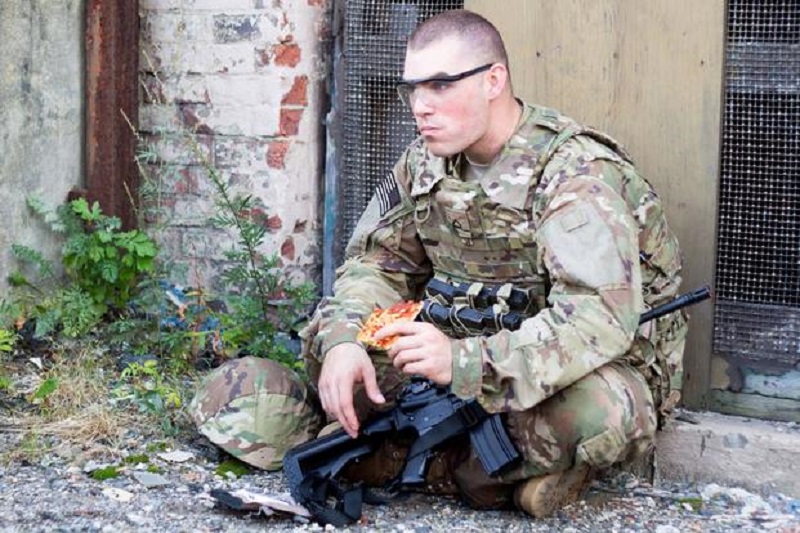 Soldiers in the U.S. Army can finally enjoy pizza in the field, thanks to a new MRE developed by military scientists.

“You know, for a pizza that has to last for at least three years … it’s pretty stinking good,” Jeremy Whitsett, deputy director of the Department of Defense’s Combat Feeding Directorate (CFD), told Military.com. “Whenever we have sampled it with people, the primary comment that comes back is, ‘Hey, it tastes like the pizza I had last night that I put in the fridge.’”

The pizza, which features a high-heat-tolerant mozzarella cheese, stands as “a great example of using food science to meet the challenging and unique requirements for military rations,” CFD director Stephen Moody said in an Army press release.

Researchers have been working on the “Holy Grail of MREs” for decades, Army officials said. They finally hit upon a solution “by getting down to the molecular level of the sauce and trying different drying methods to preserve the pie,” according to Military.com.

“We’re looking at new shelf-stable bread formulations to form a crust that’s recognizable to what a soldier would expect a pizza to taste like,” said Paul DellaRocca, another CFD official, told Military.com back in 2013. “We have to look at formulations that maintain texture, flavor, appearance, odor, so that, after three years, when they open it up, it’s going to have the same qualities as it did on day one.”