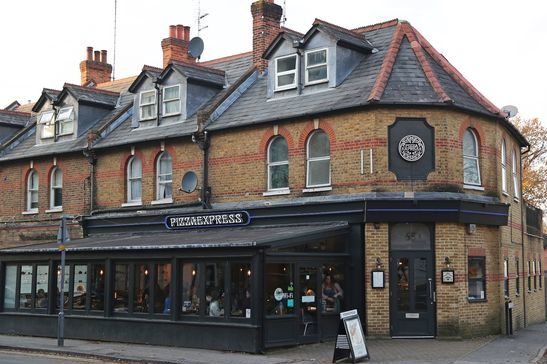 Online reviews can be a pain in the neck, and the ridiculous ones make the headlines. Maybe in this case for Pizza Express, any publicity is good publicity.

Prince Andrew of the British royal family recently gave an unprecedented interview to BBC in which he tries to refute claims that he slept with a 17-year-old provided by Jeffrey Epstein because he was instead at Pizza Express on March 10, 2001.

He told interviewer Emily Maitlis: “I was with the children and I’d taken (Princess) Beatrice to a Pizza Express in Woking for a party at, I suppose, sort of 4 p.m. or 5 p.m. in the afternoon.”

And that interview took TripAdvisor’s website by the storm. Within minutes of the Duke’s interview, mock reviews piled up of that specific day at that pizzeria.

One reads: “Pizza Express Woking is like no other pizza express [sic]! It’s a memory which will never disappear once you visit the Woking branch. It’s amazing the lasting effect a pizza can have on you! The pizza is so good from this specific branch it gives you the ability to not only remember what year you visited but the exact day and month! Truly incredible.”

And yet another reviewer even quips that perhaps they saw the Duke of York themselves: “Love this place. I had a cracking pizza here in 2001. I remember it was 2001 because it was very strange, the guy next to me had an American Hot pizza with extra chillies[sic]…not a drop of sweat came off him. Very odd.”

TripAdvisor took down the reviews and posted this message atop its page: “Due to a recent event that has attracted media attention and has caused an influx of review submissions that do not describe a first-hand experience, we have temporarily suspended publishing new reviews for this listing. If you’ve had a firsthand experience at this property, please check back soon — we’re looking forward to receiving your review!”
Related: England’s Pizza Express Installs iPod Docks in Booths
However, its Facebook page has a few more of those snarky comments.  One reads: “Like many people out there, there is one day in 2001 for which I shall never forget my exact whereabouts. That date was of course the first of my rare visits to Pizza Express Woking. With this news I shall be certain to visit again!”

It is unknown if sales spiked or declined for that pizzeria, but its 15 minutes of fame brought it a reporter for SurreyLive.com that recently gave it a positive review.