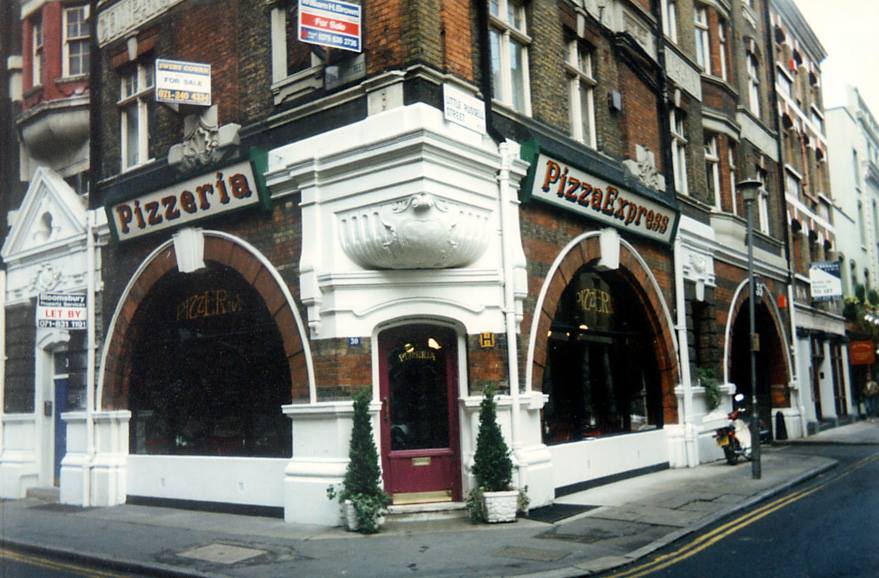 Bloomberg reports that the Pizza Express hired financial adviser Houlihan Lokey Inc. to prepare for debt renegotiation with creditors. The casual dining chain has £465 million ($573 million) of secured bonds due August 2021 and £200 million of unsecured notes due 2022.  The latter is a loan repayable to Pizza Express’s current owner, Hony Capital, the Chinese private equity that bought it in 2014 for £900 million ($1.54 billion).

BBC reports that the interest alone on the enormous debt costs the company £93 million a year, wiping out its operating profit.

Pizza lovers flew to Twitter to mourn the beloved pizza chain, believing that a massive debt would cause it to fold.

Ah FFS. This is genuinely the best pizza I’ve ever had outside Italy. Never a bad experience, food is A1, many an emergency delivery to Kavanagh Towers during a debilitating hangover.
Save #pizzaexpress https://t.co/0zaXQTcdXB

Will this be my last? 🍕🙈😭#pizzaexpress pic.twitter.com/o6hXXwCOix

Oh god not #pizzaexpress as well 😩😩 I’m so sorry I haven’t visited for a while please don’t take the genius that is a carbonara pizza away from me #allofmyfavouritecarbs 🍕❤️ pic.twitter.com/qnagE2DWw3

#SavePizzaExpress this is literally my favourite restaurant with the BEST pizzas!!! It has to be saved 😢 #pizzaexpress pic.twitter.com/3pcG2qbMM2

Gutted to see the news about #pizzaexpress being in trouble…we were there just yesterday talking about how child friendly it was…the waitress gave our kids their own dough to make dough balls! #pizzaexpress pic.twitter.com/s0sPzvYOUy

If @PizzaExpress fold, does that mean they’re rebranding as Calzone Express? 🤔#PizzaExpress

However, the business editor at INews, Laurie Havelock, tweeted that not all was bad news.

As the only way to reclaim their debt would be to sue P.E – or, if it collapses, its administrators – and recover a fraction of the price

TLDR: Yes, casual dining is a tough sector and yes, Pizza Express is making less money. But creditors are unlikely to try and drive it into the ground, and you should be able to eat all the romana bases your tum can handle (until at least 2021…)

Pizza Express sources (sauces?) very much playing down the suggestion that the chain is in trouble.

Bondholders forming a group does suggest some anxiety though.

By my reckoning, the proceeds of one pizza slice out of every six you buy goes direct to paying interest on debt.

It’s a lot of debt but that’s how private equity ownership works. The PE owner makes their money on debt interest payments and then a sale of the business. Companies can be doing well but reporting a loss at pre-tax level. Inherently more risky but doesn’t mean imminent collapse.

Pizza Express soaked in the outpouring of adoration, reassuring them all was well with a tongue-in-cheek Facebook video below. The pizza chain has until 2021 to refinance its debts, so until then, get as many dough balls as your heart wishes.