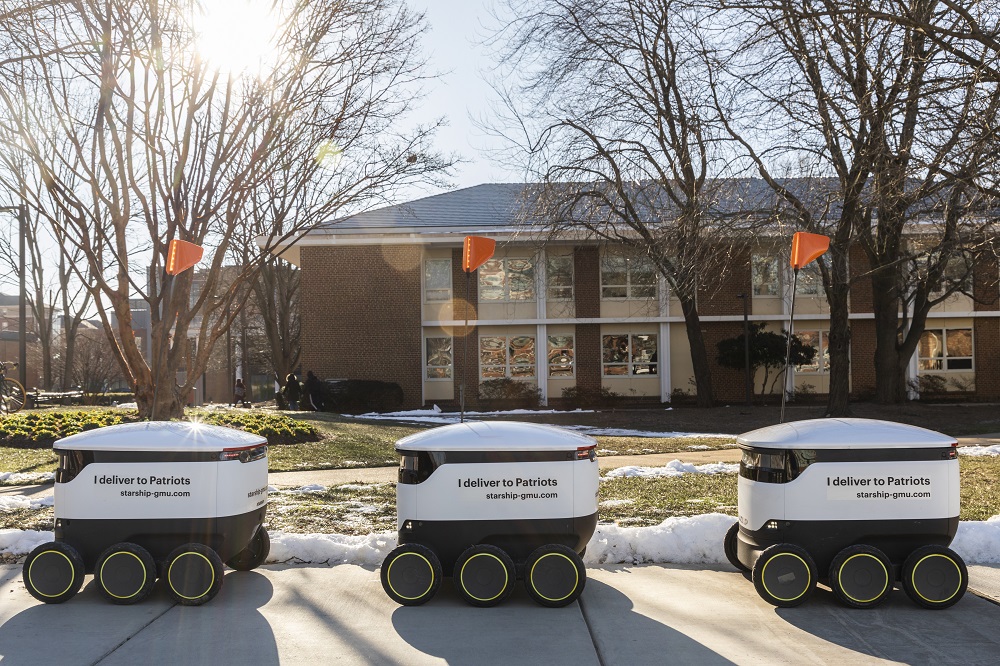 Hospitality company Sodexo, which manages dining services at GMU and hundreds of other colleges and universities, has partnered with Starship Technologies in Redwood City, California, to offer the service to students, faculty and staff. Anyone on campus can use the Starships Delivery app to order food from Blaze Pizza, Dunkin’ Donuts or Starbucks as well as on-campus grocery store called Second Stop. The service launched on January 22, and the university said more food options will be added over time.

Twenty-five robots are available to make deliveries from 8 a.m. to 9 p.m. A delivery fee is added to each order. The robots resemble large beer coolers with six wheels. The self-driving mini-vehicles can hold up to three pizzas along with a few salads and drinks, with temperature-controlled compartments ensuring that the pizzas stay hot and the drinks stay cold.

They can tool around the campus at about 4 m.p.h., but they can’t enter buildings—customers have to meet them at the door. When a robot arrives, the customer uses its app to unlock the storage compartments and take their food. Delivery time is typically within 30 minutes. 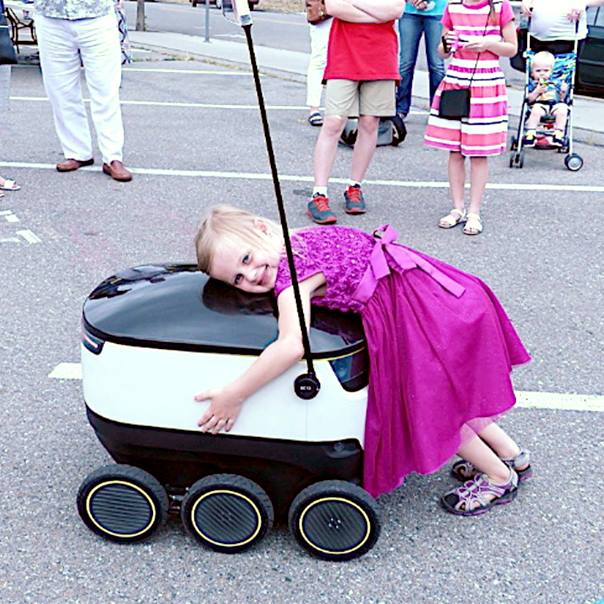 “With a fleet of more than 25 robots at launch, this initiative is the largest implementation of autonomous robot food-delivery services on a university campus and is representative of Sodexo’s next-generation technology portfolio for the college and university market," Sodexo and Starship Technologies said in a joint press release.

The companies noted that the delivery service is provided as part of student meal plans.

“Being able to get food delivered to me within minutes is going to be fun and convenient,” GMU student Jenna Dayton said in the press release. “The lines can get long in between classes, and once you get a table at the library, you don’t want to give it up. Not only will this make my life easier as a student, but I’m going to get a visit from a robot!”

Food delivery services like DoorDash and Postmates have also been offering delivery via robot in several markets around the U.S., including Redwood City and San Francisco, California, and Washington, D.C.