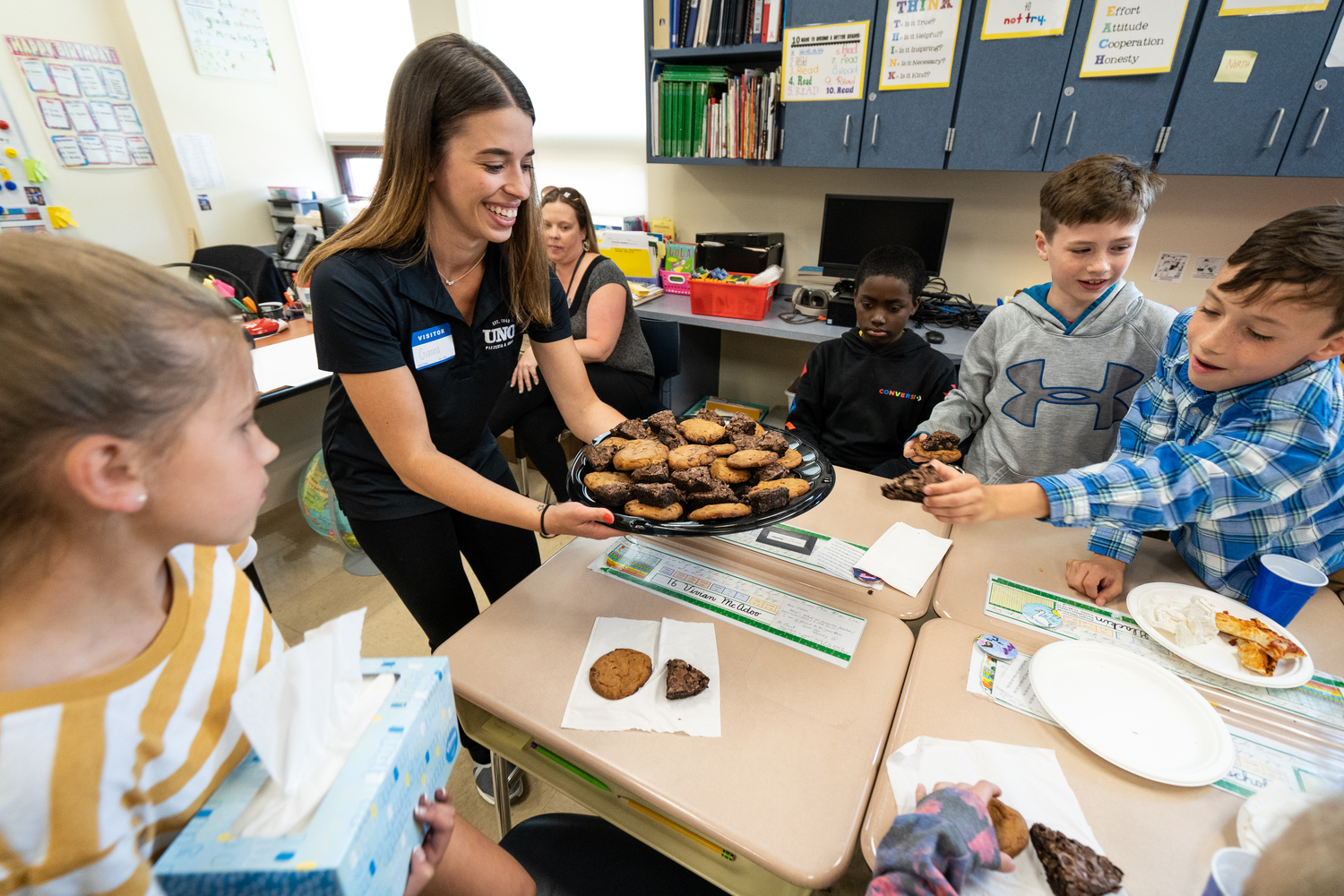 Fourth-graders at Wallingford Elementary School get ready to dig into dessert after enjoying free pies from UNO Pizzeria & Grill.

This was proven true when Boston-based UNO Pizzeria & Grill changed its corporate drinking-straw policy for all of its 100 restaurants after its CEO, Jim Ilaria, received personal and persuasive essays from various students and their teacher, Mrs. Susan Knight. But Ilaria didn’t just listen to the kids—he paid them a visit and brought a bunch of pies to celebrate.

In hopes that executives would use their positions to bring about positive change for the environment (and just in time for National Ocean Month), the children delivered thoughtfully researched arguments to corporate leaders about the harm plastic causes to our oceans and marine life, accompanied by requests to reduce the use of plastic straws in UNO’s restaurants.

Impressed, and in agreement with the fourth graders, Mr. Ilaria immediately rolled out a new companywide “by-request-only” drinking-straw policy. The move garnered widespread media coverage for the pizza brand, and Ilaria followed up with a pizza party, organized by a UNO franchise location in the nearby city of Chester, for the children on June 14.

“I was impressed by the logic of their arguments and how they appealed to both my heart and my business mind,” Ilaria said. “As an avid SCUBA diver who has seen the plastic debris in our ocean and as a former member of the U.S. Environmental Protection Agency, I understand and appreciate the importance of source reduction, recycling and waste minimization. I am proud that I have the ability to make this change, and I’m excited to recognize the significant actions of these young students.”

“My students have been energized to make a positive change in this world, especially after learning about the damage caused by single-use plastic straws,” said Mrs. Knight. “It has been such a joy to teach this passionate group of fourth graders, and I am so very grateful to UNO and Mr. Ilaria for recognizing their efforts by changing to a ‘request-only’ straw policy AND by hosting a pizza party. It just doesn’t get better than that for a bunch of remarkable ten-year-olds!”