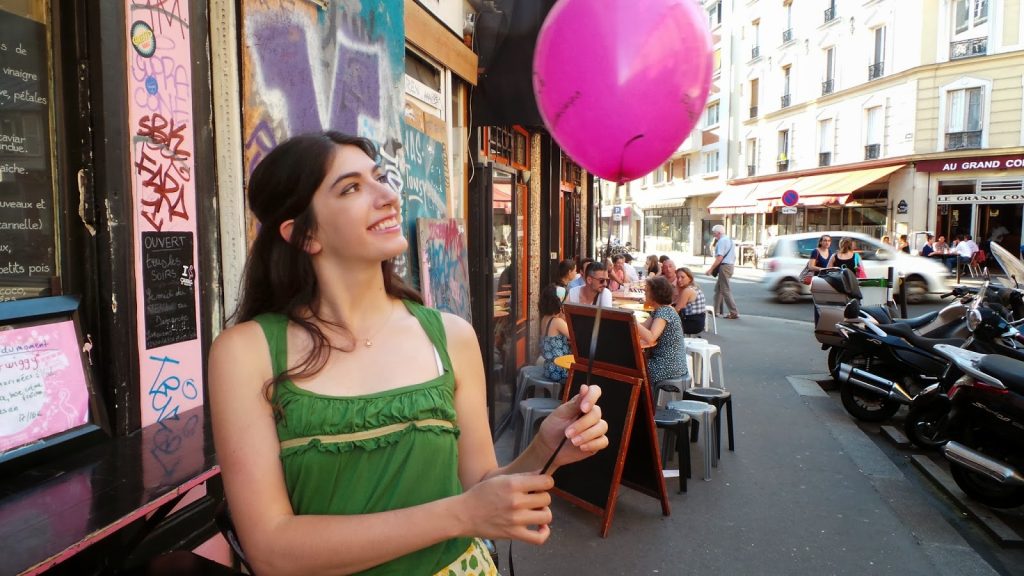 In Parisian summer, staying in your shoebox-sized studio during waves of warm weather is unbearable. In most places, air conditioning is not really an option, unless you're a pricey brasserie or a place catering to tourists. Although tourism increases in the summer months, Paris' local population takes a definitive dive with some neighborhoods becoming complete ghost towns. For so many locals, the solution to battling the heat is to sit in the open air, having picnics along the water. The tradition of river lazing is so popular during the summer that the city of Paris sets up a faux beach along the Seine in the heart of downtown for the hottest weeks of the year. But anytime the weather is good, you'll find packs of crowds along small bodies of water, drinking wine, eating rich cheese, smoking hand-rolled cigarettes and doing general French things.

When most restaurants see their home-based customers fleeing, Pink Flamingo Pizza found its niche. Located two blocks from the St. Martin Canal, a popular picnic spot, this pizzeria specializes in canal-side pizza delivery. Customers go to the store, order a pizza, pay, get a pink balloon, which will help the delivery person locate them on the canal, find a spot on the water, and kick back and wait! Today, the area of Canal Saint Martin is packed full of picnic-philes during the summer months. But when Pink Flamingo first opened its humble doors in 2005, people didn't idle by the water with food and drinks.  Owners Jamie Young and Marie Ravel opened Pink Flamingo near the canal with the idea of delivering canal-side from the start, but it took some pressuring customers at the beginning to get things moving.  Young states that they would force a helium balloon into a customer's hand and tell them, "Trust me, go sit on the canal. Just go!"  Customers seemed unsure, but would hesitantly head over to wait for their pizza.  In time you could see several balloons waving along the canal, a testament to their popularity.​

Perhaps as exciting as the pizza itself is getting a hot pink balloon right after placing your order!  It's an immediate reward that Pavlov would be proud of.  My inner child comes alive and I'm happy to carry around the balloon the rest of the evening which is appropriately branded with their flamingo logo.

The hot pink balloons aren't the only thing flashy about the Pink Flamingo.  Their interior decor screams vintage, punk and rebellion.  Plastic flamingos, colored lights and vintage objects decorate the stores.  They truly live up to their slogan, "pas come les autres" or "not like any other." 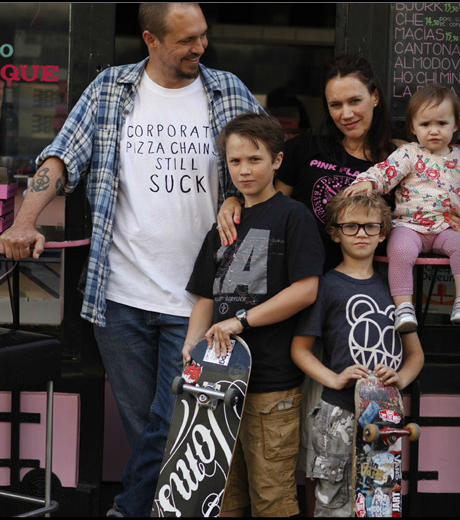 Young began his career in pizza making with he was just 18 years old and like riding a bike, he kept his skills with him when he moved to France and began working in a kitchen which served pizza in a full scale restaurant.  "About 10 years ago, the quality of pizza in Paris was really low.  There was maybe one or two places for a decent pizza and that was it."

While his focus wasn't initially geared toward pizza, Young discovered that pizza was entirely versatile and became the subject of his culinary experiments. At the end of the day in the restaurant, he began gathering the leftovers from the plat du jour or daily special and putting it on the next day's pizza.  Pizzas with nontraditional ingredients like cuban pork and boeuf bourguignon became a reality. 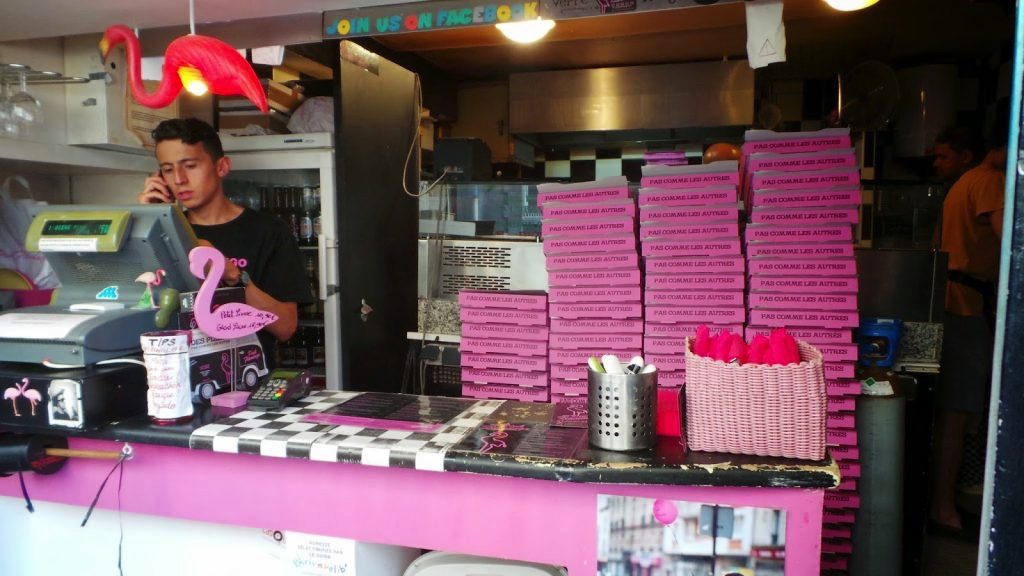 In Paris, where food has its strict rituals and boundaries, this kind of pizza had never been seen before.  Parisians were horrified and intrigued at having their favorite meals sold on a pizza.  Soon Young was having customers asking about the daily special so that they could come back the next day and have it on a pizza.  Before long Young realized that within Paris' food authoritarianism, there was a market for something fresh and innovative, something rock n' roll, which they named Pink Flamingo.

Young notes that although the figurative "Parisian nut" has been cracked into enjoying far-out pizza, his most enthusiastic customers are British and Americans who are much more open to trying pizza which is "unlike any other."  Many Brits and Americans discover Pink Flamingo through the Lonely Planet guidebook, which lists Pink Flamingo as one of its restaurant picks in Paris.

Today Pink Flamingo is six stores strong in three different countries: France, Spain and the Netherlands. Young says he and his wife are considering opening their next store on the American West coast since it's so popular with the American crowd.  Also, after 15 years in rainy Paris, a little California sunshine wouldn't hurt.