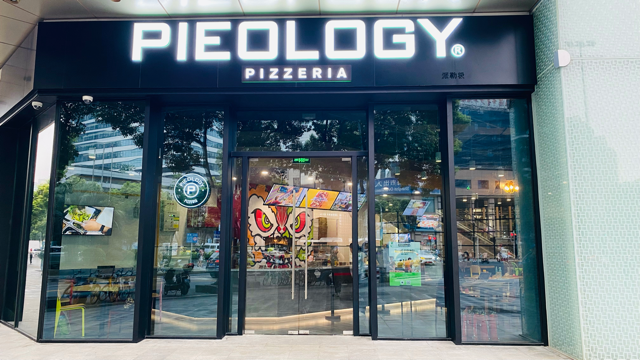 California-based Pieology and TZG Partners on July 29 opened China’s first fast-casual pizzeria in the center of downtown Shanghai, with plans to rapidly expand its presence throughout the most populous country on the planet.

Last October, Pieology announced a major strategic alliance with Shanghai-based TZG Partners. Along with other master franchisees in Mexico and Spain, the company expects to more than double in size in the next five years.

The opening has generated positive attention on Chinese social media as well as excitement from the TZG team and guests. According to a press release, Pieology added more than 1,100 loyalty members in just two days during the soft opening.

“The store is a living, breathing example of Pieology’s brand purpose of ‘serving individuality,’ with a custom loyalty program, regionalized crust and topping offerings, and a one-of-a-kind store experience that resonates with the residents of Shanghai,” said Pieology CEO Gregg Imamoto. “We’re very confident in TZG Partners and the team they’ve built to strategically grow our brand long-term.”

He added that Pieology believes opening in China will also provide the company with a gateway for opening restaurants in neighboring Asian markets.

Novel menu items targeted to Chinese pizza lovers include the Bamboo Charcoal Thin Crust and kimchi as a topping option. The shop offers patrons both digital and analogue games as well as artwork by local artists, featuring dragons and the famous Shanghai skyline.

“We’re excited to partner with Pieology and grow the brand in China,” said BC Park, CEO of Pieology China. “Leveraging our team’s deep experience in pizza and restaurant operations and Pieology’s strategy and high-quality product offerings, we’ll be able to create a unique market experience for our local customers and bring make-your-own pizza to life across China.”