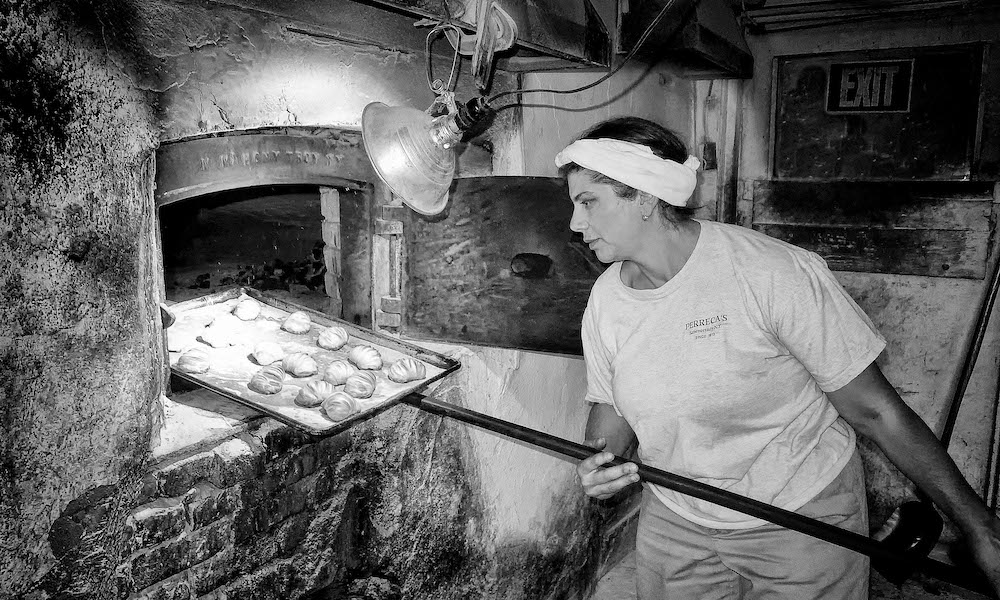 Perreca’s Bakery in Schenectady, New York, made The Daily Meal’s list of the 101 Best Pizzas in America for 2020, but the long-standing Italian-American bakery has another claim to fame: It’s reportedly a favorite of actor Jack Nicholson.

Perreca’s, which has an adjacent restaurant called More Perreca’s Italian Kitchen, came in at No. 70 on the Daily Meal list, which noted that it “uses a coal-fired oven to bake a much-desired bread, and the star of the show—tomato pie—gets seasoned red sauce with Romano and Parmesan cheeses served at room temperature.”

Related: This unique pizza style has put Windsor, Ontario on the culinary map.

But it’s not the tomato pie that attracts the Oscar-winning star of movies like One Flew Over the Cuckoo’s Nest and Chinatown. Nicholson took a “shining” (pardon the pun) to Perreca’s bread while filming Ironweed in the area back in 1987, according to WMHT. The legendary actor still has the bread shipped or carried by friends to his home in California.

According to Perreca’s website, Salvatore and Carmella Perreca started the bakery nearly a century ago after moving to the U.S. from the little village of Nola, just outside Naples, Italy. “Their bread had to have the authentic thick crust and unique nutty flavor found in [breads made] in their native region of Italy,” the website explains.

During the Ironweed shoot, Nicholson’s driver, a man named Paul DiCocco from Schenectady, took him to all of the local food spots, including Perreca’s. “Jack was hooked immediately on the bread,” Maria Papa, who co-owns the bakery today, told WMHT in 2017. “His driver would buy the bread every day and bring it to the set.”

Although Nicholson paid at least one visit to Perreca’s, Papa’s mother, who was running the shop at the time, told few people about it. In fact, Papa said, the Perreca’s matriarch “barely knew who he was. She loved him for loving our bread.”

To this day, Perreca’s still prepares orders for Nicholson, although he doesn’t show up in person anymore. “We’ll get friends of Jack Nicholson’s coming through Schenectady, on their way back to Los Angeles, to get bread so he can have it on the same day,” Papa said in the WMHT interview. “It’s usually a neighbor or a friend. And they say they’re told ‘not to come back without the bread.’”

Nicholson’s former driver, DiCocco, still maintains ties with the actor and also shows up to buy bread for Nicholson. DiCocco told Papa that the actor stores the bread in his freezer “and guards it like nothing else.”