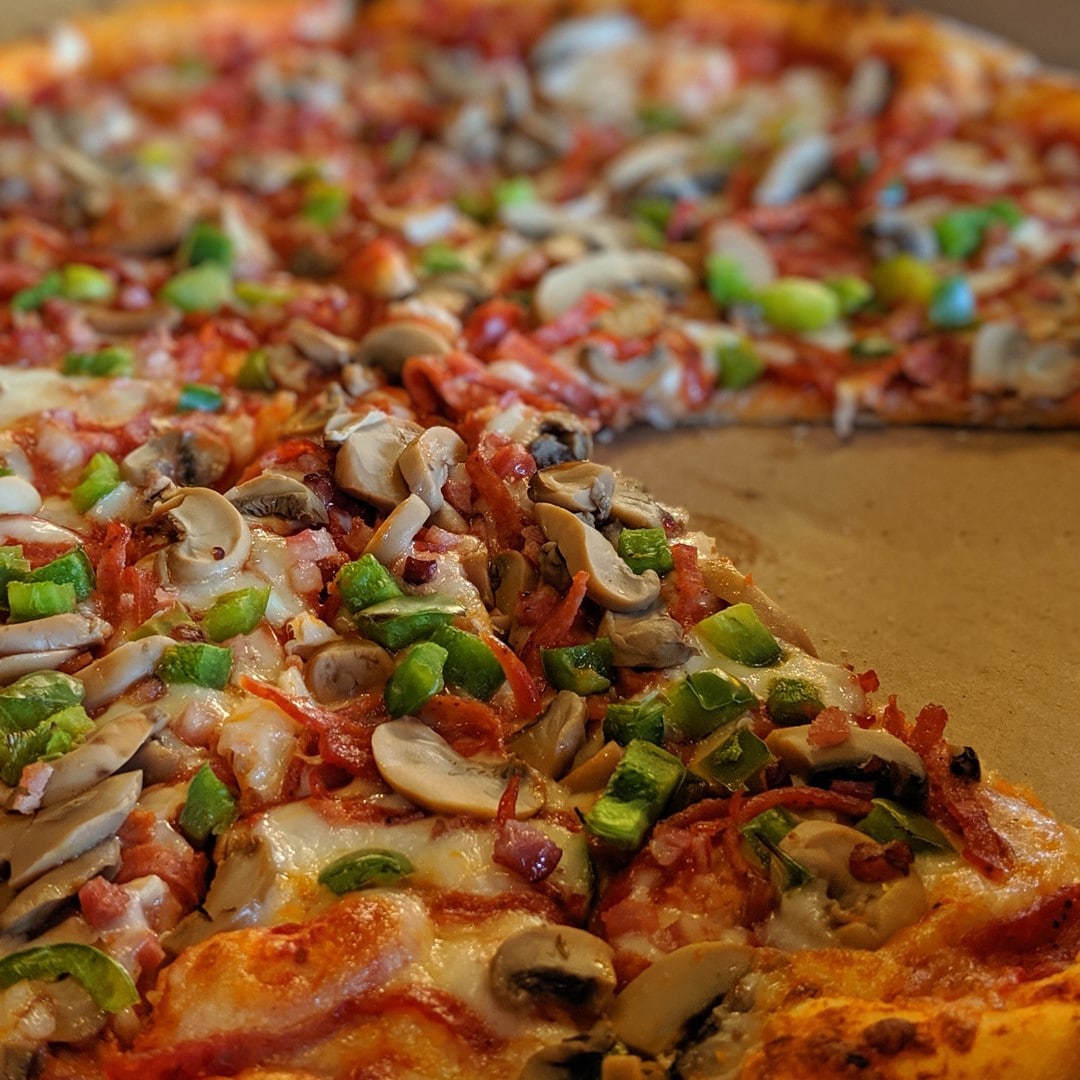 A Windsor-style pizza from Armando's Pizza in Windsor, Ontario, Canada.

Watch out, New York, Detroit and Chicago. Not only does Windsor, a city in Ontario, Canada, claim to have its own unique pizza style, it has launched a hometown pizza club to promote tourism and locally owned independent pizzerias.

The tourism board received a federal grant for the project and has launched a Windsor Pizza Club website and a snazzy YouTube video (scroll down to see it). The organization had been looking for a way to showcase the city’s unique offerings, CEO Gordon Orr told Yahoo Canada. “When we came up with the concept of pizza, we looked no further,” he said. “We know we’ve got a delicious product, and if we bundled it together, it would be something worth bragging about.”

Club members can visit their favorite participating pizzeria to pick up a free membership card. They get their cards stamped every time they place an order; once the card is filled, they can redeem it for a T-shirt bearing the Windsor Pizza Club logo and the slogan, “In Crust We Trust.”

Pizza is a pretty big deal in Windsor. The Windsor Public Library describes the city as “one of the best places to eat pizza in North America.” Capri Pizzeria even purchased naming rights for a local recreation complex in 2017, as the Windsor Star reported.

More importantly, the city proclaims itself the home of the Windsor-style pizza. This style features a medium-thin crust, locally made mozzarella from Galati Cheese Company, canned mushrooms and julienne-cut shredded pepperoni. “When you bite into a round pepperoni, sometimes you get the whole pepperoni, but then the next mouthful could be all cheese,” the Windsor Public Library explains. “The idea is that shredding [the pepperoni] means every bite of Windsor pizza should have the taste of pepperoni.”

Made with a secret blend of spices and a lot of oregano, the spicy-sweet sauce accounts for at least 50 percent of the Windsor-style pizza’s flavor. Meanwhile, the canned mushrooms reportedly make the crust less soggy. “Even though the entire market and industry has shifted toward fresh mushrooms, the flavor profile of a classic Windsor-style pizza calls for canned mushrooms,” Joe Ciaravino, president of Antonino’s Original Pizza, told the Windsor Star. “And, frankly, I think it goes better, especially on the classic Super [pizza]: pepperoni, bacon, mushrooms [and] green pepper.”

Ontario Culinary says Windsor-style pizza has become so popular that visitors to the city have started bringing par-baked versions of the pies home with them on flights.

Related: The moneymaking power of the D.C. jumbo slice