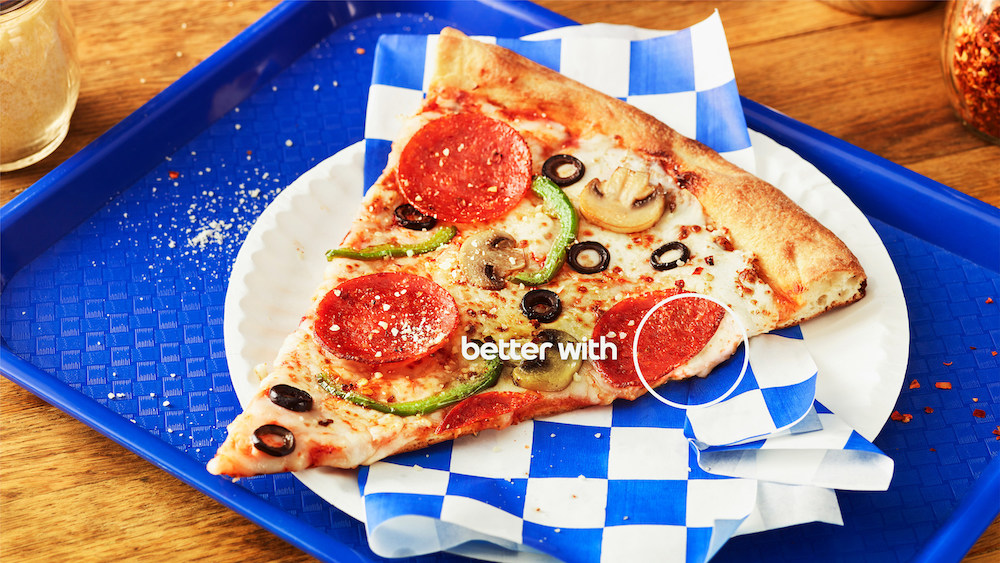 Related: Is Domino’s facing a reversal of fortunate at last?

This article has been updated and corrected from the original version, which erroneously stated that the Pepsi-Roni topping was a collaboration between Pizza Hut and the Culinary Institute of America. This is not a Pizza Hut promotion.

In what might be one of the oddest culinary innovations in years, Pepsi has introduced the Pepsi-Roni Pizza, featuring pepperoni infused with a Pepsi Zero Sugar reduction. The new topping is a collaboration between Pepsi and Culinary Institute of America (CIA) Consulting.

According to a press release, “The unique topping recipe designed by Pepsi and CIA Consulting includes a Pepsi Zero Sugar reduction instead of the water typically used in pepperoni preparation and layers the sweet and citrus zests Pepsi is known for with the standard spice blends found in pepperoni.”

“The concept is quite simple,” said David Kamen, director of client experience for CIA Consulting, a business unit of CIA. “Pepperoni brings a smokey spiciness, and the Pepsi adds a citrusy sweetness.”

To celebrate National Pizza Party Day, Pepsi introduced its Pepsi-Roni pizza at Made In New York Pizza West Village on Hudson Street in New York. The limited-time offering was very limited indeed—it was only available from 11 a.m. to 3 p.m.

The press release doesn’t mention an expanded roll-out of the Pepsi-Roni pizza, but TheStreet.com reports that the pie will be offered next week in other markets, including Los Angeles, Detroit, Miami and Chicago.

Writing for Elite Daily, Annie Lin made sure to get a slice or two and was impressed. “The sweetness of Pepsi came through on the first bite,” Lin wrote. “It was noticeably smoky and caramelized. Hey, if salted caramel can work, why shouldn’t sweet pepperoni? The balance between the savory, creamy cheese and the tartness of the tomato sauce worked impeccably well with the maltiness of the Pepsi-Roni. Bonus points for the perfectly toasted edges of the Pepsi-Roni that added a slight crunch to the texture. My only wish is for there to have been more Pepsi-Roni pieces on the pie because they were that good.”