Is Domino's Facing a Reversal of Fortune at Last? - PMQ Pizza Magazine 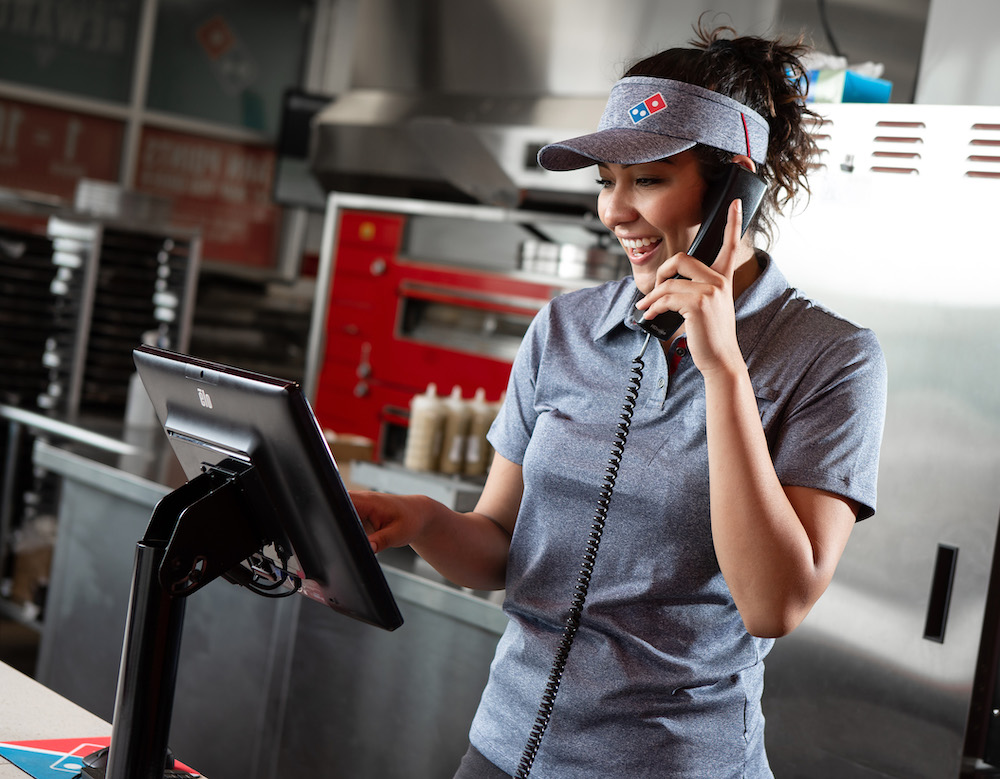 Related: Is third-party delivery the answer to Pizza Hut’s woes?

Domino’s, the reigning powerhouse champ of pizza chains, is struggling with U.S. same-store sales declines, thanks to inflation and workers who want better-paying jobs in the pandemic era. Is this a sign of a reversal of fortune for the country’s No. 1 pizza chain?

The brand reported a U.S. same-store sales decline of 3.6% for the first quarter of 2022, and outgoing CEO Ritch Allison told investors it’s “shaping up to be a challenging year,” according to Nation’s Restaurant News (NRN).

In a recent earnings call, Allison said, “We faced significant inflationary cost pressures … Stores close to fully staffed did not do much better as compared with stores not as fully staffed.” But he added that “consumer demand for Domino’s remains very strong.”

Attracting and retaining workers remains as much a problem for Domino’s as it has been for other restaurant chains and many independents. Due to staffing challenges, some Domino’s stores have been forced to close down early on occasional nights in 2022, which was previously unheard of. The result: Domino’s U.S. locations were cumulatively closed for the equivalent of nearly six days around the U.S.

That’s not how Domino’s rolls. “The only person more disappointed than the person who can’t order Domino’s is the franchisee,” Domino’s incoming CEO, Russell Weiner, said in the earnings call, as NRN reports. “We take so much pride in being the last to close and first to open … closing six days this quarter is not part of our DNA.”

According to a recent Reuters report, industry analysts say staffing problems have actually abated for many U.S. restaurants, and Domino’s problems could get worse as more Americans grow weary of delivery and return to dine-in establishments in larger numbers. “We expect any improvement in the restaurant macro-environment to be a potential headwind for Domino’s, given a rotation back to in-restaurant dining,” Matt Goodman, a senior equity analyst with M Science, told Reuters.

In a press release, Allison said Domino’s “faced a number of headwinds during the first quarter, from the Omicron surge to staffing shortages to unprecedented inflation, which pressured our results. We are actively implementing strategies designed to address them; however, we expect some of these headwinds are likely to persist further into 2022.”

Domino’s isn’t struggling all by its lonesome. Pizza Hut’s U.S. same-store sales dropped 6% in Q1 2022, and the chain blamed it on staffing challenges as well. But their other big rival, Papa Johns, is doing just fine: The company reported same-store sales growth of 1.9% this past quarter.

Domino’s saw its U.S. same-store sales go down by 1.9% in the third quarter of 2021, breaking a streak of 41 consecutive quarters of growth. But the chain rebounded in the fourth quarter with an increase of 1%. Some industry observers have wondered why the company continues to stick with in-house delivery, eschewing opportunities provided by third-party delivery companies that Papa Johns and Pizza Hut have embraced.

It remains to be seen whether Domino’s will rethink its delivery strategy. But with third-party leaders like DoorDash and Uber Eats snapping up more and more drivers that Domino’s needs, the brand might not have a choice.