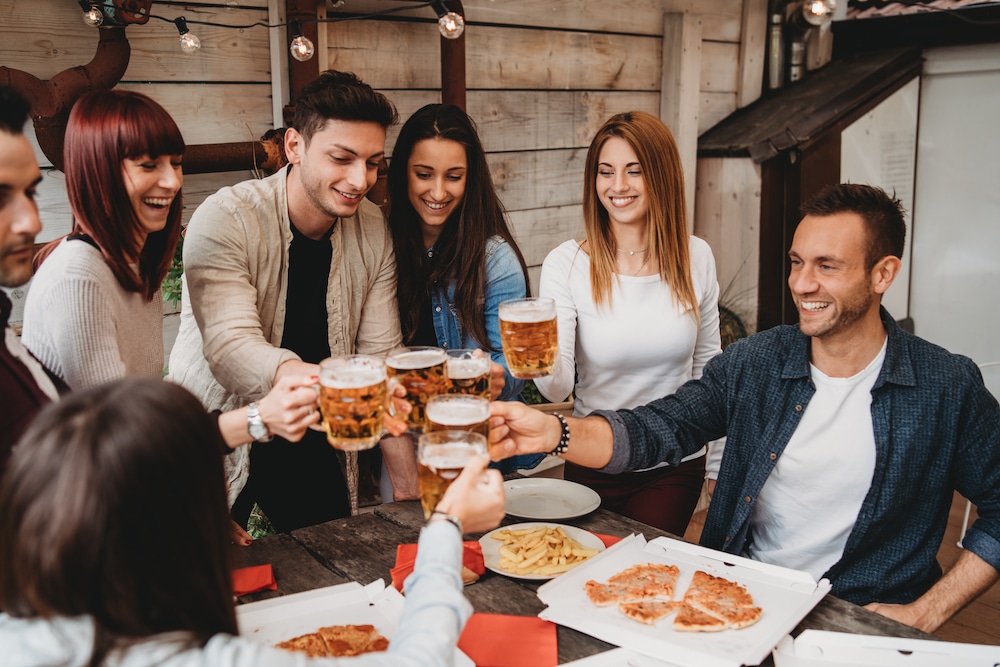 The city’s existing outdoor dining plan was scheduled to expire on October 31.

The new plan has the support of the New York City Hospitality Alliance. Restaurant and bar owners have been asking for an extension of outdoor dining for months. Many believe that, with a 25-percent limit set for indoor dining, al fresco service is the only way they can survive the coming winter. As of August 2020, nearly 10,000 restaurants had set up outdoor seating in New York City, according to the New York Times.

In an interview with Brian Lehrer on WNYC, de Blasio said outdoor dining will be permitted year-round. “I want us to go for the gold here,” the mayor told Lehrer. “I really want us to take this model and make it a part of the life of New York City for years and generations to come. This has been, I think, an extraordinarily positive experiment, and it’s worked.”

“I believe this is going to make it a lot easier for restaurants to survive,” de Blasio added.

Under the new plan, restaurant operators can expand their outdoor dining space to include seating in front of adjacent businesses with permission from those neighboring businesses and their landlords. Outdoor dining areas will need to be “more open” to allow airflow, de Blasio said. if the space is fully enclosed to maintain warmth, the restaurant will have to adhere to the 25-percent capacity limit imposed on indoor service.

The city’s Open Streets program—in which designated blocks are closed to traffic to allow dining in the street—has also been made permanent. The program has been a hit with restaurateurs and customers alike, de Blasio said, and “creates kind of a festival atmosphere.”

“We depend on the [restaurant] industry so much in this city,” de Blasio said. “It’s part of who we are. [Restaurants create] many jobs, and we want to save these restaurants.”

New York Governor Andrew Cuomo earlier this month announced that restaurants statewide would be allowed to resume indoor dining at 25-percent capacity on September 30. Some restrictions still apply: Bar service will not be allowed, and restaurants must follow strict safety protocols and close at midnight. If the state’s COVID-19 infection rate doesn’t increase by November 1, Cuomo’s office said, “restaurants may be permitted to go to 50-percent capacity.”

According to the Times Union in Albany, New York City’s COVID-19 positivity rate has climbed above 3 percent, with clusters in sections of Brooklyn, Queens and Rockland County. The surge is concentrated in communities with large populations of Orthodox Jewish residents. Cuomo said he plans to ramp up testing in those areas and meet with religious leaders to discuss the outbreaks.