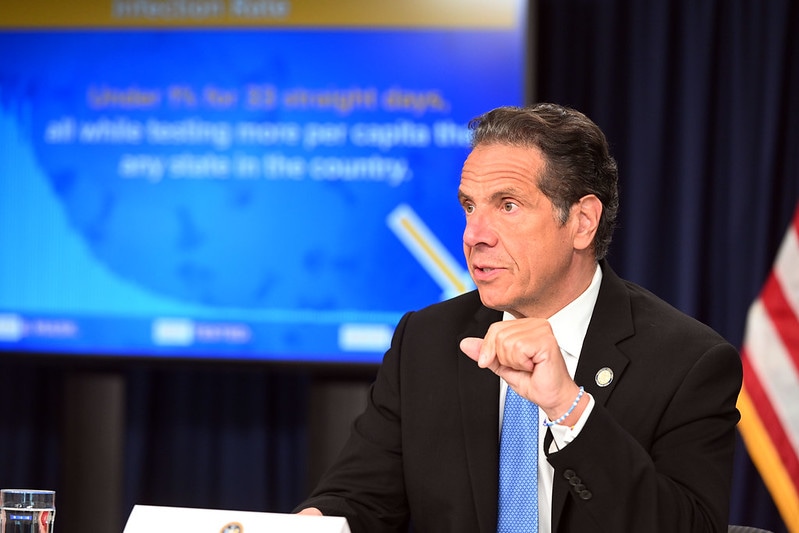 After a six-month closure, New York Governor Andrew Cuomo has announced he will allow restaurants to resume indoor dining on September 30, with a 25-percent capacity limit and no bar service.

Restaurants will be required to close at midnight and adhere to strict safety protocols, including temperature checks, contact information for tracing, and face coverings (except when guests are seated). In the announcement, Cuomo’s office said the guidelines will be reassessed based on COVID-19 data by November 1, adding, “If the infection rate [currently at .9 percent] does not increase, restaurants may be permitted to go to 50 percent capacity.”

Related: Facts vs. fiction and strategies for pizzeria success in the pandemic

“This is good news and the right step forward, especially for restaurant owners and staff who have been struggling through this time,” Cuomo said in a statement. “But it is up to all of us to ensure compliance and the health and safety of those around us.”

The city will create a team of 400 enforcement personnel to work with the State Police Task Force in making sure restaurants follow the rules. Restaurants must post notice of the 25-percent indoor capacity policy in a public area of the restaurant along with a phone number and text number customers can use to report violations.

Bill de Blasio, mayor of New York City, has said he disagrees with Cuomo’s plan. He wanted a later opening date and a firm requirement to shut restaurants down again if the COVID-19 infection rate shot up, according to Politico. He said he had been trying to work out a deal with Cuomo’s office when he learned that the state had decided to announce the new plan without him.

De Blasio wants a rule that would definitely shut down indoor dining if the city’s positive-test rate climbs to 2 percent on a seven-day rolling average, Politico reported. Cuomo wants to revisit the decision if COVID-19 rates go up, without firmly committing to another shutdown or a specific infection rate that would spark a shutdown.

Related: How to keep your pizza restaurant profitable in the COVID-19 era

“It should be that if we get to 2 percent, we pause, because if we’re already at 2 percent, it means something’s moving in the wrong direction, and we need to take quick measures to stop that from growing,” de Blasio said in a press briefing. “Unfortunately, what we’ve seen around a lot of the world is indoor dining has had a direct connection to some of the resurgences we’ve seen.”

According to Eater New York, more than 1,000 bars and restaurants in New York have closed down permanently due to the pandemic, and more will likely go out of business. Eater New York reported a mixed response to Cuomo’s announcement from the city’s restaurateurs, with some calling it a good starting point and others saying they can’t pay their bills with a 25-percent capacity limit.

“We are financially not viable at 25-percent capacity with no bar service and closed by midnight,” said Giselle Deiaco, owner of Avena, an Italian restaurant, in the Eater New York piece. “On the other hand, it’s a measured response to reopening, with the public health in mind, to prevent a spike or second wave of COVID cases. As restaurateurs, we have to navigate these untested waters [and] still produce to spur economic growth. I mean, we can’t stay at home forever. The economy has to go ahead. I mean, who’s gonna feed us?”