Mushroom Magic: What You Need to Know About This Fungal Fave - PMQ Pizza Magazine 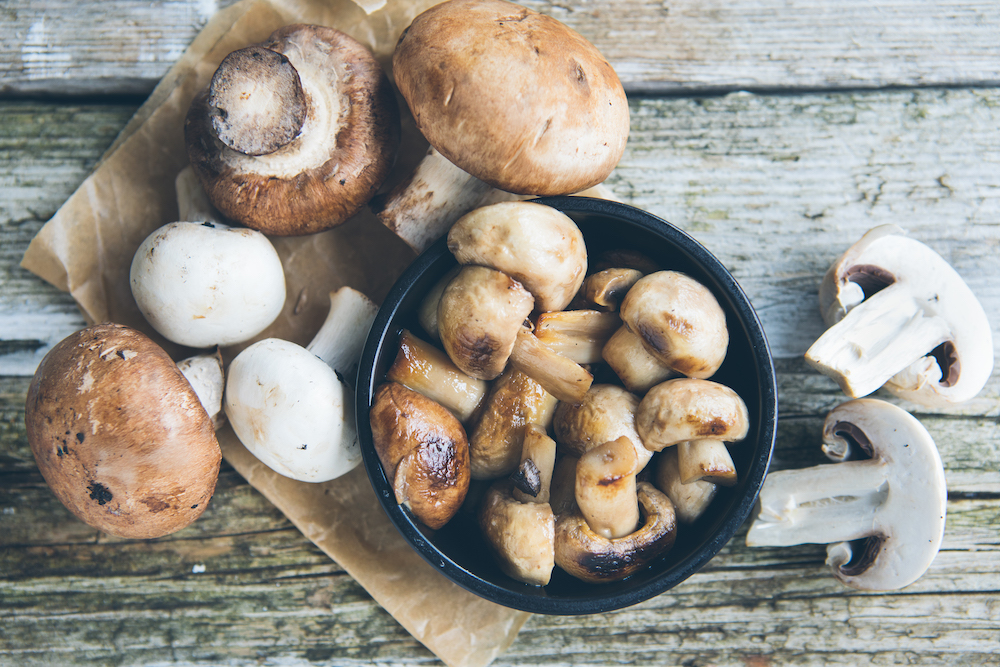 The ancient Egyptians believed them to be the plant of immortality. Other long-ago civilizations thought they possessed supernatural powers. Chefs today consider them to be the “fifth taste,” offering an entirely different flavor sensation called umami.

Mushrooms, once thought fit for royalty, are now one of the most popular vegetables for all of us “mere commoners.” A 2021 YouGov survey found that mushrooms are the third most popular pizza topping after pepperoni and sausage. But mushrooms can be a complicated commodity.

For one thing, there are so many varieties. We’re talking more than 2,500 available today, offering a myriad of flavors and textures to choose from. Portabella (or Portobello), Shiitake, Crimini and White mushrooms (Agaricus) are the most commonly used varieties. But some customers prefer more exotic mushrooms, such as Morels, Oyster, Beech, Enoki and Maitake varieties.

And mushrooms aren’t just great for pizza. For a different kind of hamburger, the Mushroom Council suggests blending mushrooms with your meat—a concoction they call The Blend (complete with trademark symbol)—to boost flavor while adding an earth-friendly ingredient to the plate. Just finely chop your favorite mushroom variety to match the consistency of ground meat, blend it in and cook it as you normally would. Mushrooms, the council notes, add a savory umami taste that creates “an entirely new flavor experience,” plus the chopped ‘shrooms help seal in the meat’s natural juices.

You probably already offer mushrooms as a topping on your pizzas, but there’s still plenty you can learn about these phenomenal fungi. Here are some tips for choosing the right mushrooms and getting the most out of your mushroom inventory. 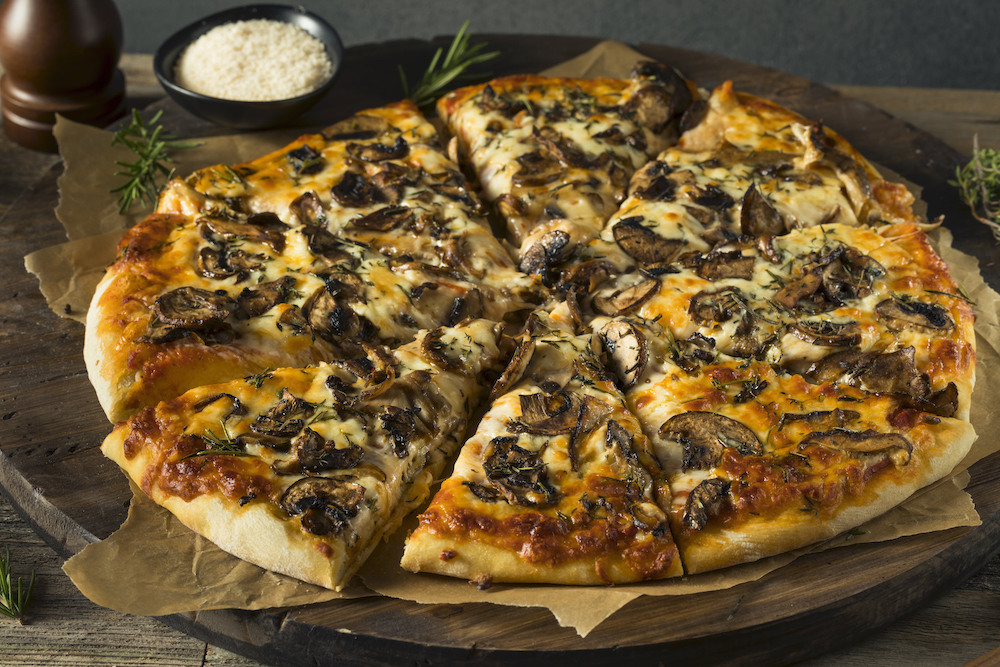 Purchasing and Handling
When buying mushrooms, look for smooth, firm caps without major blemishes. The surfaces should not be slick. Freshly picked white mushrooms have closed veils (meaning the membrane on the underside of the cap is tightly attached to the stem and cap). If the membrane has pulled away, the mushroom has lost some moisture, actually giving it a somewhat richer flavor. Many people prefer open veiled mushrooms for cooking.

Mushrooms should always be refrigerated and used as soon as possible. They’re best when used within a few days of purchase but will keep up to a week. To prolong storage, the Mushroom Council recommends removing the outer plastic wrap and covering them with a paper towel. If purchased in bulk, place your mushrooms in a paper bag to reduce moisture buildup.

Spoilage can be an issue when dealing with mushrooms, so you’ll want to move through your inventory pretty quickly. Try to purchase them shortly after they’re picked, preferably the day after, if possible, and store them in your coldest reach-in refrigerator. Unfortunately, fresh mushrooms don’t freeze well. If you have to freeze them, the Mushroom Council recommends first sautéing them in butter or oil or in a non-stick skillet without fat, letting them cool slightly, then freezing in an airtight container for up to one month.

Mushroom Preparation
Keep in mind that mushrooms are fungi and are often grown in manure. Still, we eat and love them anyway. But the dirt is not processed and contains untold numbers of bacteria. So handling and storage conditions, along with time and temperature, make a big difference.

To clean your mushrooms, remove any clinging particles with a damp cloth or a soft brush. Or place the mushrooms in a colander or strainer and rinse them quickly, then immediately pat them dry with paper towels. Never soak mushrooms because they are porous and will absorb the water. If you don’t use them right away, store them in the fridge.

Mushrooms can be cooked many different ways. A short cooking time usually means a more delicate mushroom, and longer cooking time makes them denser and chewier (the longer mushrooms cook, the more water they lose).

Mushroom Marketing
The Mushroom Council has warned restaurant operators against using the term “wild” when describing their mushrooms. The word turns many people off; the wrong kind of mushroom, after all, can be dangerous. Instead, describe them as “exotic” or “specialty” or simply use the variety’s name, such as Shiitake or Crimini. That sounds fancy enough!

Best of all, you can always remind customers that, aside from the umami flavor this ingredient lends to your recipes, mushrooms rank among the most environmentally friendly pizza toppings. “A mushroom sustainability study reveals the mighty mushroom not only is healthy on the plate, it’s also gentle on the planet,” the Mushroom Council notes on its website. “The study finds production of a pound of mushrooms requires only 1.8 gallons of water and 1.0 kilowatt hours of energy, and generates only .7 pounds of CO2-equivalent emissions. In addition, the annual average yield of mushrooms is 7.1 pounds per square foot, meaning up to 1 million pounds of mushrooms can be produced on just one acre.”