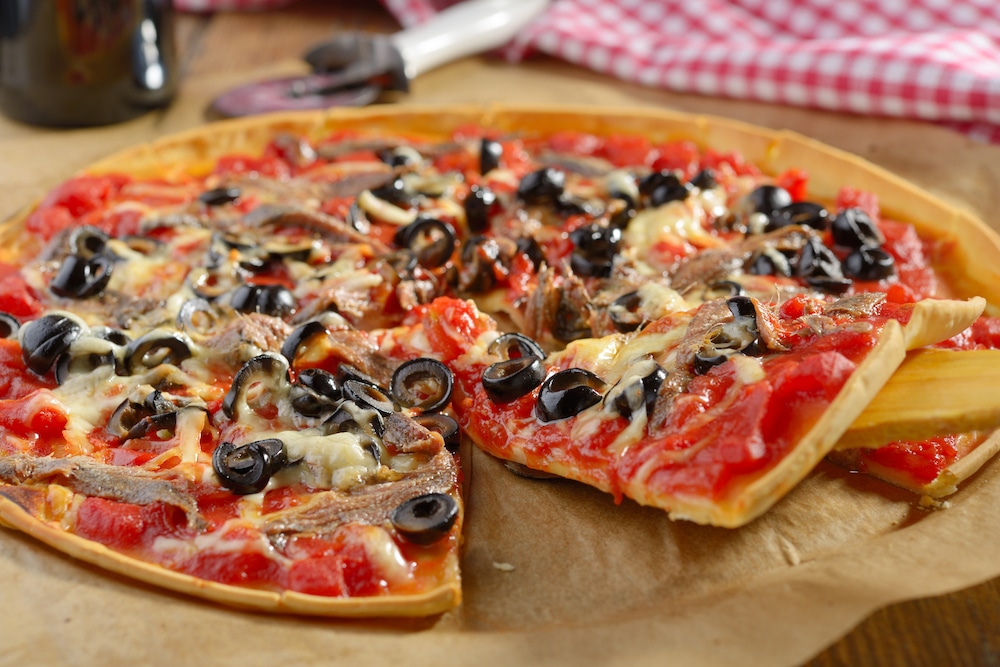 Sixty-one percent of respondents to a YouGov survey named anchovies as their least favorite pizza topping.

Related: Pears challenge pineapples as the most controversial yet delicious pizza topping

When it comes to the most popular toppings on a pizza slice, anchovies don’t make the cut, according to a new survey by YouGov.

YouGov surveyed more than 6,100 U.S. adults to rank the most popular and least popular pizza toppings. In the category of favorite toppings, pepperoni came in at No. 1 with thumbs up from 64 percent of respondents. When asked to pick their least favorite toppings, 61 percent chose anchovies, the survey found.

As for the least favorite toppings, eggplant came in at No. 2 after anchovies with 52 percent, followed by artichokes (44 percent), broccoli (39 percent) and pineapple (35 percent).

About one quarter (26 percent) of the respondents said they like pineapple on pizza.