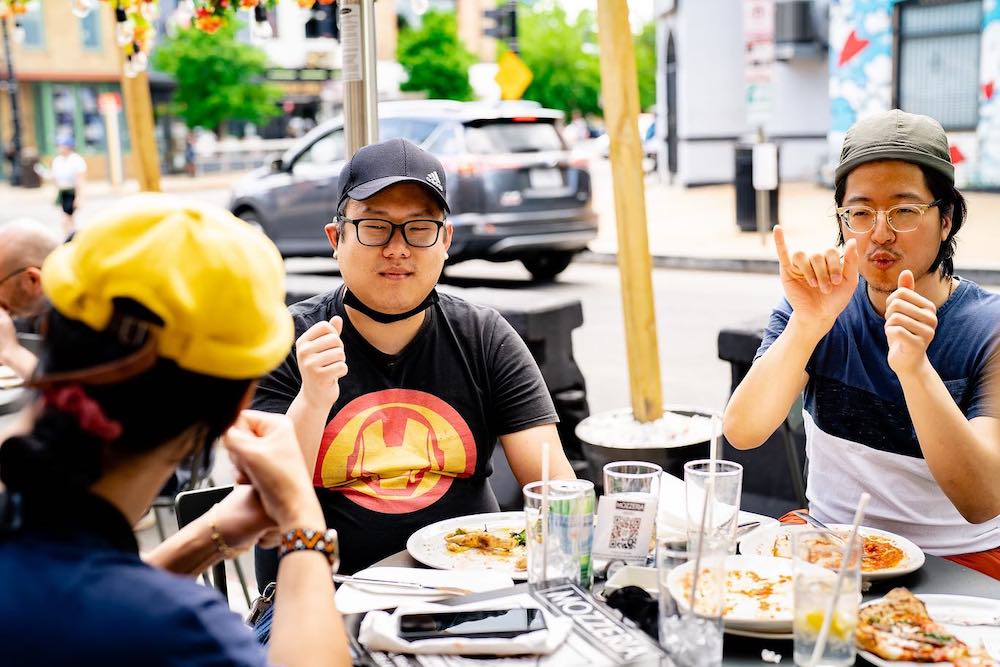 Customers chat over pizza at Mozzeria.

Mozzeria, the renowned Deaf-owned and -operated pizzeria in Washington, D.C., has named Richard Horrell its new CEO after his success as interim CEO since June, the company announced this week. Horrell will succeed Ryan Maliszewski in the role.

According to a press release, Maliszewski’s “impact and accomplishments on the Mozzeria community will be long-lasting and unforgettable.” Horrell plans to “build upon Mozzeria’s trailblazing foundation, overseeing its strategic growth by creating more equitable spaces and more opportunities for positive representation of the Deaf community.”

Horrell is a hard-of-hearing member of the Deaf community with more than 20 years of experience spanning law, business and education. Before accepting the role of Mozzeria CEO, he was a senior program operations manager for CSD Social Venture Fund (CSD SVF), a venture capital firm dedicated to funding Deaf-owned businesses. There, Horrell worked closely with Deaf business owners to ensure stability in their operations and prepare them to expand their businesses.

“As I humbly and gratefully step into this role, I recognize that Mozzeria is not solely about pizza or profit,” Horrell said. “I believe the real work we are doing is about raising up the community. It’s about equity. I believe that Mozzeria, more than anything else, can be a place where Deaf and hard-of-hearing people can look and see their peers modeling excellence.”

Chris Soukup, president of Mozzeria’s board, said Horrell has already had “such a positive impact on Mozzeria” as interim CEO and through his work with CSD SVF. “We are certain that his diverse professional background uniquely positions him to continue to lead the growth of the Mozzeria brand. We are excited for what the future holds.”

Featured in the September 2019 issue of PMQ Pizza Magazine, Mozzeria was founded by Melody and Russ Stein in 2011 in San Francisco, becoming the city’s first-ever Deaf-owned restaurant with an all-Deaf staff, and it has continued making history ever since. The pizzeria quickly received global acclaim for its Neapolitan pies by the International Associazione Verace Pizza Napoletana. Six years later, Mozzeria partnered with CSD SVF in hopes of expanding nationwide.

Owing to the COVID-19 pandemic, Mozzeria closed its brick-and-mortar store in San Francisco in November 2020, but the company had already opened its new location in Washington, D.C. in the partnership with CSD SVF. The D.C. location has continued to flourish, despite the challenges of COVID-19. Meanwhile, Mozzeria operates mobile pizzeria units in the San Francisco Bay Area.

“As Mozzeria grows,” Horrell said, “we are gifted with more opportunities to create equitable spaces and model Deaf excellence, showing that Deaf people are capable of anything we set our minds to.”