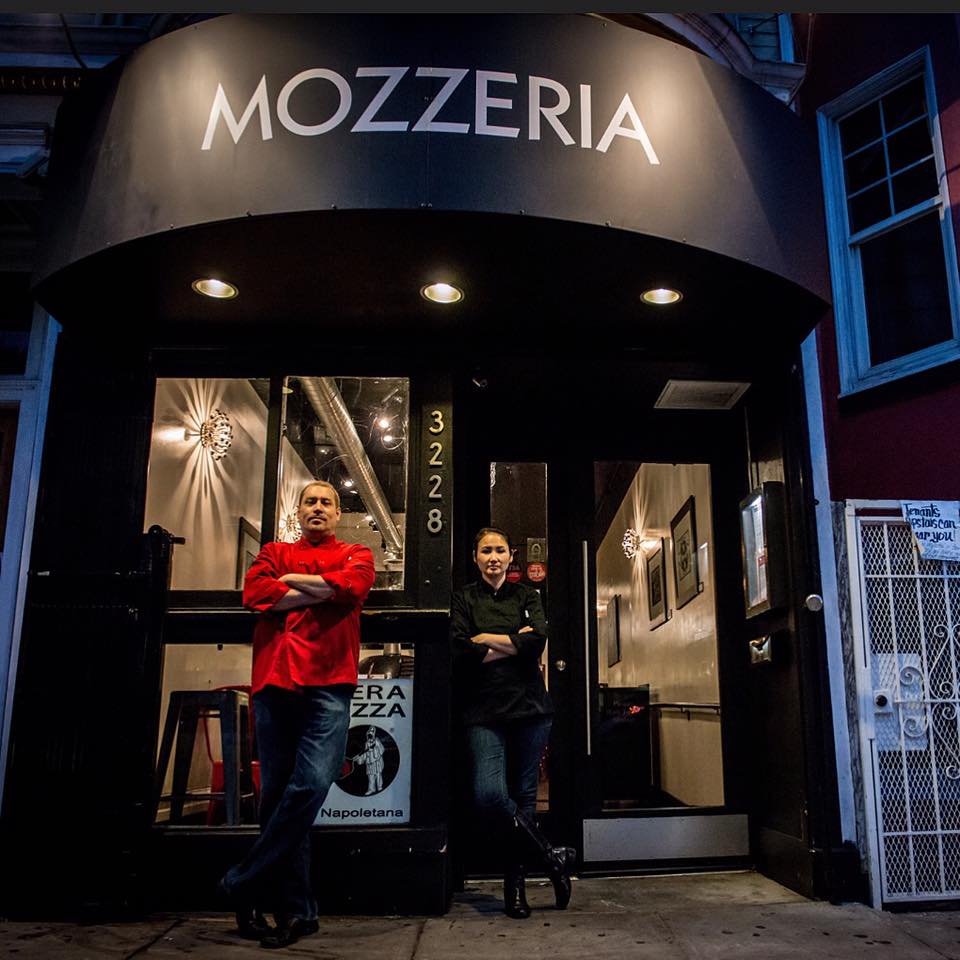 The Steins stand in front of their acclaimed San Francisco restaurant.

San Francisco’s acclaimed Mozzeria, the country’s first Deaf-owned and -operated pizzeria with an all-Deaf staff, has closed down, another casualty of the COVID-19 era, KQED reports.

Mozzeria was featured in the September 2019 issue of PMQ Pizza Magazine. Owned by Melody and Russ Stein, the restaurant was celebrated for offering some of the best pizza in San Francisco while also serving as an employer of deaf and hearing-impaired people, who often struggle to find jobs in the U.S.

Related: This Deaf-Owned Pizzeria Makes Some of the Best Pizza in San Francisco

In September 2020, the Steins partnered with the Texas-based Communication Service for the Deaf Social Venture Fund (CSD SVF) to open their second Mozzeria location in Washington, D.C., where the name and legacy lives on. The company will also continue to operate a food truck in San Francisco.

“Right now, our primary focus is to maximize our food truck visibility across the Bay Area so that we can bring Mozzeria much closer to our current as well as new customers,” Ryan Maliszewski, CEO of Mozzeria, Inc., told KQED. “We also plan to explore the idea of doing a traveling Mozzeria Food Truck Tour across the Pacific Northwest or even southern California, where we could also test new markets for potential brand expansion down the road.”

Melody earned her degree in hospitality from San Francisco State University after being turned down for admission into the California Culinary Academy, which perceived her deafness as a liability. She proved the academy wrong when she spent time studying with pizza masters in Italy, who found her to be an impressive asset in the kitchen.

Meanwhile, Russ stayed in the U.S. and built their first pizza oven in the backyard. After working with it and honing their craft for two years, Melody and Russ opened Mozzeria in 2011.

“We are most proud of our team,” Melody told PMQ last September. “Our decision to employ an all-Deaf team was one of the best decisions we ever made. Most of them came to Mozzeria with no working experience, and now many have held their positions at Mozzeria for more than three to five years. Some of them have been promoted to management or supervisor positions. When you come to our San Francisco location, you will see that nearly everything is built by deaf people—the electricity, plumbing, flooring, painting, furniture and artwork.”

Deaf employees also made the vast majority of Mozzeria’s famously delicious food. “We consider Mozzeria a teaching restaurant, and our team members gain more skills in crafting pizza, cheese and sausage,” Melody told PMQ. “We want our workers to take pride in creating and serving high-quality and delicious food.”

The Steins still plan to make Mozzeria a national brand. They were the first recipients of a multimillion-dollar investment from the CSD SVF, which helped them open the Washington, D.C. location. At the time, Melody Stein told PMQ they were looking at opening eight to 12 Mozzeria locations in the coming years.

“Mozzeria inspired Deaf people all over the U.S. that it is possible to open their own restaurant,” Nichola Schmitz, a Deaf relay interpreter told KQED. “It also gave a host of jobs to Deaf workers, and not just as dishwashers, hidden away in the kitchen, but as cashiers, servers, everything. When hearing people read the reviews, instead of looking down on Deaf people, they looked up to the owners of Mozzeria and wanted to support them.”

Melody Stein told PMQ that restaurateurs should never turn down an employee based on their ability to hear. “If restaurant operators or managers get any applications from deaf people wanting to work at their establishment, [they should] consider giving deaf people a chance to work and provide training for them to grow into their skills,” she said. “It shouldn’t be a surprise to discover that deaf people are talented in many different ways, and there are many of us out there!”