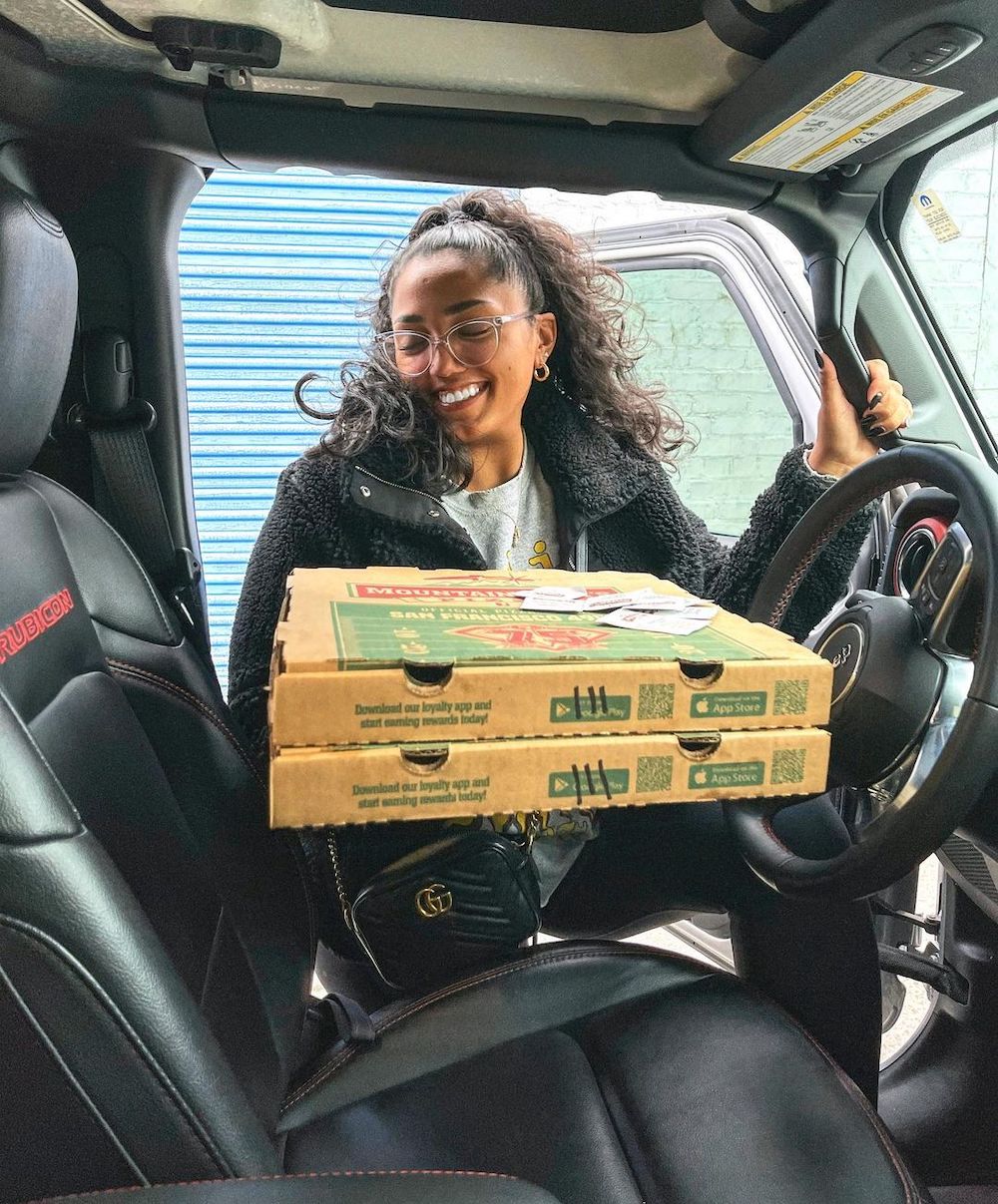 A customer gets excited about her carryout pizza from Mountain Mike's.

The last thing Alex Chouhan, the co-owner and general manager of two Mountain Mike’s Pizza locations in Madera, California, wants to imagine is a child dying because of depleted supplies at local blood banks. So he has made up his mind to use his pizzerias to host blood drives whenever possible.

As the Madera Tribune reported recently, Chouhan hosted a drive for the Central California Blood Center behind one of his Mountain Mike’s stores on October 12. He is planning another blood drive to keep up the momentum, he told the newspaper.

“I was reading a story about a kid at [a local children’s hospital], and he needs a blood transfusion almost every day,” Chouhan explained in the article. “It said the blood bank supplies were so low that he wasn’t going to make it long. I started to think and got with my sister and wife about how to help. We put our heads together and came up with the idea to give a personal-size pizza for everyone to give blood. Everyone loves pizza, and Mountain Mike’s is the best pizza, so maybe that will help people to come out.”

Vouchers for the free pies will be handed out at a Central California Blood Bank location and at other blood drives in Madera, Chouhan said. “The blood center said I can have blood drives at the store. I might do it once every other month. I just want to do something. I just want to do what I can … God forbid my kids ever need the blood.”

Chouhan moved to Santa Rosa, California, from India in 1991. He and his sister own two Mountain Mike’s franchises in Madera and recently broke ground on a third one in Chowchilla.