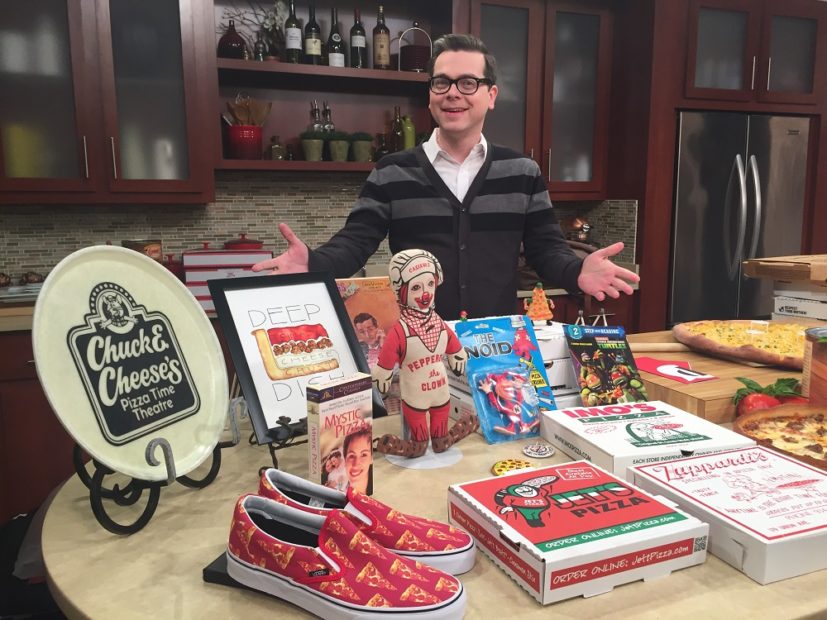 I’m Jonathan Porter, and I run professionally guided tours of significant pizzerias in Chicago. This month I sat down for a conversation with Kendall Bruns, the curator of the U.S. Pizza Museum in Chicago’s South Loop neighborhood. The U.S. Pizza Museum opened at this location in August of 2018 and is conveniently located just blocks away from Chicago’s Museum Campus, which includes the Shedd Aquarium, the Adler Planetarium, the Field Museum of Natural History, and Soldier Field. It is also conveniently located near a number of great pizzerias, including Aurelio’s, Pat’s South Loop, Flo & Santo’s, and Lou Malnati’s. One of the great draws of visiting a city like Chicago is the world-class museums, and locals believe that a quick stop at the U.S. Pizza Museum completes that journey.

JON: So I’m sitting here inside the U.S. Pizza Museum with Kendall Bruns. Can you tell us about the space we’re in?

KENDALL: We’re surrounded by pizza memorabilia and artifacts that tell stories about the history of the people and the pizzerias behind America’s favorite food. There’s also a lot of fun pizza toys, games, and artwork.

JON: Can you describe the earliest days of the pizza museum, back when you were a pop-up?

KENDALL: I always loved pizza—my first job was making pizzas at a LaRosa’s in Cincinnati, Ohio—but I didn’t start seriously collecting pizza stuff until about 2012. In 2015, I started uspizzamuseum.com as a way to share my collection, and that led to doing physical pop-ups, starting in 2016 at the Chicago Pizza Summit. The positive reaction to the pop-ups let me know there was interest, and each time I did another, I tried to make it bigger than the last. That led to us being in our current location, open year-round with regular hours. 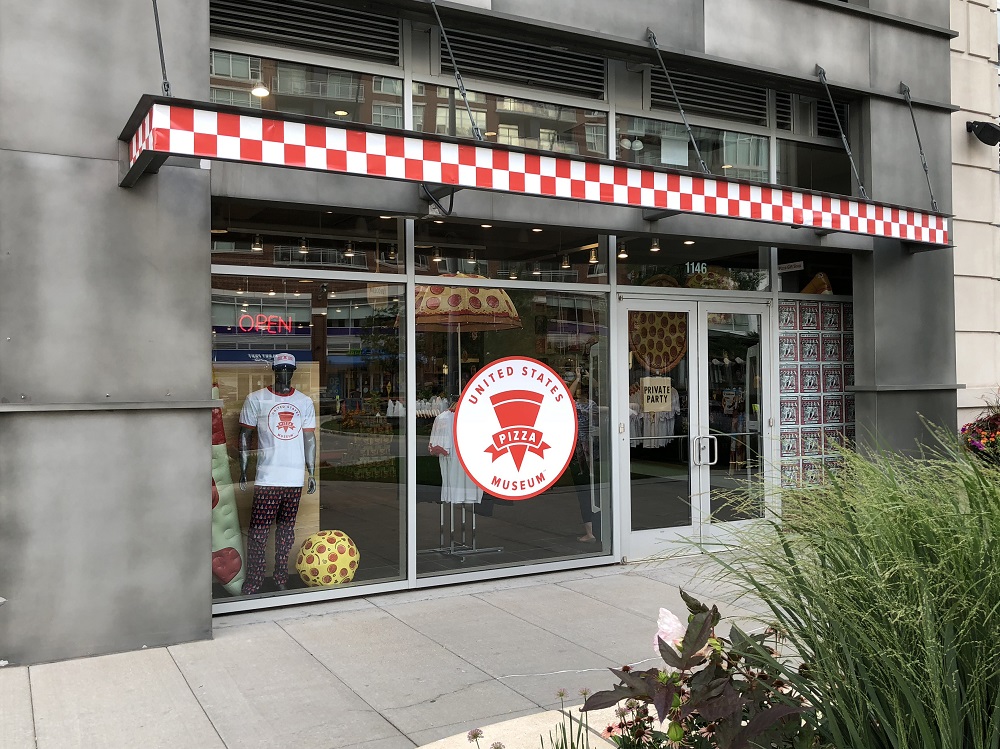 JON: August 5th 2018: It’s right before you are about to open. Jake Tapper tweets out a link on the opening of the US Pizza Museum and says, “Congratulations, what’s with the photo of the casserole?” Take us through the next couple of days following that tweet.

KENDALL: When the story went national, a lot of the media took this “New York vs. Chicago” angle because we’re in Chicago and New York has a lot of pride in their pizza culture. After Jake Tapper tweeted, other celebrities like David Cross and senators starting chiming in and suddenly it became a thing. It’s funny because the U.S. Pizza Museum celebrates all kinds of pizza, and the exhibit starts by talking about pizza in New York, but I opened the museum in Chicago because that’s where I live. They’re both great pizza cities. I think there should absolutely be a pizza museum in New York too. If someone wants to help us open one there, let me know.

JON: Can you tell us what people would expect to see when they make the journey to the U.S. Pizza Museum?

KENDALL: You’re going to have the opportunity to learn something new about a food that you probably think you know pretty well, and you’re going to have fun. All day long I get to see smiles and talk to people about how something in the exhibit reminded them of a childhood memory or how they didn’t realize the difference between deep-dish and stuffed pizza. People that have been going to the same pizzeria for their whole lives learn something about the people who established that restaurant, and it makes them appreciate it in a different way.

JON: I don’t know if this is an actual question, but I’ve been here a few times, and my most memorable trip was on a day that I came here with Scott Wiener of Scott’s Pizza Tours and John Arena from Metro Pizza. What was different about it was that we were here for a couple of hours, all admiring the different items, but the conversations that came about from looking at various items sparked different pizza memories in all of us, which we then shared. Is this something that you set out to accomplish, or is this more of a testament to people’s feelings about pizza? 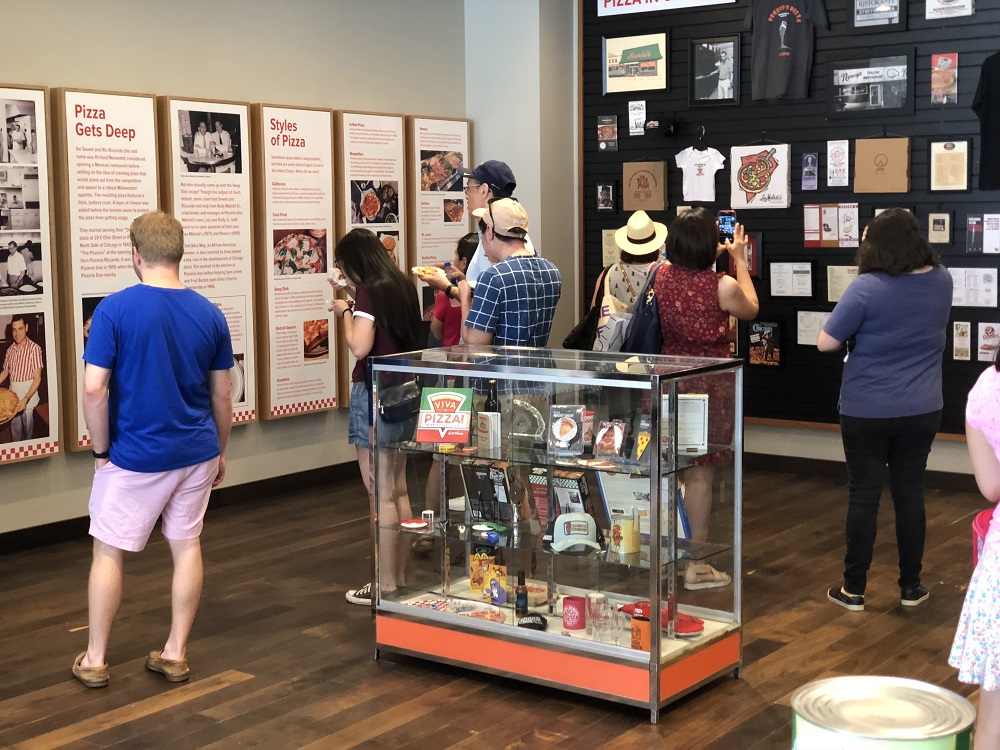 KENDALL: I deliberately wanted to create a space where people would have those kinds of conversations. It’s also why it’s been a priority to host lots of events here, where the community comes in and we learn about an aspect of pizza or host a comedy show all about pizza. The museum isn’t really alive until there are people here, enjoying it and adding to the experience.

JON: Tell us a little about some of the events that you host here at the U.S. Pizza Museum.

KENDALL: World Pizza Champion Leo Spizzirri came from the North American Pizza & Culinary Academy to do a demo all about pizza sauce. We held an event to celebrate Pizzeria Uno’s 75th anniversary with a history lesson and a panel of guests that worked there. We hosted a comedy podcast called “Arguments & Grievances,” where stand-up comedians debate pizza-related topics like, “Does pineapple belong on pizza?” That was a fun one.

JON: From knowing you personally, I know you are a man that looks for definitive proof! A lot of Chicago pizza history gets passed down from “those who were there,” and much of it isn’t documented or is, at the very least, poorly documented. How do you go about uncovering some of the mysteries and the lore around Chicago pizza?

KENDALL: I’ve learned a lot from Peter Regas, who’s writing a book on pizza history, and also Tim Samuelson, Chicago’s official Cultural Historian. It’s about questioning why we think we know what we know and looking for primary sources like historical documents and first-person accounts versus relying on secondary sources, like someone else’s summary of those primary sources. Scott Weiner of Scott’s Pizza Tours has been another inspiration. These are people who are really interested in understanding the truth and don’t want to blindly accept the known legends. I’m in that camp. The museum’s exhibits are going to continue to reflect that, and I’ll be updating things along the way as new discoveries are made. 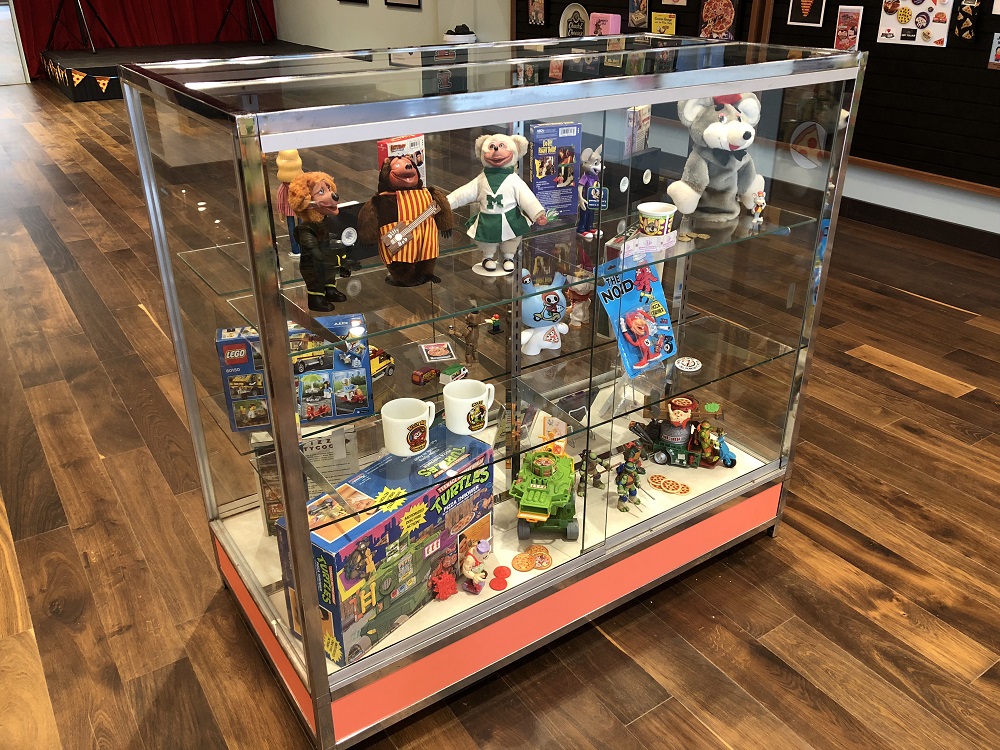 JON: So, by the time this is live, we will have more answers on the origins of pizza in America as a result of the hard work that Peter Regas put in with his upcoming book. He’s doing a presentation here next week. Care to give the listeners a little insight on this?

KENDALL: Recently, we made some big news when we helped get the word out that independent researcher Peter Regas had discovered a previously forgotten generation of 19th century pizza makers in New York City, completely changing how we think about how pizza developed in America. Some of what he discovered had been previously theorized, but he found actual old advertisements, articles, and photos that actually prove it, with names of the people involved. One of those men, Filippo Milone, likely helped establish the pizzerias that went on to become Lombardi’s and John’s of Bleecker Street. Regas will give the first presentation about his research right here at the U.S. Pizza Museum.

JON: Have you made the trip out to the Museum of Pizza in New York, and if you did, what were some of the differences and similarities?

KENDALL: I did visit the Museum of Pizza pop-up in New York. It was created by Nameless Network and was open for four weeks beginning in October 2018. I love that there are others exploring pizza in similar ways and also from different angles. I think the biggest difference is that the U.S. Pizza Museum has a collection of historical artifacts that we’re preserving and displaying to tell stories about pizza, and the Museum of Pizza was more experientially focused. People on Twitter wanted it to be another New York-versus-Chicago rivalry, but we both supported each other on social media.

JON: And you supported them by making the trip to visit their installation. So what lies ahead for the U.S. Pizza Museum? You’ve already re-upped your lease, and it looks like you are expanding the items in your gift shop. Where do we go from here?

KENDALL: My focus is on getting the history right and adding more depth of interpretation to the exhibits while keeping it fun and accessible. We’re expanding into more space, so a lot of new items will be on display in the spring. When the weather gets nice in Chicago, we hope to have lots of mobile pizzerias come set up outside our doors so that people can enjoy a slice after they’re done learning and ready to start eating.

So, if you live here or are traveling to Chicago, maybe for the National Restaurant Association show, please take some time to visit the U.S. Pizza Museum in Chicago’s South Loop neighborhood. Say hi to Kendall, and check something off your bucket list that you didn’t even know was on there. I’m Jon Porter with Chicago Pizza Tours, thank you for listening everyone, this has been fun thanks! 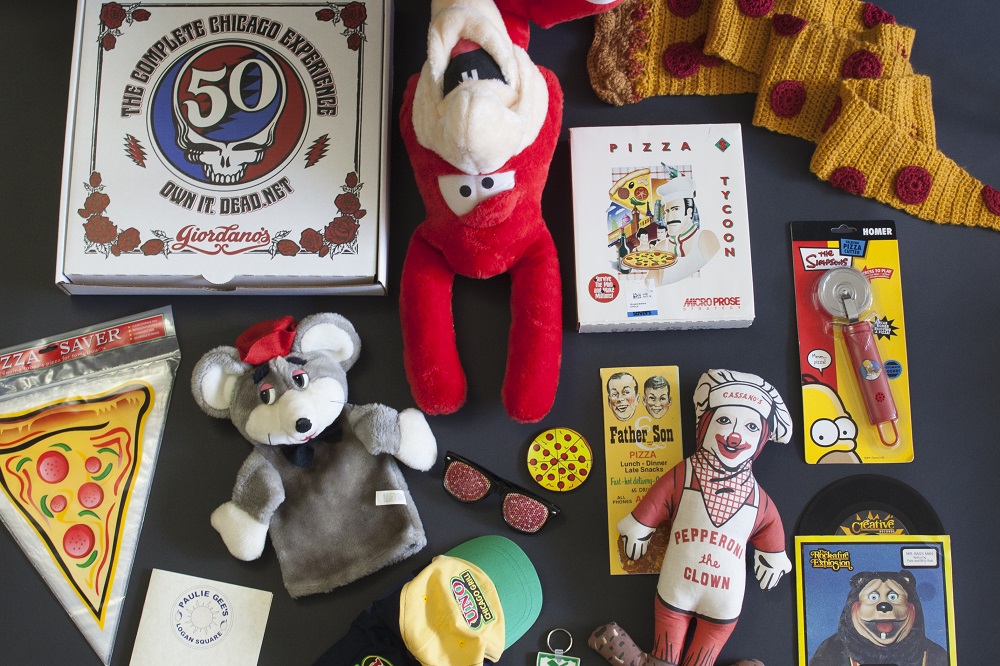 Jonathan Porter is the founder of Chicago Pizza Tours and knows exactly where to find the best pizza in Chicago. 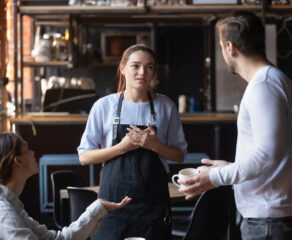 How to Ease Stress for Your Pizzeria’s Servers 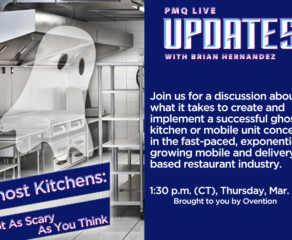