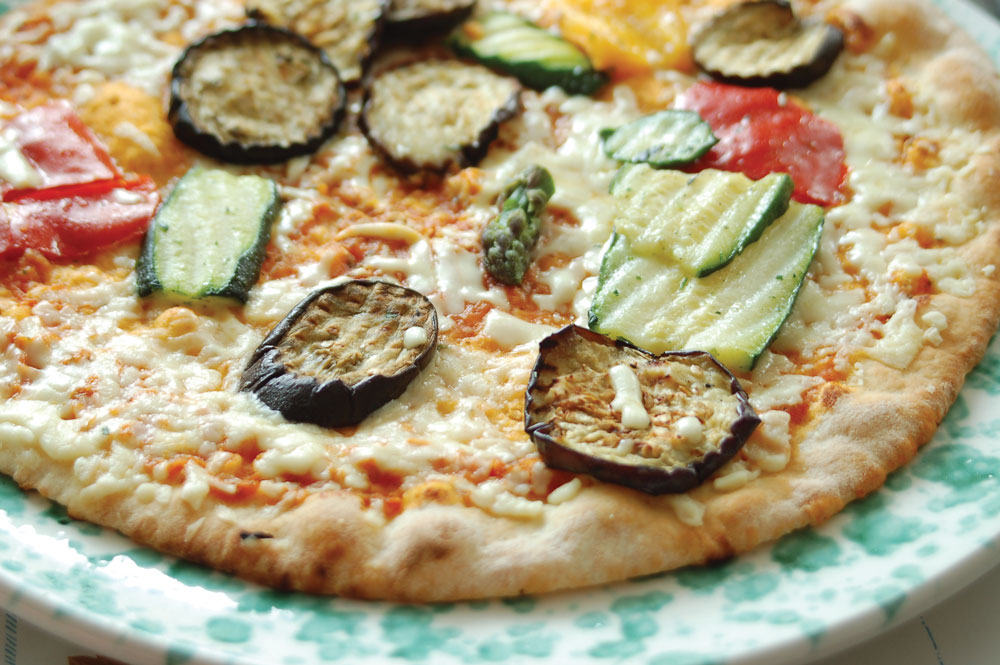 Q: Our thin crust is always tough and chewy, and nothing we do seems to help. What are we doing wrong?

A: There are a number of things that can impact a thin crust, resulting in a tough, chewy crust. One of the most common causes is insufficient dough weight for the diameter of the pizza being made, resulting in dough that is so thin in the center that the heat reaching the bottom of the pizza passes through the dough and is dissipated as steam when it reaches the sauce (which is approximately 90% water). Therefore, the resulting crust is only partially baked, causing the tough, chewy texture. To see if this is the cause of your tough crust, increase the dough ball weight by 1 ounce. If that helps, you can fine-tune the dough ball weight in ¼-ounce increments to find the weight that works best.

Along the same lines, the use of a dough sheeter/roller has also been implicated in tough and chewy crust issues. Passing the dough too many times through can overly de-gas the dough and, if not allowed to proof for 20 to 30 minutes prior to baking, can allow heat to readily pass through without achieving a thorough crust bake. Another common error is pre-saucing the skins in preparation for busy periods. If you do a pre-prep of the skins, be sure to lightly brush the surface of the dough with a little oil to create a moisture barrier between the dough and the water in the sauce. It’s a common practice to add water to the sauce to thin it out to a better spreading consistency. It is also a common (though never recommended) practice to add more water to the sauce when food costs rise. This is false economy, as the additional water added to the sauce only further dilutes the flavor and increases the probability of weeping of the sauce. When weeping occurs, the water freely flows out of the sauce onto the surface of the dough, where the water inhibits proper baking of the crust. The crust may be crispy when it comes out of the oven, but it very quickly loses any crispness and becomes tough and chewy as the retained moisture in the poorly baked portion of the dough begins to migrate throughout the entire bottom of the crust. In this case, the edge of the pizza, where there isn’t any sauce, will remain reasonably crispy, while the rest of the pizza will be limp as a dish towel. A quick and easy test to determine if this might be the cause of your problem is to place a spoonful of sauce onto a porcelain or plastic plate and allow it to sit undisturbed for 30 minutes. If you see water flowing away from the mound of sauce, it might be overly thinned. Reduce the amount of water added to the sauce to see if the pizzas retain their crispness longer. Watch your employees at the prep table. Ask if there is a potential problem with the sauce separating. If you see them constantly stirring the sauce before each use, it is most likely because they are seeing the separation taking place in the sauce pan before it ever gets put on the pizza.

A third common cause of tough, chewy crust is a lack of yeast in the dough formula. In this case, the dough is mismanaged in one of two ways: The dough temperature is too warm, or the dough balls are placed into covered dough boxes, which doesn’t allow for effective cooling of the dough balls. Either a warmer than normal dough temperature or dough balls that are not cross-stacked for a long enough time before lidding the dough boxes can result in dough that over-ferments or “blows” during the night. When blown dough happens, your store will smell like a brewery when you come in the next morning—that’s the first clue that the dough might have blown during the night. The second clue is when you see dough boxes tipped onto the floor, oozing dough as you open the retarder door. A common reaction is to reduce the yeast level until this doesn’t happen again. However, this can result in reducing the yeast to such a low level that it cannot provide adequate leavening power to support the weight of the toppings during the critical first few seconds of baking, when the cell structure of the crust is formed. In this stage, the large, open cells provide the needed thermal break between the bottom heat source and the top of the pizza. If the cells collapse, the resulting crust is dense and creates a poor thermal break, so all of the heat applied to the bottom of the crust readily passes through without getting the dough sufficiently hot to create the desired texture in the finished crust. The solution here is to make sure you achieve the targeted finished dough temperature (you’d be surprised at how many pizzerias never check the finished dough temperature). Use a temperature range of 76˚ to 78˚F as your targeted finished dough temperature to start with, and you won’t be too far off the mark. If you are not cross-stacking the dough boxes or are cross-stacking them for a short time (less than 2 hours), try cross-stacking the uncovered dough boxes as you place them in the retarder. Allow boxes to remain cross-stacked for 2½ hours or until the internal temperature of the individual dough balls reaches 50˚F, then apply the lids to the boxes to prevent drying for the remainder of the cold fermentation time. Wipe the top of the dough balls with oil after they are placed into the dough box to prevent drying of the balls during the cross-stack period.

Careful attention to these details will help you avoid a tough, chewy crust!