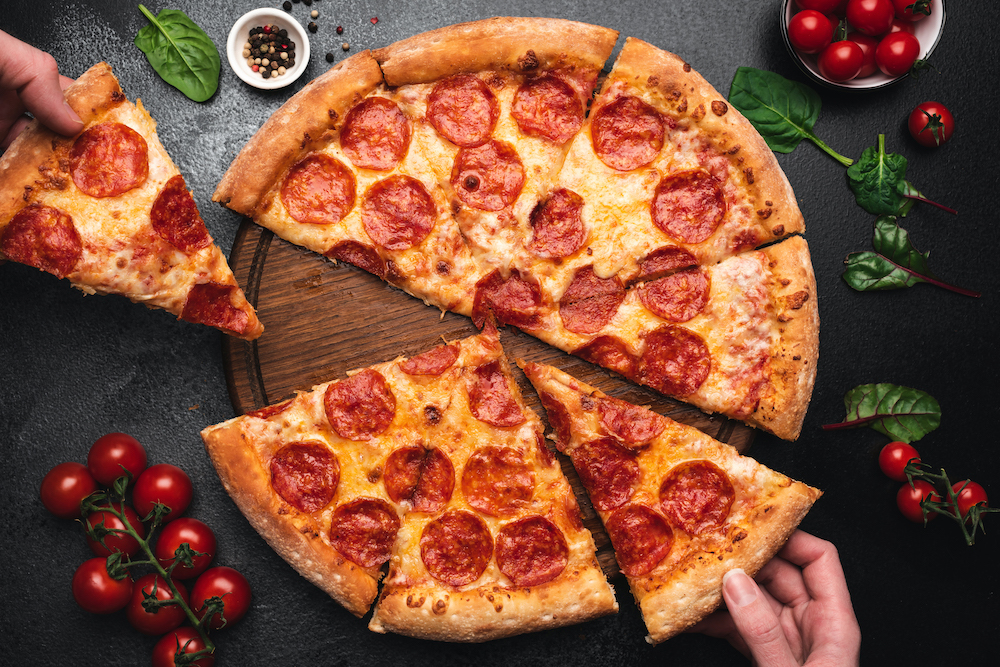 Related: How to achieve the perfect dough mix

Q: Our customers have complained about the overly wide edge of our pizza crusts. We’ve tried docking them closer to the edge, but that doesn’t seem to help. Any suggestions?

A: This is a common problem for inexperienced pizza makers who stretch their dough by hand. They tend to stretch the center section of the dough excessively rather than stretch across the entire dough skin. Improper stretching can also cause the pizza to go soft or limp soon after baking; in severe cases, the center of the pizza appears so soft that it looks underbaked, and the presence of a gum line across the entire center section may reinforce that impression.

Unfortunately, stretching your dough uniformly across its entire diameter is harder than it sounds. Starting out with a dough sheeter/roller may be the solution. You’ll want to adjust the sheeting rolls to provided a sheeted dough piece that’s between 65% and 75% of the desired final diameter, using no more than two passes of the dough through the sheeter.

For example, if you’re making a pizza skin with a 12” diameter, adjust the sheeting rolls to give a finished diameter of 8” to 9”. Then place the sheeted dough piece on a floured surface and hand-stretch it to the full 12”.

This process also helps yield a nice puffy edge on your pizzas. If you use a dough sheeter to form the dough skin to full diameter, it degasses the dough, so there’s not enough gas left for proper leavening during the first two minutes of baking. Sheeting the dough to a lesser diameter leaves enough gas in the dough to expand during the early stage of baking, giving you the desired light, raised crust edge.

Another way to get a puffy edge is to increase your dough absorption rate to yield softer dough. Softer consistency provides better expansion properties during the early stage of baking, resulting in a more defined, light, raised crust edge.

Before he passed in December 2020, Tom Lehmann was a longtime contributor to PMQ Pizza Magazine and served as the director of bakery assistance for the American Institute of Baking. This article originally appeared in the January-February 2016 issue of PMQ.