Can I Use a Dough Press for a Cracker-Crust or Crispy-Crust Pizza? - PMQ Pizza Magazine 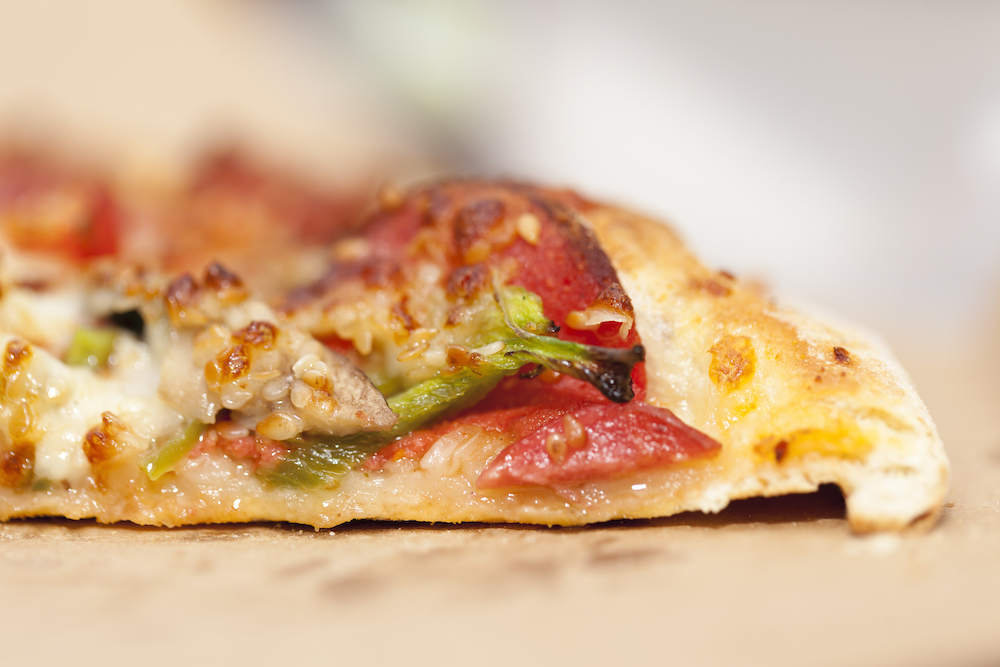 Related: How to achieve the perfect pizza crust edge

Q: Is it possible to make a thin cracker-crust or crispy-type crust using a dough press to form the skins? We have been trying to do this, but the dough tends to be far too stiff to press out.

A: Yes, it is possible, but it will take some effort and experimentation on your part. The key to successful pressing of the dough is to have a soft and relaxed dough consistency at the time of pressing. But the low dough absorption used in making dough for a crispy or cracker-type crust is highly counterproductive, as you have found. The solution is to either ferment the dough until it’s sufficiently relaxed and extensible for pressing, or to add a reducing agent to the dough.

First, let’s look at the fermentation approach. This is best accomplished by allowing the dough to ferment sufficiently long to develop the desired pressing characteristics. If you are cold-fermenting the dough, this might mean allowing it to remain in the cooler for two or more days, which will also contribute to a great tasting crust. However, if you aren’t set up to allow for that kind if fermentation time, you can experiment with higher finished dough temperatures to achieve more fermentation in a shorter time. One trick that sometimes works well is to simply remove the dough from the cooler and allow it to remain at room temperature for a longer time (normally two to four hours) before pressing.

The other approach requires the use of a reducing agent, an additive used for making a dough softer and more extensible). Possibilities include L-cysteine (PZ-44), dead yeast (Reduce 190), deodorized vegetable powder/onion and garlic (Basic Natural) or even just the addition of your “off-the-shelf” onion and/or garlic powder if you don’t mind the flavor contribution. All of these products will work, although some work better than others, and should give you a dough consistency that is ready for pressing usually within two hours of mixing the dough.

Note: While there are significant differences between the above-mentioned reducing agents, the L-cysteine (an amino acid/protein building block) and dead yeast/glutathione (an amino acid/protein building block) are both very fast-acting and can completely liquefy your dough if used incorrectly. The vegetable powder-based products behave more gently, but they also have a limited softening effect upon the dough, which, in some cases, might make them easier to use.

It’s also possible to experiment with the amount used to find a level that will provide for up to 24 hours of cold fermentation time without turning the dough into something resembling a thick pudding. The key here is to experiment with the reducing agent to find a level that will give you the dough characteristics needed for pressing while still fitting into operation reasonably well.

Before he passed in December 2020, Tom Lehmann was a longtime contributor to PMQ Pizza Magazine and served as the director of bakery assistance for the American Institute of Baking.