How to Achieve the Perfect Dough Mix - PMQ Pizza Magazine 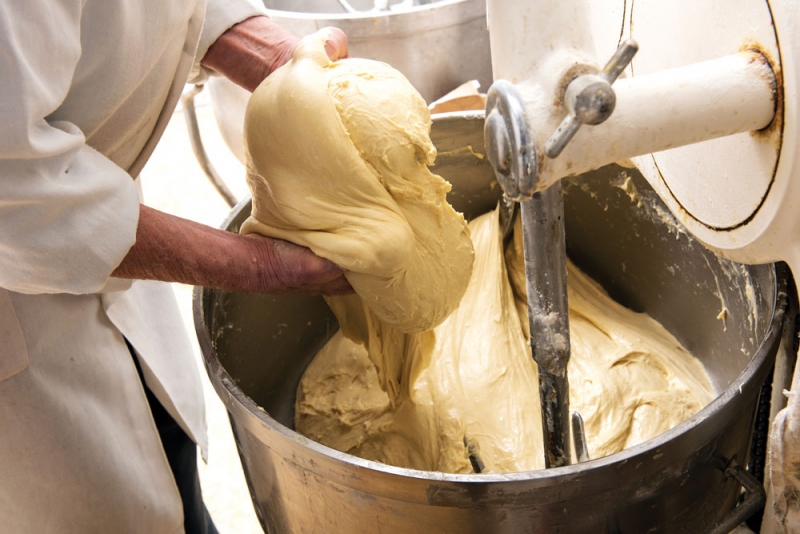 Related: Try this recipe for a Crispy Pepperoni and Egg Breakfast Pizza

Question: How do I know when my dough has been properly mixed?

Answer: The easiest way is to use the dough’s appearance as a guide. At first, it will have a rough, dull, almost dark appearance; as you continue mixing, it takes on a smoother look, and the color seems to brighten. Actually, the color remains the same but, due to the smoother surface, it now reflects light, giving it a brighter hue. Once this smoothness has been achieved, you’ll also note a satiny appearance, which means the dough has been sufficiently mixed.

However, there are two exceptions. If you’re making an emergency dough—which will not be subjected to 18-plus hours of cold fermentation time and will be used shortly after mixing —more mechanical gluten development will be required. It depends on your particular formula, but, as a general rule, emergency dough should be mixed for about five minutes longer than regular dough.

The second exception is for frozen dough. It will receive essentially no fermentation prior to being frozen, so it’s important to develop the gluten to a much greater extent than that which would be required for regular pizza dough. Frozen pizza dough typically uses strong, high- protein flour, helping the dough to resist the abuse it receives during storage and the freeze/thaw process.

Use the “window test” for frozen dough: Carefully stretch a small portion of the dough in your fingers to form a sheet or a “window”; the clearer the window, the more developed the gluten is. Fully developed gluten lets you stretch the dough to form a window that is so fine and clear that you can just about read a newspaper through it.

Note, however, that the “window test” is not good for judging regular pizza dough, which is significantly undermixed when you’re doing it right; the dough will probably just tear. It’s best for judging dough/gluten development with frozen dough or bread dough.

Before he passed in December 2020, Tom Lehmann was a longtime contributor PMQ Pizza Magazine and served as the director of bakery assistance for the American Institute of Baking. This article originally appeared in the June-July 2016 issue of PMQ.