How to make friends with millennials - PMQ Pizza Magazine 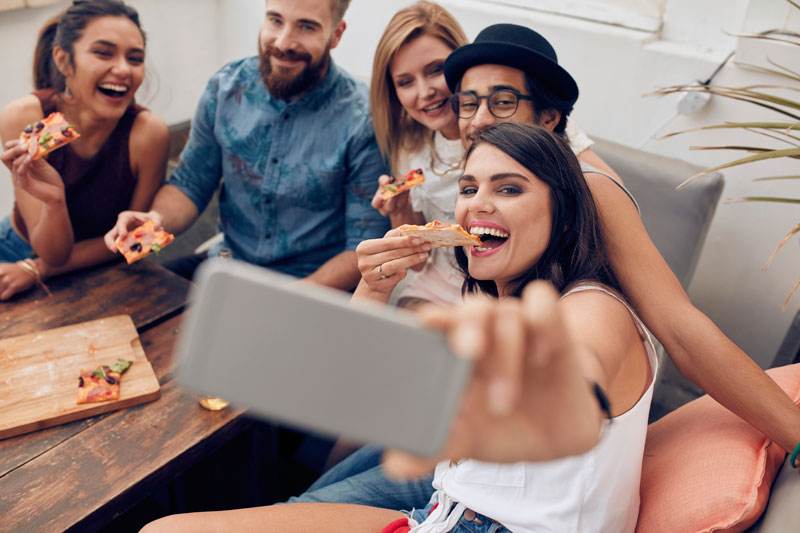 George Orwell once wrote, “Every generation imagines itself to be more intelligent than the one that went before it and wiser than the one that comes after it.” In the 1960s, they called it “the generation gap.” It was believed that hippies would turn the world into either a blissful Aquarian utopia or a cesspool of decadence and perversion. In fact, many of the kids who floated on clouds of marijuana smoke through anti-Vietnam protests in 1968 went on to vote for the decidedly “square” Ronald Reagan in 1980.

Turns out the hippies weren’t all that different from Mom and Dad, except they preferred weed to Harvey Wallbangers. Today’s millennial generation—the largest and possibly the most overanalyzed demographic in history—are just regular folks, too. True, they love their smartphones, but older Americans have grown dependent on such devices as well. They care about social causes, but so do their parents and grandparents. They prize authenticity and frown on phonies, but anyone who’s ever read Catcher in the Rye (published in 1951) knows that’s nothing new.

The difference is, millennials grew up in a culture that stresses individualism and personal choice: niche cable networks, social media, customized news feeds and Xbox. As media consumers, they’ve been bombarded by traditional advertising all their lives. They’re jaded and skeptical of “sell messages” aimed at the masses. They think for themselves and have to be convinced.

In this month’s cover story, “Inside the Millennial Mind” (page 36), Tracy Morin explains how independent pizzerias have a major advantage in appealing to millennials. Who’s more authentic than that guy rolling out dough balls in a flour-streaked T-shirt? Who cares about the community more than the local pizzeria that sponsors Little League teams and opens its kitchen to the homeless on Thanksgiving Day?

Don’t think of millennials as just another target demographic. Think of them as individuals who will respect your individuality, as listeners who like a good story—your story (doesn’t every pizzeria have one?). Don’t tell them what you think they want to hear. Tell them who you really are, and show them what you really care about. The megachains can never compete with that.