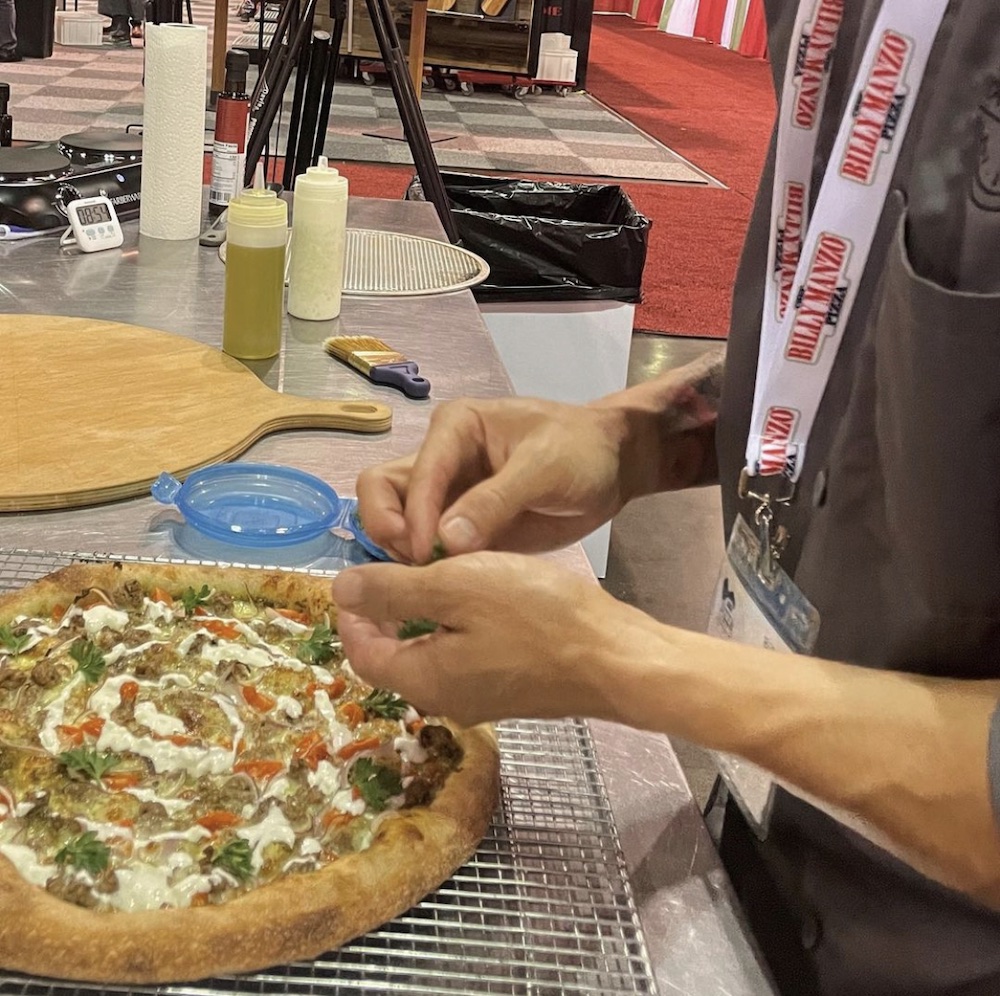 High winds and sideways rain could not keep pizza makers and spinners from across the continental U.S. and beyond from attending the 2022 Galbani Professionale Pizza Cup & U.S. Pizza Team Acrobatic Trials (GPPC), held Nov. 9-10 at the Orange County Convention Center in Orlando. The inaugural Pizza Tomorrow Summit, a new trade show for the pizza restaurant industry, hosted this exhilarating event, produced by Galbani Professionale US and the U.S. Pizza Team, in search of the United States’ next pizza ambassador to the world—and the search was fruitful.

Covering categories from Non-Traditional Pizza, a culinary competition that spotlighted Galbani cheeses, to Largest Dough Stretch, Fastest Pie Maker and the ever-mesmerizing Freestyle Acrobatics, the field of over 30 competitors was whittled down to a handful of winners, with a final champion from both Non-Traditional and Freestyle categories earning a trip to compete at the World Pizza Championship in Parma, Italy, April 18-20, 2023.

Day one showcased the largest field of competitors with a focus on Non-Traditional Pizza. Entries ranged from New York to Detroit and even Neapolitan pizza styles. Two groups of competitors competed in the first round for the opportunity to proceed to the finals, culminating in a one-on-one pizza cook-off between Craig Allenbaugh of Sauced Pizza & Catering in Fairview Park, Ohio, and Jose Flores of Crust Lovers Pizza in Sanford, Florida.

Top honors in the final round cook-off went to Flores with his Kebab Pizza. Featuring a four-day fermented dough started with a poolish of All Trumps, the Kebab showcased a base of homemade sauce with Italian parsley and cilantro and a Galbani Premium Whole Milk Mozzarella/Provolone 50/50 Blend plus 20% of smoked gouda. Flores wowed the judges’ taste buds with perfectly seasoned ground lamb, tomatoes, onions, a homemade tzatziki sauce and fresh parsley leaves.

“I went to the competition with no expectations of winning,” Flores said. “My plan from day one was to present something different and to enjoy the experience since it was my first competition. On the other hand, to be able to present the flavors I was looking for, it took me more than three months of perfecting the sauce and the seasoning on the meat. After all this, I realized that if you do not take the risk, you lose the chance, and let everything fall into place.”

Day two brought about the Acrobatics categories, featuring Largest Dough Stretch, Fastest Pie Maker and the visually compelling Freestyle Acrobatics. McKenna Carney of The Nona Slice House in Safety Harbor, Florida, emerged as the winner of the Freestyle Acrobatics Finals. Carney also won the Chicago U.S. Acrobatic Trials in August and, with her victory in Orlando, claimed the title of 2022 USPT Acrobatics Champion and the chance to compete in the World Pizza Championship next year in Parma, Italy.

Congratulations to ALL competitors of the 2022 Galbani Professionale Pizza Cup & Acrobatic Trials:

For more information on the U.S. Pizza Team, visit www.uspizzateam.com or brian@pmq.com.