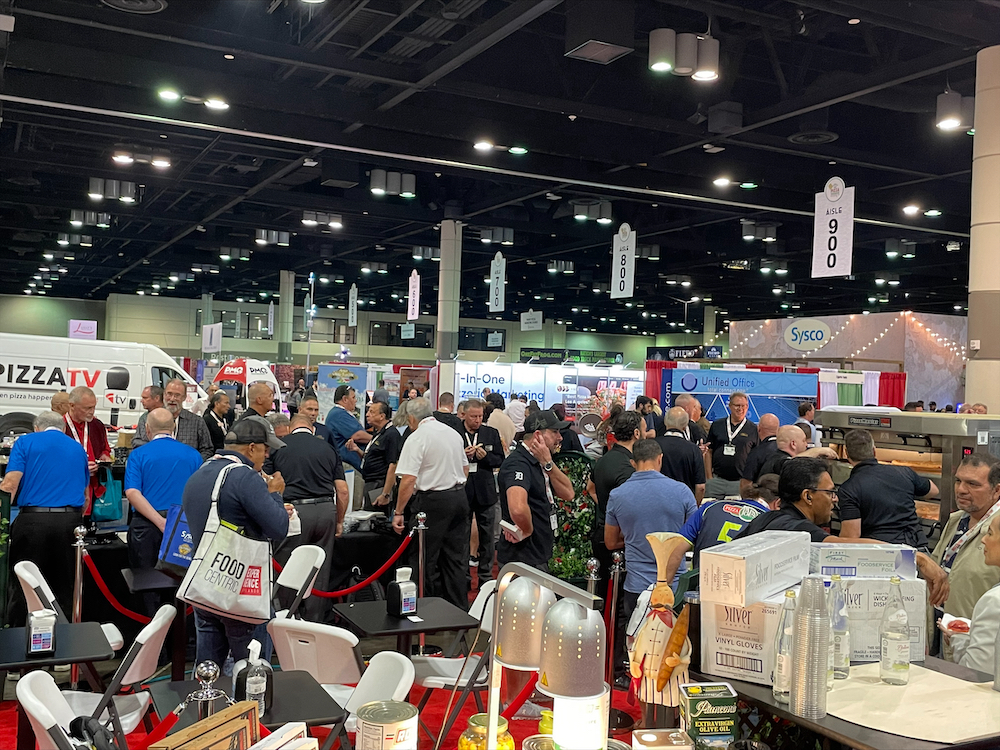 When a hurricane blows through during the launch of a new pizza industry trade show, you might think it’s a bad omen. For the Pizza Tomorrow Summit, held November 9-10 in Orlando, it was the exact opposite. Despite airport shutdowns and nasty weather, the inaugural event proved to be a huge success with pizzeria owners and exhibitors alike.

Or, as Bruno Zacchini, owner of Pizza Bruno in Orlando, put it, “Even during a hurricane, pizza prevails!”

Although many pre-registered attendees couldn’t make it due to weather-canceled flights, the first day of the Pizza Tomorrow Summit still attracted a large crowd of pizzeria owners eager to scout out the latest industry products as well as major suppliers—think Grande Cheese, Sysco, Fiero Group, Bellissimo, Galbani, BelGioiso, and Liguria Foods—happy to sell to them.

“If you told me that Orlando would be under a hurricane warning and we would still have packed aisles on day 1 in spite of it, I would have asked you to bet me—and you would have won!” said Glenn Celentano of Grand Slam Events, producer of the event. “All of the news outlets were telling people to stay home, the Weather Channel had even set up shop in Florida, and people still filled the exhibit hall. It was nothing short of incredible.”

Billy Manzo, owner of Federal Hill Pizza in Warren, Rhode Island, led a dough-making demo and an educational seminar at the event. “This was the most direct conversational show with vendors that I have seen in a long time,” he said. “Out of all my personal sponsors that backed me and actually participated at the show, 10 out of 10 were elated with the turnout, and all of them committed to 2023 already.” 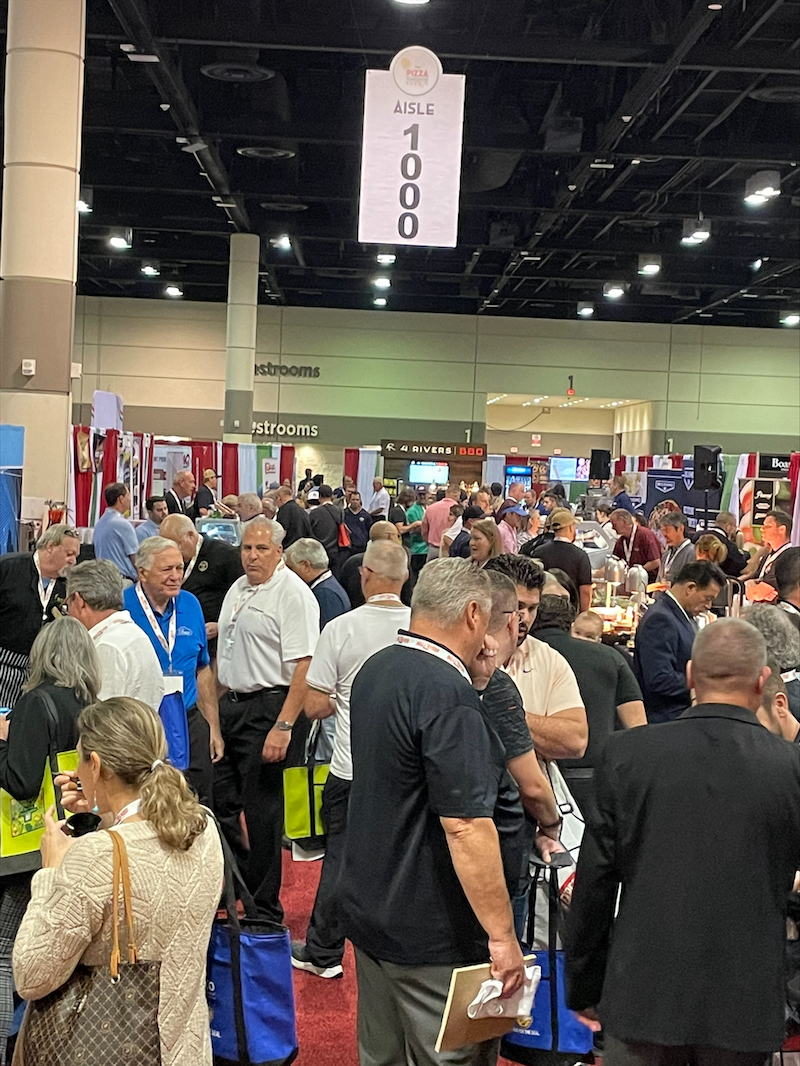 The show went equally well for Lactalis Culinary, which owns the Galbani Professionale brand of Italian cheeses, noted John Canonico Jr., East Zone manager for Lactalis Culinary. “The discussions we had with the attendees that came to our booth were extremely positive, and we have a lot of upcoming meetings that will continue to grow the Galbani brand in the Southeast,” Canonico said. “I am looking forward to the show next year!”

In addition to the packed exhibit hall, the Pizza Tomorrow Summit featured 18 educational sessions covering topics ranging from maximizing pizzeria profits and creating moneymaking menus to the top technology trends and the fast-growing vegan pizza movement. “The consumers at the show asked me some of the deepest questions about the science of pizza that made me insanely excited to be sharing my expertise with them,” Manzo noted.

Alex Koons, owner of Hot Tongue Pizza, made the trip all the way from Los Angeles and was glad he did. “The Pizza Tomorrow Summit was a blast,” he said. “It was a perfect show to learn from, grow at and develop ideas and friendships through….[It was] an enlightening experience all around. I can’t wait for next year.”

Chef Luca Donofrio agreed. “There’s no better feeling than to congregate with masses of people whose sole occupation it is to make and serve good food. The only better feeling is to show them what superior flour can do for them, and that’s why we brought down Molino Pasini. In spite of a hurricane, we came, we saw, we made some ravioli.”

Consultant David “Rev” Ciancio of Branded Hospitality Ventures, who led seminars at the event, said the Pizza Tomorrow Summit was “a great place for operators to grow, learn and up-level their businesses. I deeply appreciated their focus on education as did the operators who attended.”

The event also featured the Galbani Professionale Pizza Cup, a high-powered pizza-making competition, and the U.S. Pizza Team Acrobatic Finals, a pizza acrobatics spin-off. Jose Flores of Crust Lovers Pizza, located in Sanford, Florida, emerged as the culinary champ in the Galbani Professionale Pizza Cup, while McKenna Carney of The Nona Slice House in Safety Harbor, Florida, claimed the title of 2022 USPT Acrobatics Champion and the chance to compete in the World Pizza Championship next year in Parma, Italy.

Celentano and his team are already planning the next Pizza Tomorrow Summit, which has been set for November 8-9, 2023, in Orlando.

“The buzz for this new event was palpable, and we accomplished our goal of letting the industry know that we were going to do things right and make this more of an immersive experience than an everyday trade show,” Celentano said. “The red carpet entrance, live music, T-shirt giveaways, on-the-floor education, food truck showroom, competitions, and demos were a home run, and we are just getting started! Wait until you see what we have cooking for year two!”