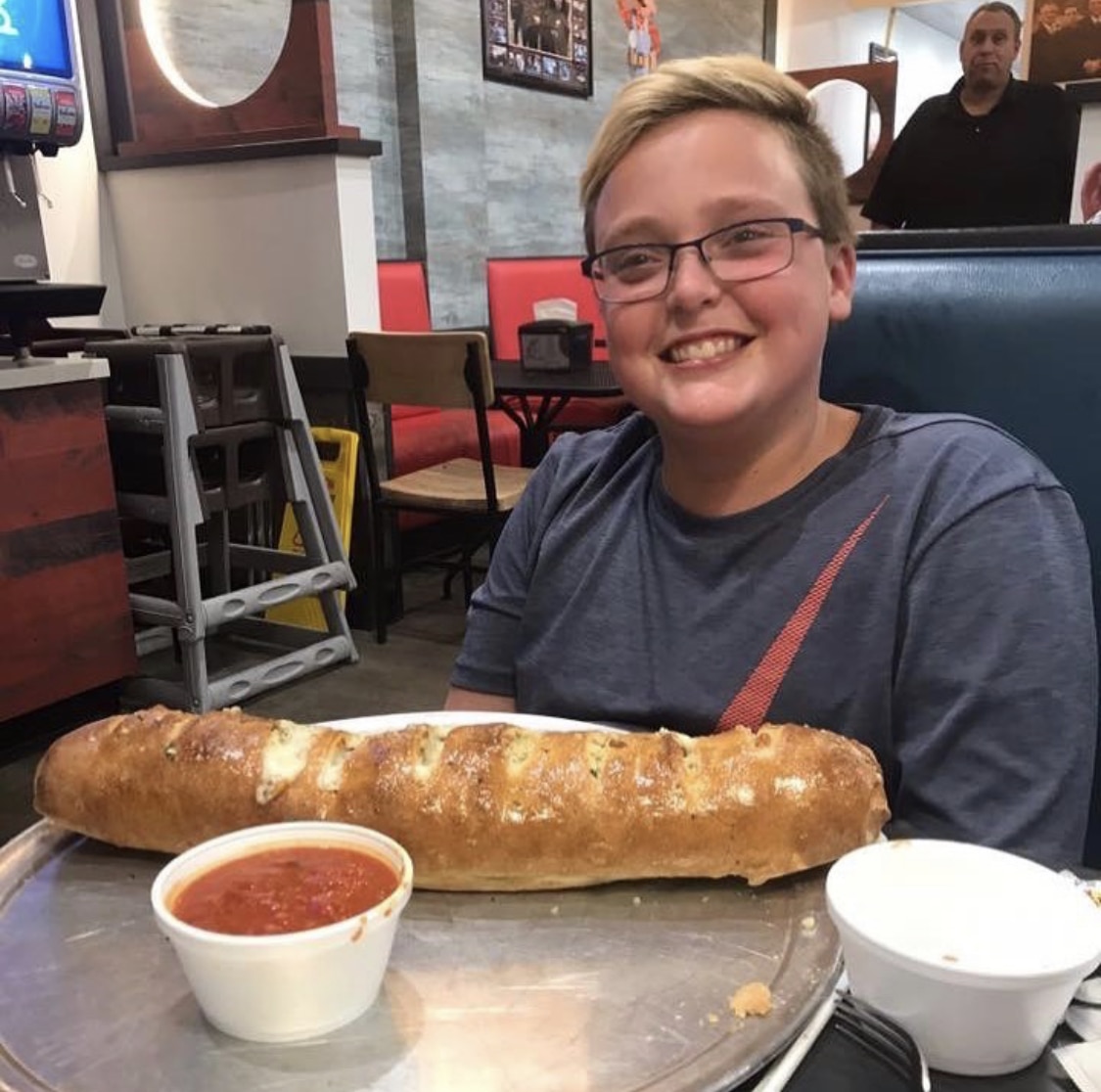 A young customer enjoys the tasty food and family-friendly atmosphere at A Taste of Italy in Latham, New York.

Kindness is contagious, and Frank Cappello, owner of Taste of Italy in Latham, New York, is spreading the bug far and wide.

In a Dec. 9 Facebook post, Cappello offered to feed anyone in need and invited customers to help him identify individuals and families who are going hungry in the area. And he even delivers, including to the homeless.

It started, Cappello explained in the Facebook post, when he received a phone call from a man with a drug problem who had “stolen his girls’ money and smoked it up” and needed food for his family. “I told him, no problem,” Cappello wrote. “Please, if you know someone that has no food, please give them my number,” Cappello added in the post. “We all need to help out with this. Sometimes we don’t realize how lucky we are until we get them phone calls or hear about certain situations. There’s a lot of kids out there that won’t have Christmas this year. We need to all stick together and help out … Every person should not be without food. All kids should have food and Christmas.”

In another post the following day, Cappello acknowledged that he has been criticized for his gesture of human decency. “Please, if you don’t like what I am doing to help others in a time of need, you don’t need to comment,” he wrote. “It’s not my job or yours to judge others. I don’t care if someone has a drug problem or does not have a job. I don’t believe [anyone] deserves to go without food.”

Related: This Michigan pizzeria donated 100% of one day’s sales to its employees

Cappello later created another post asking his customers to “donate a gift card/toys or cash” to people in need. And on December 12, he posted a video in which he’s shown delivering pizza to a homeless woman and giving her $40 in cash to get her cellphone turned back on.

Cappello’s good deeds caught the attention of local TV station WNYT, which featured him in a news segment. “You know, we all go through a bad part of life where we have our ups and downs,” Cappello told reporter Dan Levy. “It’s nothing to be embarrassed [about]. You’re supposed to help people out.”

In addition to what the website describes as “New York paddle-style pizza” and thick-crust Sicilian-style pies, Taste of Italy, a family-friendly eatery, serves up thick stuffed calzones, stacked subs, strombolis, wings and more.