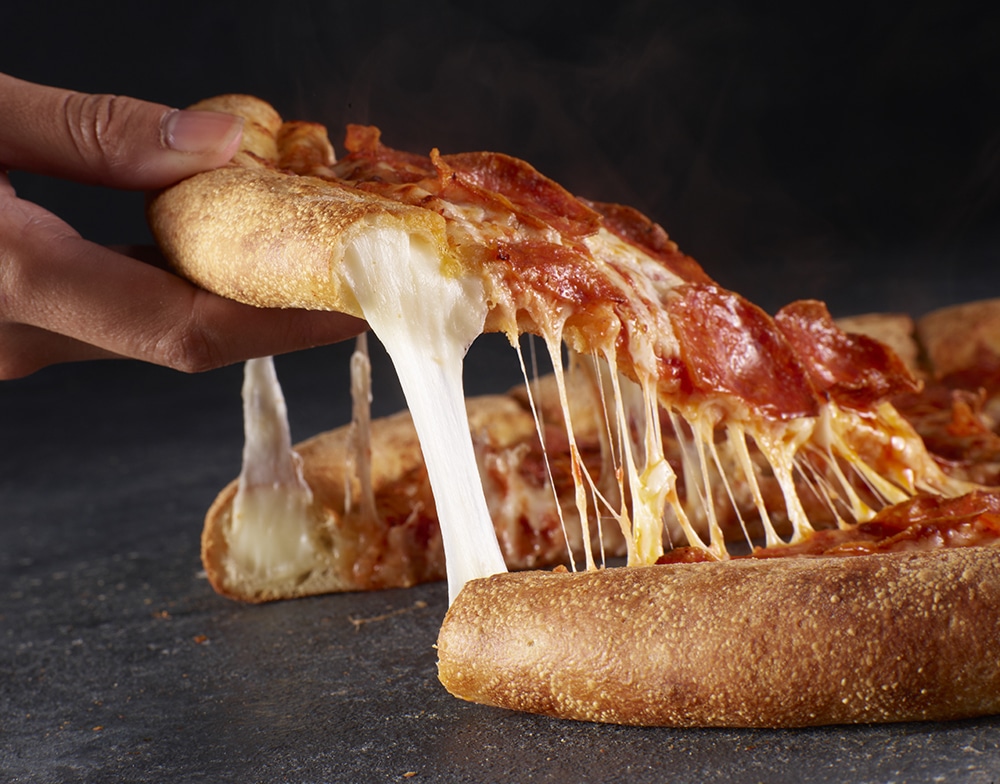 In the latest addition to its ever-expanding menu, Papa John’s officially rolled out its new Epic Stuffed Crust pizza nationwide today, after offering a limited-time deal exclusively to Papa Rewards members from December 1 through December 27.

“As we continue to develop new craveable menu offerings, we’re always inspired by our fans,” said Tom Smith, Papa John’s director of culinary innovation. “Stuffed-crust lovers are passionate pizza fans, and it is something our fans continue to ask for.”

Related: Could this upstart pizza chain be the one to finally topple Domino’s?

Extra cheese is hand-stuffed into Papa John’s traditional crust, then topped with sauce, more cheese and the customer’s choice of toppings.

Prior to the official launch on December 28, Papa John’s gave its rewards club members a chance to try the new pizza at select locations for a week.

The Epic Stuffed Crust pie is only the second variation on Papa John’s original crust in 35 years, following the release of the Garlic Parmesan Crust in 2019. Other new products released in 2020 include the Papadia, an Italian flatbread-style sandwich, as well as Jalapeno Popper Rolls and the limited-time Shaq-a-Roni Pizza developed in partnership with Papa John’s board member and franchisee Shaquille O’Neal.

In an interview with Restaurant Business, Papa John’s CEO Rob Lynch said the new stuffed-crust offering could be one of the chain’s “biggest initiatives” if not “the biggest.”