Blaze Pizza: Could This Upstart Chain Be the One to Topple Domino's? - PMQ Pizza Magazine 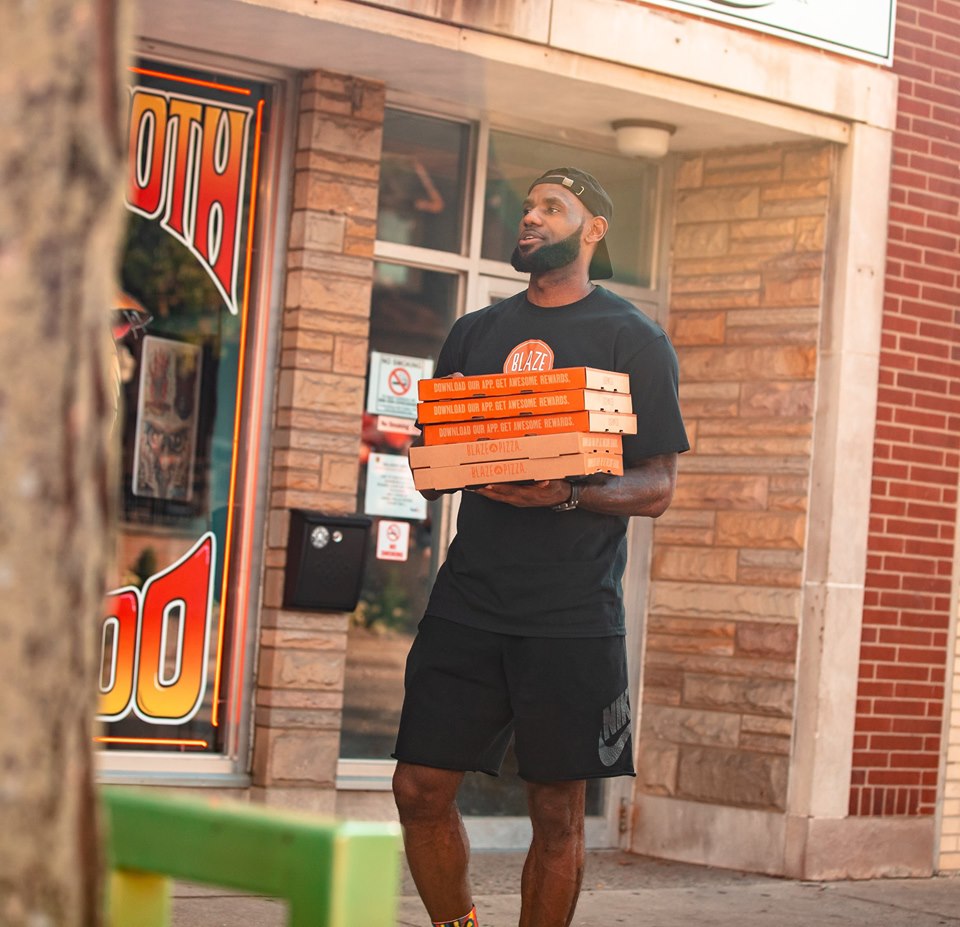 NBA superstar LeBron James, an investor in Blaze Pizza, has lent his star power to the upstart chain.

Like an upstart gunslinger in the Old West, pizza industry entrepreneur Rick Wetzel is spoiling for a showdown with the best-known pizza chain in the world. But can he beat Domino’s to the draw, or will he go out in a “blaze” of glory?

In an interview with Restaurant Business’s podcast, A Deeper Dive, Wetzel, co-founder of Blaze Pizza, said he believes his company—hailed in 2017 as the fastest-growing restaurant chain in history—is now poised to challenge Domino’s and other long-established megachains. “I am chomping at the bit,” Wetzel said in the podcast interview. “I’ve been building for this for seven years. I’m ready to go head-to-head.”

It will certainly be an uphill battle. Blaze Pizza has momentum—it has opened nearly 400 stores since its launch in 2012—and star power (LeBron James is a big-name investor) on its side. But with 15,000-plus stores worldwide and $3.4 billion in total sales last year, Domino’s remains the Goliath to Blaze’s gutsy but undersized David.

Even so, Wetzel believes Blaze Pizza has all the right pieces in place for explosive growth. A fast-casual concept that once focused on the lunch crowd, Blaze has expanded into delivery with third-party platforms Doordash and Postmates. The company also moved beyond its standard 11-inch, personal-sized pies to offer medium and large options, which should appeal to families and large groups.

“By bringing out large pizzas, it’s gonna let us compete across the board on medium and large pizzas,” Wetzel told A Deeper Dive. “We built out our network with Doordash and Postmates nationwide. We’ve really beefed up for it. We’re leaning in hard.”

“I think there’s a huge opportunity to go at Domino’s in particular, where their core benefit is convenience,” he added. “It’s not quality of food. And I think there’s a lot of people out there who care about fresher food, healthier food, more artisanal kind of food. I think we’re going to be really successful in delivery, so we’re going to go right at ‘em. And I’m thrilled to do it.”