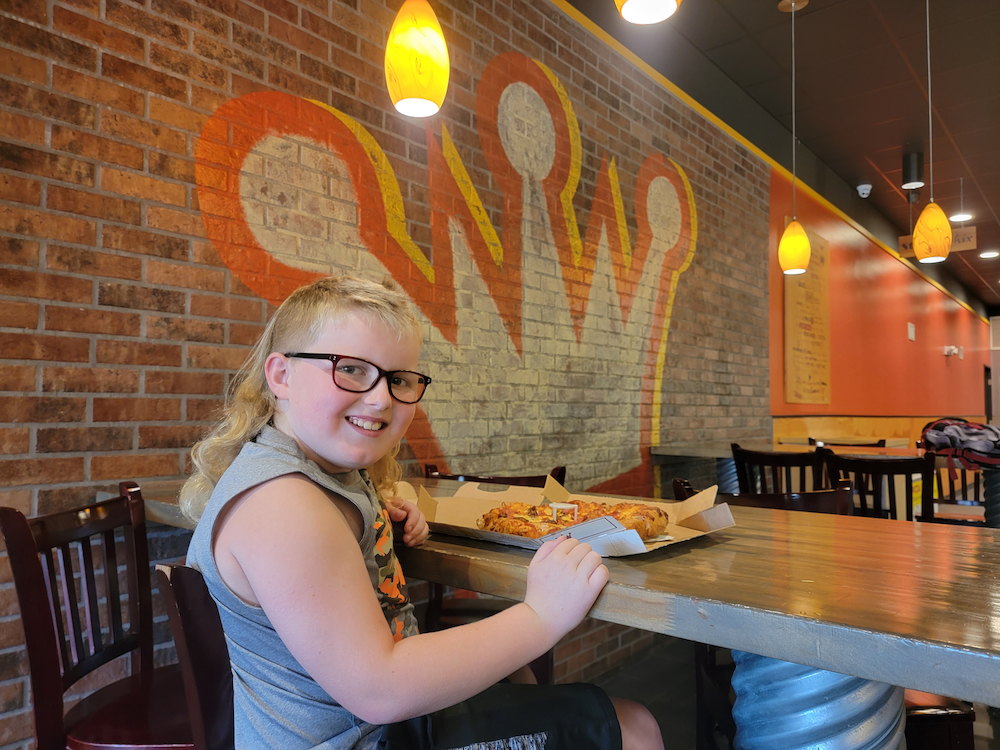 Emmitt Bailey and his majestic mullet

If it’s good enough for Rihanna and Miley Cyrus, it’s good enough for Emmitt Bailey of Menomonie, Wisconsin. We’re talking about the classic mullet, a daring ‘do from the 1980s that has made a comeback in 2022 and earned the youngster free pizza for a year from his hometown Toppers Pizza store.

Emmitt took first place in the kids division of the 2022 USA Mullet Championship held nationwide in late August. The eight-year-old was one of 25 finalists in his category and captured top honors with nearly 9,900 votes. Winning the contest netted Emmitt a cash prize of $2,500.

But his local Toppers Pizza store was so proud of Emmit and his mighty mullet, they’ve awarded him a year’s worth of free pizza as well. “Emmitt’s attitude is amazing, just like his mullet,” said Steven Repinski, owner/managing partner of Perfect 10 LLC, which owns the Menomonie store as well as a location in Chippewa Falls, Wisconsin. “He also makes a killer pizza!”

Nearly 700 competitors from around the nation entered the competitions for children (ages 1 to 12) and teens (ages 13 to 18), showing off their best business-in-the-front, party-in-the-back hairstyles. To enter, the kids submitted photos of their haircuts, including front, back and side images. The photos that garnered enough likes on Facebook advanced to the next round.

After three rounds of voting and judging that included a celebrity judging panel, Emmitt took the first-place win.

Emmitt has received local, national and international praise for his winning mullet with its long, golden curls. When asked for his advice to someone looking to grow their own mullet, Emmitt said, ‘”Just be yourself and have fun.”