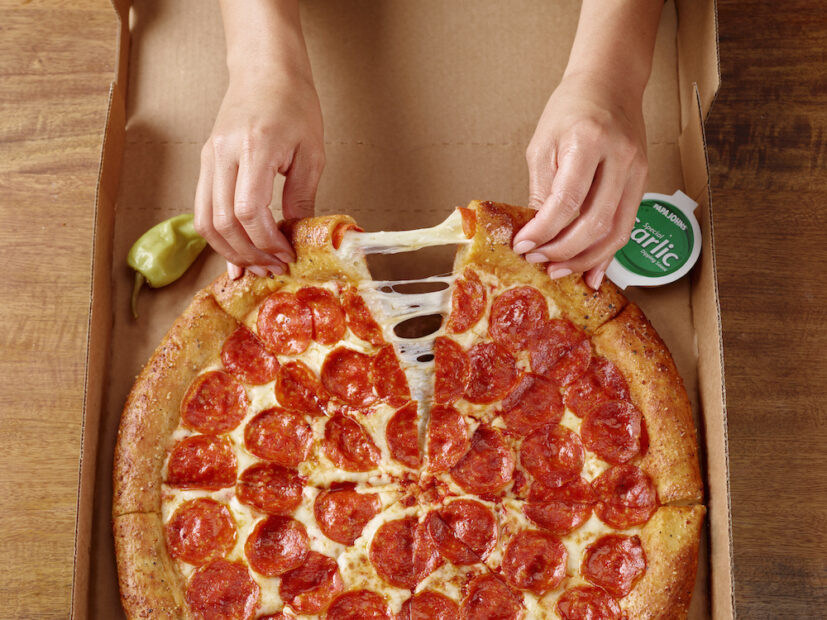 As Domino’s tries to overcome a less-than-stellar first quarter of 2022, Papa Johns keeps rolling along and plans to open up to 1,800 new stores in the next three years.

Papa Johns reported same-store sales growth of 1.9% in the quarter that ended March 27. Domino’s, on the other hand, logged a decline in same-store sales of 3.6%, which it blamed on inflation and a shortage of workers. Pizza Hut also saw its same-store sales decline, recording a 6% drop in Q1 2022, and blamed it on staffing challenges as well.

Although its same-store sales were up in the last quarter, Papa Johns also plans to raise its prices as inflation remains a problem, CEO Rob Lynch said in a recent earnings call reported by Nation’s Restaurant News (NRN).

Business has been so good that Papa Johns aims to open between 1,400 and 1,800 units worldwide by the end of 2025, including 320 in the fiscal 2022 year. Papa Johns has faced the same obstacles that have vexed Domino’s in recent months. But the brand has also continually launched new menu offerings, such as last month’s Epic Pepperoni Stuffed Crust pizza, and benefited from its partnership with DoorDash for third-party delivery.

“January was the most difficult operating environment…I’ve seen since I’ve been in this industry,” Lynch said in a recent earnings call, according to NRN. “We had a lot of demand, and it was really challenging. And so we leaned heavily into our partnership with DoorDash, particularly on the delivery service side, and it saved us.”

Lynch added that the partnership with DoorDash was “one of the very pivotal decisions that we’ve made as a team.” Third-party delivery companies “provide another channel to meet our customers where they are, not to mention additional delivery capacity at peak times. Aggregator marketplaces also become important venues for consumers to discover our brand.”

After doing bang-up business at the height of the pandemic, Domino’s numbers began to slip in the third quarter of 2021. In recent months, the company has had to close some stores early on occasion due to lack of workers. Domino’s plans to heavily advertise its driver positions and emphasize the fact that most of the brand’s franchisees and general managers started out as drivers.

But Domino’s has stuck with its long-time model of always delivering its own food while rival chains like Papa Johns have made deals with third-party aggregators. Will Domino’s reconsider its approach? “Nothing is off the table,” Russell Weiner, the brand’s incoming CEO, said recently, but he didn’t elaborate.

Is Domino’s Facing a Reversal of Fortune at Last?

Why an Orlando Pizzeria Has Banned Kids Under 18