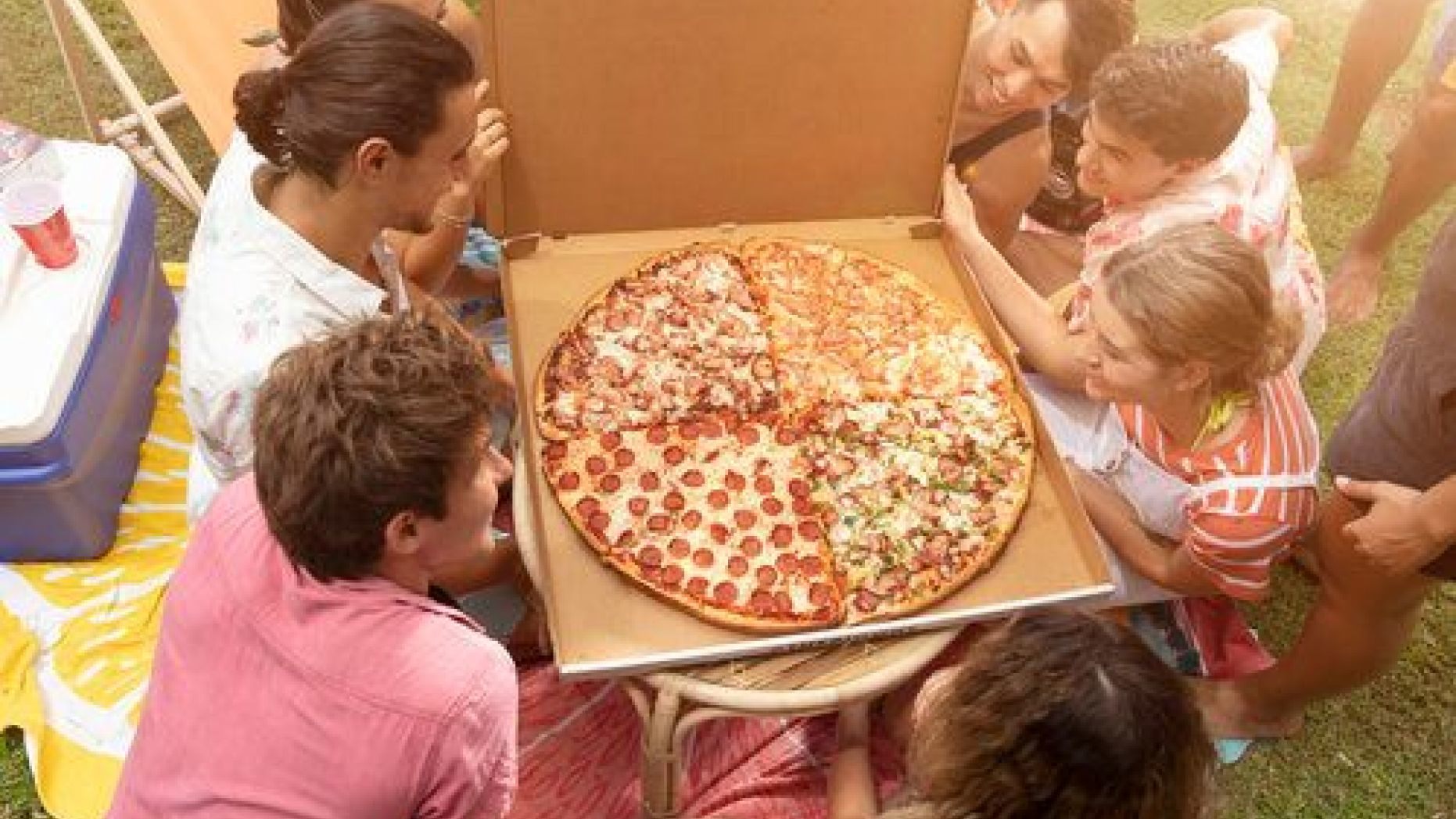 Call it the Big Bang Theory of Pizza: Bigger may not be better, but a super-sized pie is a surefire way to get a huge PR bang for your buck, as chains like Big Mama’s & Papa’s Pizzeria—home of the 54-inch Giant Sicilian—can attest. Now Domino’s is getting into the act because, after all, they never get any press, the poor saps.

Domino’s Australia recently debuted The Big One, a pie that’s so large, the delivery chain can’t even deliver it. It’s divided into four equal parts, including Pepperoni, Supreme, BBQ Meatlovers and Hawaiian, “each roughly equivalent in size to two large pizzas,” the company claims.

“We couldn’t make the pizza any bigger or else it wouldn’t fit through a standard doorway,” Michael Treacy, Domino’s Global Development Chef, said in a press release.

“The super-sized pizza contains an impressive 800 grams of mouthwatering mozzarella and 600 grams of sauce,” Treacy gushed. “We had to source new custom-made pizza pans and specially-designed pizza boxes, which are much thicker and more robust than our standard boxes, so that they can withstand the weight of the pizza.”

The monster pizza is even too large to be carried on the Aussie company’s electronic delivery bikes, meaning it’s only available for pick-up. Orders for The Big One—which sells for $49.95—must be placed 24 hours in advance, and stores can only make two per day.

“Customers will need to make sure they bring a friend to help them carry the pizza out of the store and clear the boot space in their car so it can lay flat,” Treacy said.