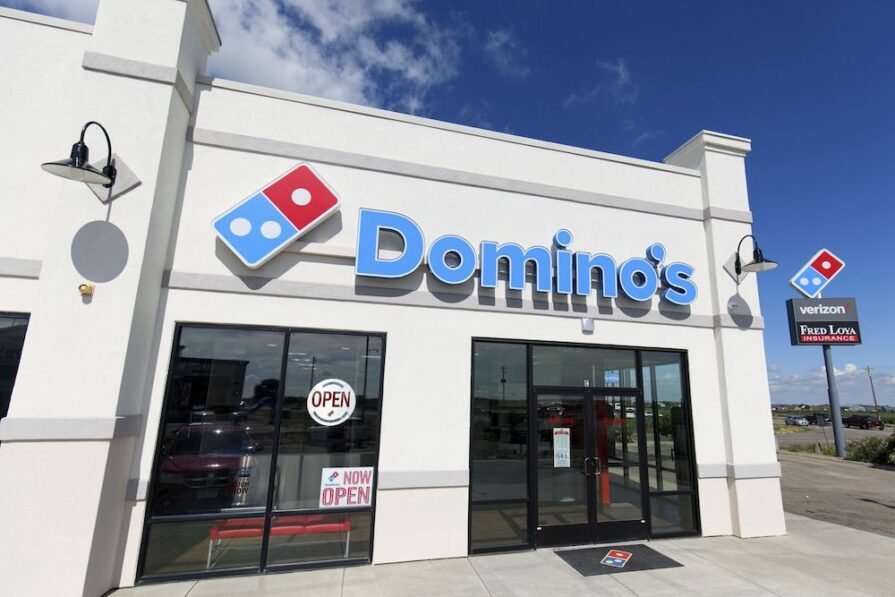 “This is a remarkable milestone for Domino’s, and I am thrilled it is happening in La Junta,” said Ritch Allison, Domino’s CEO. “We’ve grown our total global store count by more than 5,100 stores in the past five years, and we couldn’t be more ecstatic to commemorate the brand’s 18,000th store in the world, right here in Colorado.”

Allison himself, along with Frank Garrido, Domino’s executive vice president of U.S. operations and support, and La Junta Domino’s franchise owner Brian Bailey turned up for the ribbon-cutting event. Bailey also presented an $18,000 donation to La Junta Associated Charities in honor of the 18,000th store.

“I’m honored to have the La Junta store be a part of this milestone, and I’m thrilled that we are able to give back to an organization that does such tremendous work in the local community,” Bailey said. “La Junta Associated Charities provide food and emergency relief to those in need, and I’m so grateful our Domino’s team can help support their mission.”

La Junta Associated Charities is a nonprofit organization that assists low-income individuals and families who find themselves in desperate situations. The organization was established in 1980 and is funded through donations, grants and government programs.

Blaze Pizza Expanding in California and Moving into Alaska