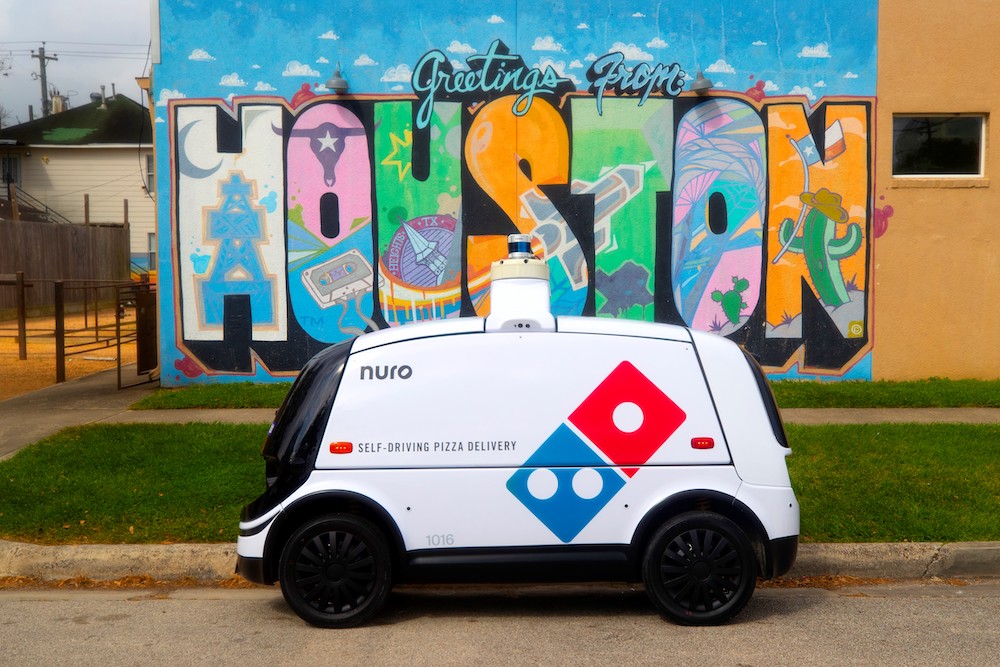 Related: As robotics improves, how will it affect the pizza industry?

If you order a pizza from Domino’s in the Woodland Heights neighborhood of Houston, don’t be surprised if there’s no one driving the delivery car.

Domino’s and Nuro, a leading self-driving delivery company, has begun making pizza deliveries with a driverless robotic car, called R2, in the area this week. On certain days and times, select customers who order from the Woodland Heights store can choose to have their pizza delivered by R2. It’s described as “the first completely autonomous, occupantless on-road delivery vehicle with regulatory approval by the U.S. Department of Transportation.”

Here’s how it works: Customers can opt to have their online order delivered by R2. Customers who are selected will receive text alerts updating them on R2’s location along with a unique PIN to retrieve their order. Customers can also track the vehicle via GPS on their order confirmation page. 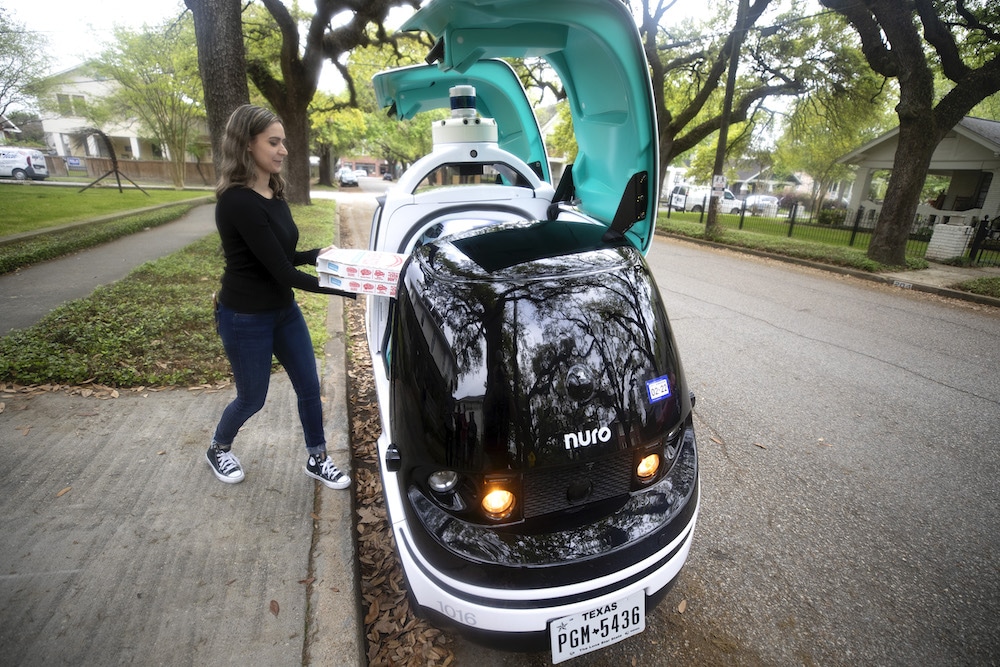 Once R2 arrives, customers will be prompted to enter their PIN on the bot’s touchscreen. R2’s doors then gently open upward, and the customer can reach into the compartment to pull out the pie.

The Houston partnership between Nuro, founded by a pair of former Google engineers, and Domino’s started in 2019. In that same year, Nuro’s driverless vehicles also started making grocery deliveries for Kroger stores in Houston and Phoenix. Nuro’s vehicles have been used to deliver orders from CVS Pharmacy stores in Houston as well.

Related: Why robots could save the pizza industry

Nuro’s self-driving vehicle appears to have evolved since the partnership with Domino’s was announced in June 2019. But the concept is still the same. The car has no seats, no steering wheel and no room for a human being. According to MotorTrend, it’s equipped with “a full array of sensors capable of mapping out 360 degrees of its surroundings (including 360-degree overlapping camera feeds, thermal imaging, lidar, short- and long-range radar, microphones and short-range ultrasonic sensors).”

In terms of delivery innovation, Domino’s has once again sped ahead of Pizza Hut, which announced in 2018 that it was testing a delivery truck equipped with pizza-making robots and a high-speed, ventless conveyor oven. Since then, Pizza Hut hasn’t announced any updates on that project, which was a partnership with Toyota Motor Corp.

Domino’s robotic car is built strictly for delivery and will likely continue to evolve over time.

“There is still so much for our brand to learn about the autonomous delivery space,” Maloney said. “This program will allow us to better understand how customers respond to the deliveries, how they interact with the robot and how it affects store operations.”

“Nuro’s mission is to better everyday life through robotics,” said Dave Ferguson, Nuro’s co-founder and president. “Now, for the first time, we’re launching real-world, autonomous deliveries with R2 and Domino’s. We’re excited to introduce our autonomous delivery bots to a select set of Domino’s customers in Houston. We can’t wait to see what they think.”

Maloney noted that Domino’s looks forward “to seeing how autonomous delivery can work along with Domino’s existing delivery experts to better support the customers’ needs.”