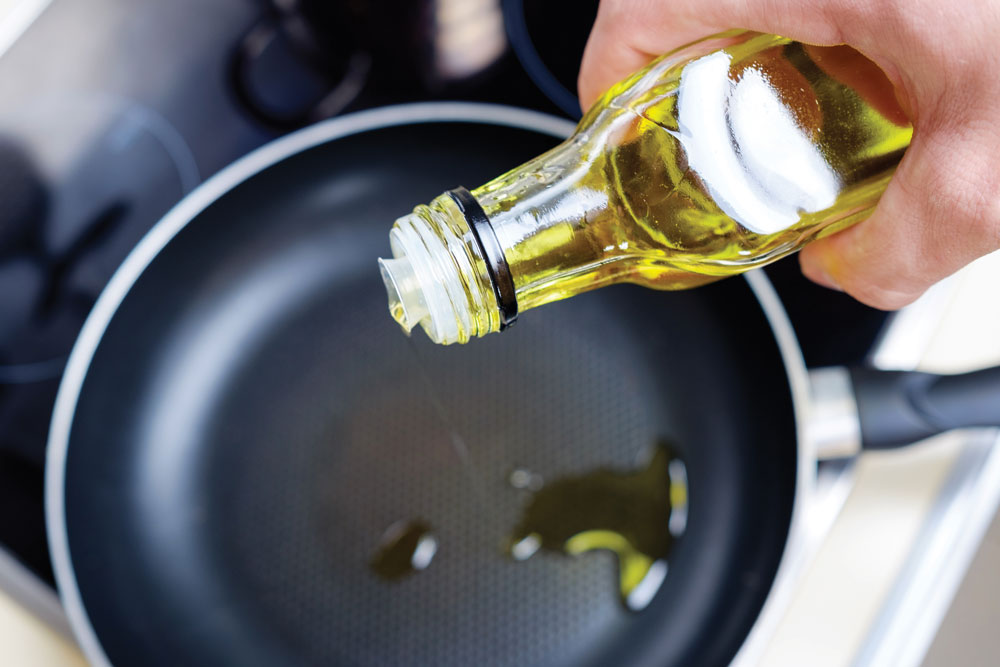 Estimates from the International Olive Council show global olive oil production will reach 2.85 million tons this year, with Spain leading the pack as the world’s top producer and countries like Italy, Greece, Portugal and Tunisia adding to the hefty total.

So who’s buying all of that oil? We Americans are certainly taking our fair share. Over the past few decades, the United States has grown to become the world’s second largest consumer of olive oil, using 90 million gallons annually, yet obtaining only 5% of it from producers here in the United States, according to the American Olive Oil Producers Association. Stats like this one have made many growers and farm-to-table advocates anxious to bring additional olive oil production Stateside.

Olive oil has been produced, in some capacity, for more than 150 years in the States. You can find olive groves in Texas, Florida, Arizona, Oregon, Hawaii and Georgia. However, no other state has embraced the delicious fruit-derived oil as warmly as California. With growers stretching from north of Sacramento down south to San Diego, the Golden State now plays host to more than 400 growers and producers and more than 75 varieties of olives, according to the California Olive Oil Council (COOC), based in Berkeley, California.

In fact, 99% of all U.S.-produced olive oil comes from California, according to Patricia Darragh, executive director of the COOC. “The climate and growing conditions in California are ideal for olive oil production,” she says. “California also has very strict standards for everything it produces.”

Extra-virgin is the highest grade an olive oil can receive, and international standards require the oil to meet both chemical and sensory requirements to be sold as extra-virgin, according to the California Olive Oil Council, based in Berkeley, California.

The oil’s chemistry, tested in a laboratory, must meet or exceed specific parameters that indicate the careful handling and storage of the olives and oil. No chemicals or extreme heat may be used during the extraction process. Every year, within a few months of harvest, the California Olive Oil Council Taste Panel assesses every California olive oil to ensure that it’s free of defects occurring from the use of poor quality olives, faulty handling, etc. Only then can the oil receive a Certified Extra-Virgin Seal. 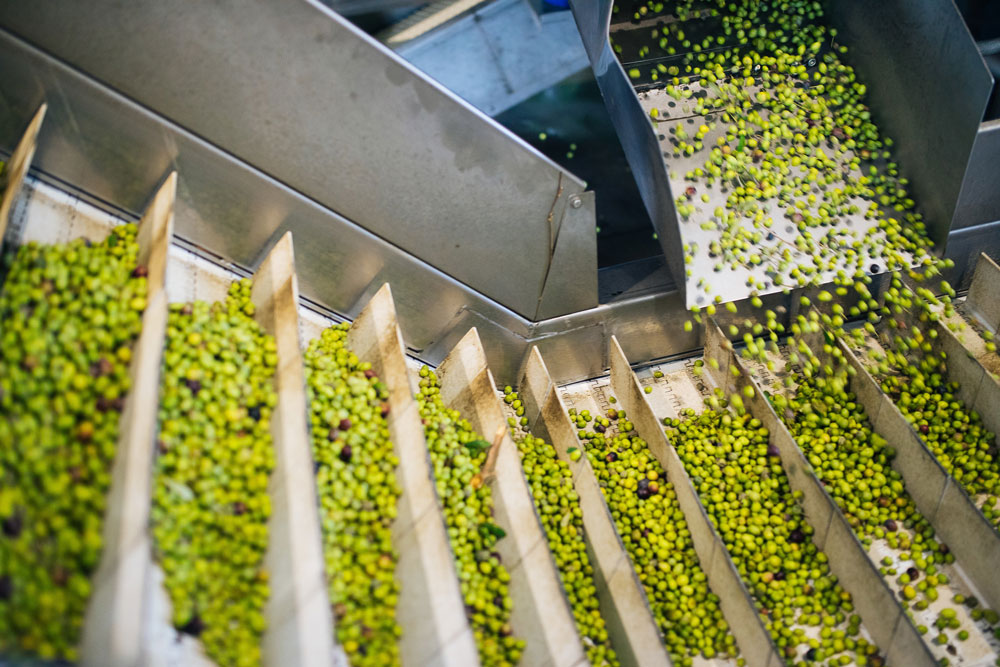 John Mesrobian mills 200 acres of high-density olives in Sanger, California. Opened just two years ago, The Mill at King’s River is an organic and kosher-certified facility and handles largely private-label olive oils. “Most importantly, we are certified by the state as a safe food-handling facility and Safe Quality Food (SQF)-certified, which is a two-part inspection that cost $100,000 and audited our paper and bottling line and then our milling process,” Mesrobian notes. “Most national companies are requiring SQF and HACCP certification now.”

As of August 2017, there were more than 40,000 acres of olives planted in California for the production of extra-virgin olive oil (EVOO), with an estimated 3,500 new acres earmarked to plant each year through 2020. Whether they’re hand-picking or using over-the-top machine harvesters, all growers agree that the most important phase of picking and producing good extra-virgin olive oil is getting the olives, freshly picked during fall harvest, to the mill in time to process them within 24 hours of harvesting. 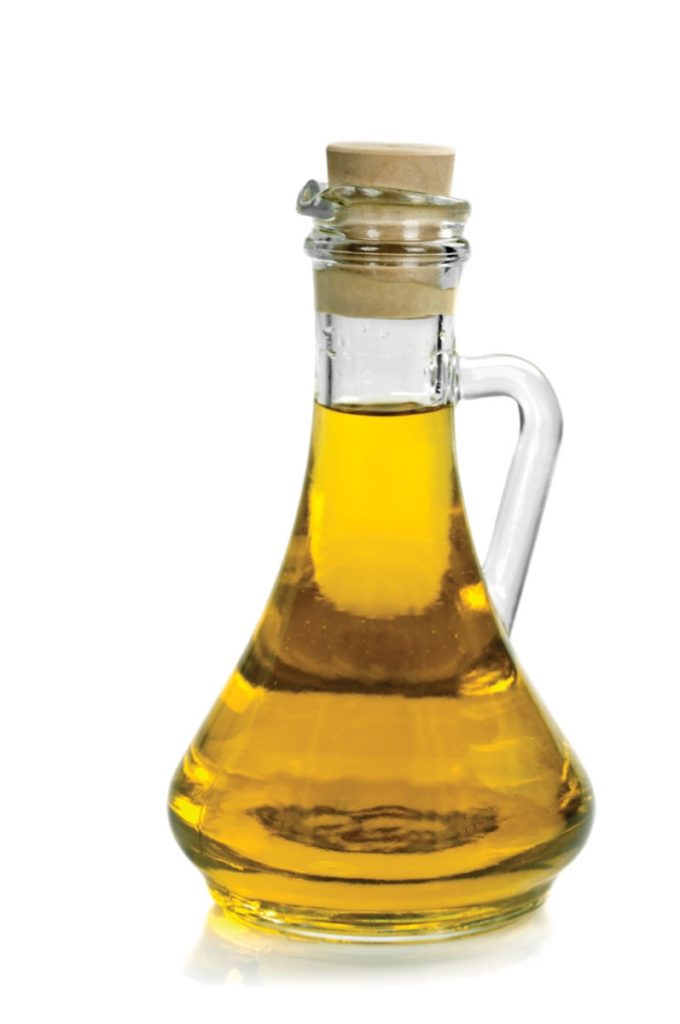 “Like any other fresh product, the more local an olive oil is, the fresher it will be,” says Brady Whitlow, president of Corto Olive, which produces a 100% EVOO and two blends. “By purchasing [fall harvest olive oil] domestically, you’re better able to guarantee freshness, and the flavor is enlightening when it’s truly fresh.”

“The bottom line is that operators should do a taste test,” Mesrobian says. “Buy the oil that you’re impressed with and that you feel will impress your customers.”

Mesrobian adds that operators can go to any number of mills throughout the States and specify how they want their oils blended to create an oil that distinguishes their pizzeria from the one down the street. “Choose an olive oil that improves your product,” he advises. “That should be your standard. For example, a custom mix could be 30% Arbequina, 30% Arbosana and 40% Koroneiki. Make the olive oil unique to your organization.”

The Cheese Board Pizza, an employee-owned company in Berkeley, California, wanted to support local products when it started using California olive oil several years ago, according to co-owner Jessica Ory. “We use an oil blend from Mexico for dressings and sauces, but we use California olive oil for our finishing oil,” she says. “It’s more flavorful and tastes more like olives.”

Like the Italians, California producers have implemented strict rules to ensure the quality of their olive oils. In addition to California Olive Oil Council standards, the state’s olive oil producers must meet other criteria to obtain certification and approval from governing bodies. These standards are considered checks and balances for safe production.

In response to growing consumer demand for more proof of food safety controls, the SQF program has systems in place that monitor procedures used by producers, manufacturers, distributors and brokers. The program is designed to meet the needs of suppliers, the food industry and consumers, according to the SQF Institute. Additionally, since the program is administered by the Food Marketing Institute, it benefits from continuous retailer feedback regarding consumer concerns, which are passed along to SQF-certified suppliers.

The Hazard Analysis Critical Control Point (HACCP), meanwhile, is a management system that addresses food safety through the analysis and control of biological, chemical and physical hazards, from raw material production, procurement and handling to manufacturing, distribution and consumption of the finished product.

These systems and processes sound complex, but the goal is simple: to make better—and safer—olive oils as more American restaurateurs start looking closer to home for their ingredients.

“Consumers are demanding locally produced food,” Darragh says. “Chain pizzerias may have different olive oil needs than smaller independent pizzerias, so we’re able to match an operator with an olive oil supplier based on taste, variety and distance from their business.”

“Olive oil is the next culinary experience that chefs are experiencing,” Whitlow says. “There’s a new awakening to its potential as a real flavor enhancer. When choosing an olive oil, learn and understand that you need to taste it comparatively and know and trust your source.”