Nothing Rounds Out the Pizza Experience Like Creamy, Dreamy Gelato - PMQ Pizza Magazine 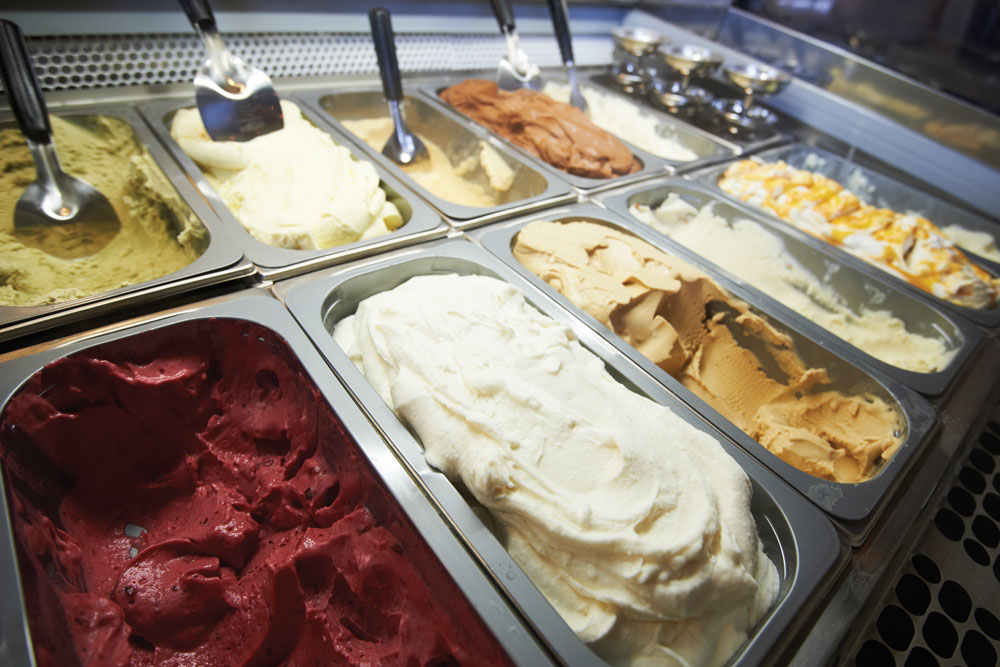 Gelato, on the surface, seems simple; at its core, this creamy treat (the Italian word for “frozen”) contains only a few basic ingredients. Look a little deeper, though, and there’s more to this European mainstay than meets the eye. Like pizza itself, its simple base allows for endless flavor combinations, from traditional to cutting-edge. Its image remains impeccable, with Italian roots helping solidify its reputation as an artisan, homemade, more natural alternative. And its healthier perception is well-deserved: Gelato boasts a lower butterfat content than ice cream—6% vs. 16%, according to Malcolm Stogo, president of Ice Cream University in West Orange, New Jersey. 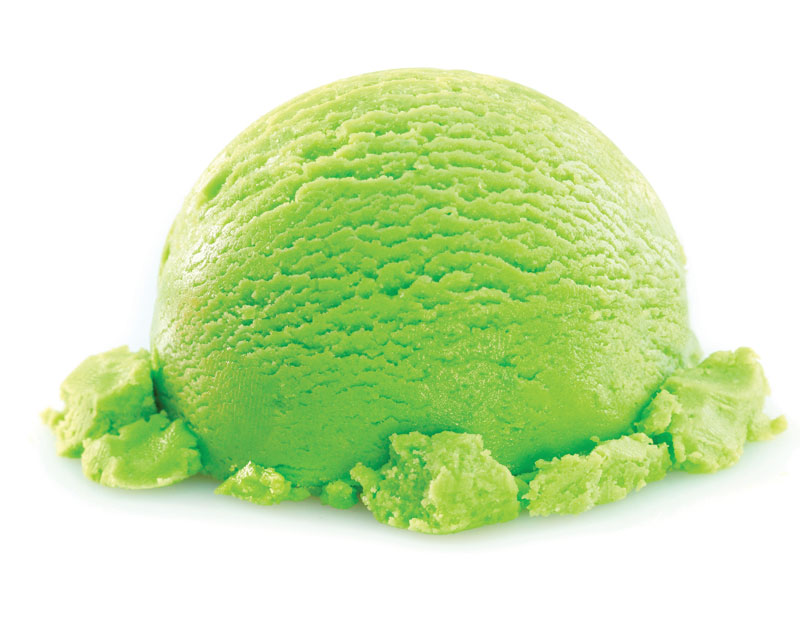 Heck, it’s practically a health food in some parts of the world. “When I traveled to Sicily, I noticed that gelato was considered natural and nutritious, not an indulgence or guilty pleasure,” notes Anne Croy, executive pastry chef at Pastaria in St. Louis. “It’s high in protein, lipids, and vitamins E and B2. It can combine high-quality ingredients—local products, hormone-free milk, high-grade chocolate—and its dense and creamy texture makes it more satisfying in smaller portions. It’s the ideal simple, light dessert after a carb-heavy pizza or pasta meal.”

“If you find a [premade] gelato you feel is a good fit in terms of quality and price, start there. It’s much less expensive, and you can do plenty with standard, popular flavors.”
—Anne Croy, Pastaria

With a home country in common, gelato makes a sensible addition to pizzerias and Italian restaurants. But for operators minding the bottom line, it also offers substantial profits. Stogo estimates that in-house, made-from-scratch gelato can register an average 22% food cost, though it requires significant up-front investment for equipment. Premade options bring in less profit, with a 37% percent food cost, he adds, but some companies will provide a display freezer to help defray initial costs. Or you can look into premade bases to which you add your own flavors.

Initiating a housemade gelato program requires some hefty expenditures. Croy estimates costs for her equipment: spinner, $23,000; 12-flavor display case, $12,000 to $15,000; large-capacity mixer, $30,000—plus a blast chiller and dedicated freezer for storage. Her gelato rakes in a 70% to 75% profit margin, so she estimates it takes about 1 to 1.5 years for an operator to recoup those investments. But today, gelato is an expansion driver for Pastaria, which has started wholesaling to local grocery stores, boosting both profits and brand recognition.

Samantha Hathorn, owner and “big dipper” at Sam & Greg’s Pizzeria Gelateria, with two locations in Huntsville and Madison, Alabama, estimates an average 30% food cost, depending on the flavor (plain vanilla is cheaper to make than exotic avocado). She sells by the ounce (3 to 3.5 for small, 5.5 for medium, and 7.5 for large), training employees on portion control, and by gallons and liters so customers can preorder their favorite flavors for parties.

Fortunately, Hathorn saved on initial investment by purchasing used equipment on sites like eBay and Craigslist, snagging an old Maggie Moo’s display for $11,000 (compared to $20,000 new). “As long as the equipment is clean and in good working order, you can cut your costs in half,” she says. “When we first opened, we weren’t exactly bustling, so it took a couple of years to recoup our investment, but by the third year, our gelato product started to bring in much more money.” The gamble paid off— gelato now brings in one-third of the entire operation’s income.

But money isn’t the only issue; housemade gelatos also require sufficient space for cooking and storage. Croy recommends a fair amount of cooktop space to make bases from scratch, while Stogo suggests setting aside 100 square feet for the display case. At the first Sam & Greg’s location in Huntsville, one-third of the tiny kitchen space was devoted to gelato, and the tight quarters (about 6’-by-12’) dictated that gelato was produced in the morning, before pizzeria production began. When the Madison location opened two years ago, Hathorn invested in a large stove and freezer for expanded demand. “We underestimated the amount of room we needed, especially if you intend to grow the business,” Hathorn admits.

Of course, with better-quality premade products crowding the marketplace, you might decide to order gelato from a third party (and possibly brand with your logo). “If you find a gelato you feel is a good fit in terms of quality and price, start there,” Croy suggests. “It’s much less expensive, and you can do plenty with standard, popular flavors.”

The bottom line: When you’re considering adding gelato, look at both cost and space considerations—then do the math to pinpoint exactly what you’re willing to invest. 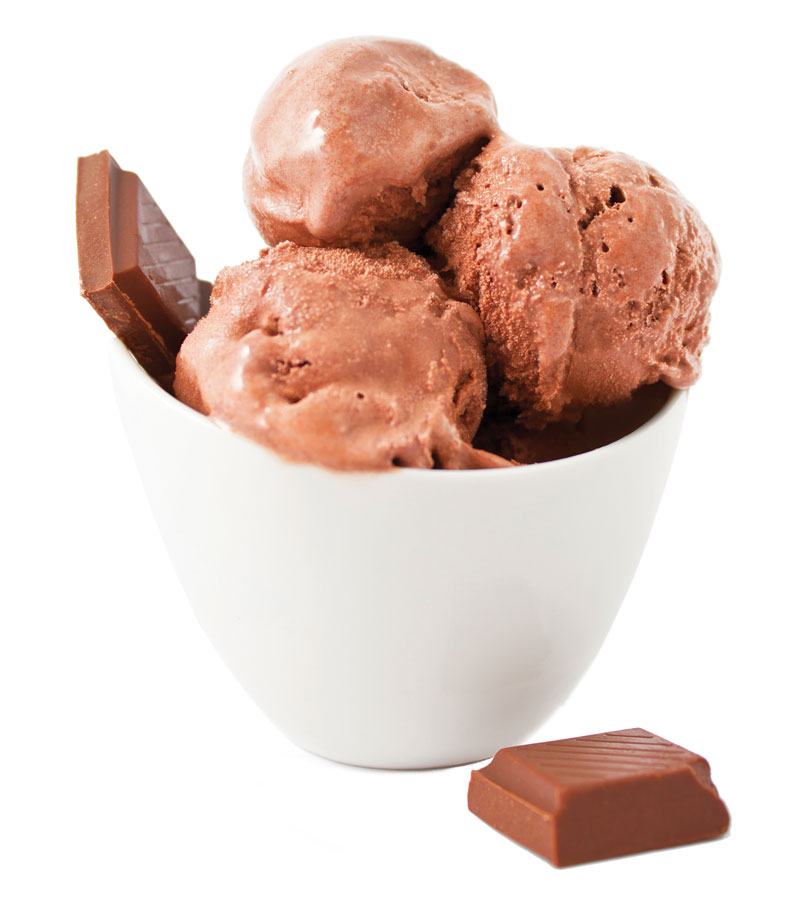 Once you’ve committed to a gelato program, the fun begins—it’s time to experiment with flavors and find enticing ways to display and utilize your new menu mainstay. Croy, who has introduced 100-plus flavors over the last three years, uses her gelato in an impressive range of applications. In addition to the traditional serving scoop, she has created gelato pops; sandwiches (housemade chocolate chip cookies filled with vanilla or salted caramel gelato); gelato-filled Italian donuts and donut sundaes for brunch; gelato-filled tarts, pies and cakes; and even Geloni, chocolate-dipped cannoli shells filled with gelato in lieu of the typical cream.

One of Pastaria’s most popular desserts has been Camping in the Ozarks, featuring 4 Hands (a local St. Louis brewery) Chocolate Milk Stout chocolate gelato, layered with toasted sage marshmallow gelato and sprinkled with Missouri whole-wheat mini Graham crackers. Croy’s Breakfast of Champions infuses gelato with farro pureed with cinnamon and butter, and currants plumped in brandy. Other ingredients may include fresh coconut slivers, dried apricot bits rolled in chocolate, or salted pistachio dust. “Our recipe doesn’t use eggs, which creates more pronounced flavors, and we use less sugar than the typical recipe—we’re not interested in supersweet desserts, but in flavor and texture, so we cut back, and people have really responded to it.”

For added inspiration, it pays to shop locally. Hathorn sources organic strawberries from Hunstville farms and browses farmer’s markets to find homegrown apples or in-season rhubarb. She also partners with local breweries to create beer-infused gelato. The signature Sam & Greg’s flavor is rich avocado-olive oil, but other top-sellers range from spicy hot chocolate with cayenne to vanilla and cookies-and-cream (in mint or traditional). “We want to have the basics, but we also want to offer things you can’t get anywhere else,” Hathorn says. “In our 12-compartment display, at any given time, we’ll offer half traditional, half more unusual flavors.”
Stogo agrees operators should mix it up with less- expected varieties, such as coffee, tiramisu, or ricotta with fig. But more familiar flavors will often reign supreme. For by-the-scoop servings, Croy’s most popular options include vanilla bean, chocolate, pistachio and toasted hazelnut; her bestseller is salted caramel.

Finally, don’t neglect your displays; place them in plain view and ensure gelato flavors are colorful and beautifully presented. “We put the gelato case up front, because we want people to know right away what we’re about,” Hathorn notes. “Gelato is a very visual kind of dessert; people want to see those flavors when they walk in.”

At Pastaria, customers may wait up to an hour for service, so many amuse themselves by perusing the gelato flavors and picking out what they’ll order for dessert. “It’s a good conversation piece and point of interest for customers,” Croy explains. “And, because we try to be supercreative with flavors, it’s a great way to get feedback on the product.”

Whether you craft your own or buy premade, gelato is a no-brainer partner for pizzerias—and with the proper push behind your program, this humble dessert can actually become a defining product of your brand. “As people have gotten more interested in it, we’re able to draw customers in with new flavors, and it’s a great item to expand on,” Croy concludes. “It’s been a huge success as part of our restaurant.”