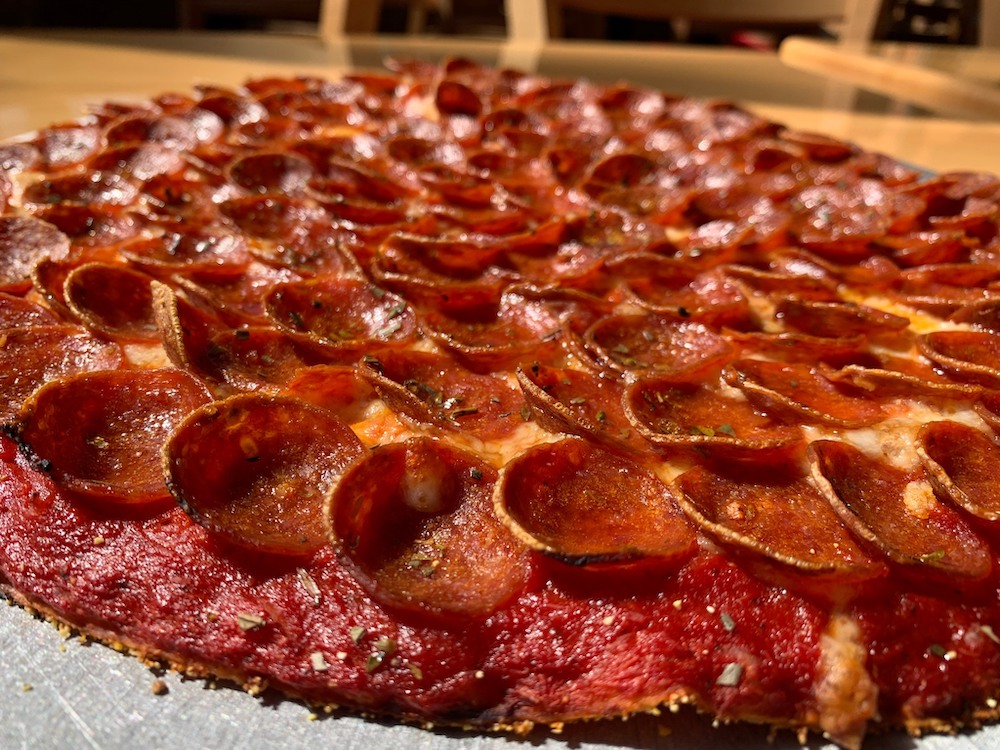 Related: Will cold-cut pizza be the next red-hot style?

Ask folks in Columbus, Ohio, if there’s such a thing as Columbus-style pizza, and many will act like it’s a stupid question. Well, of course there is, they’ll tell you. And food writer Jim Ellison, author of “Columbus Pizza: A Slice of History,” agrees. Never mind the argument that Columbus-style is really just a variation of Chicago’s bar/tavern-style pizza. He’s not buying it.

In a recent article for Columbus Underground, Ellison laid out his case while admitting there’s no nationwide consensus on the subject. “Many of you already subscribe to this truth, so you need not be assimilated,” he writes. “Others will roll their eyes at what they feel is some other attempt to make Columbus cooler than it is.” The latter, whom he characterizes as “Columbus Pizza Trolls,” revere the triangular slice and simply “can’t see the pizza for the squares.”

Ellison describes Columbus-style pizza as sporting a thin-to-medium crust, a red sauce “that leans toward the sweet side,” provolone or a provolone/mozz blend, “densely layered toppings often including a layer of pepperoni encasing the pie from one side to the other,” and, yes, cut into squares after baking in a deck oven. The style can be found at pizza joints like Massey’s Pizza, Tommy’s Pizza, Gatto’s Pizza and many others.

For backup, Ellison turns to a number of experts, including Darren Ezzo of Ezzo Sausage. “I absolutely believe there is a Columbus style, so you can put me in that column,” Ezzo is quoted as saying. “I’m also a great devil’s advocate, so I could also talk about how it could be considered a modified tavern-style or bar pizza, whichever is the preferred colloquialism.”

OK, that’s not exactly a ringing endorsement of Ellison’s point of view. But Ellison also turned to Matt Heaggans, a Columbus chef and restaurateur who co-owns Preston’s: A Burger Joint, and Ambrose and Eve, and Matt Swint, owner of the wholesale bakery Matija Breads. Although Ellison doesn’t quote them directly, he says both are “on board with Columbus-style pizza.”

According to Experience Columbus, the Donatos chain, known for its edge-to-edge toppings, is a prominent, large-scale purveyor of Columbus-style pizzas. Then, again, things get a little confusing if you read the online ordering platform Slice’s description of Columbus-style pizza. There, it’s described as boasting an “ultra-thin crust that’s usually crispy, closer to a cracker than the typical pizza base,” but it’s also compared to the St. Louis style “with a couple of key differences”—the type of cheese (St. Louis style features Provel) and Columbus pizza’s “airy and bubbly crust” owing to the inclusion of yeast in the dough.

“If anything, Columbus-style is a delicious doppelganger for Chicago thin-crust,” Slice adds.

But Ellison isn’t having any of that. “We have a deep respect for our Chicago cousins,” he states, flatly, “but we are still different and very good.”