Will Cold-Cut Pizza Be the Next Hot Style? - PMQ Pizza Magazine 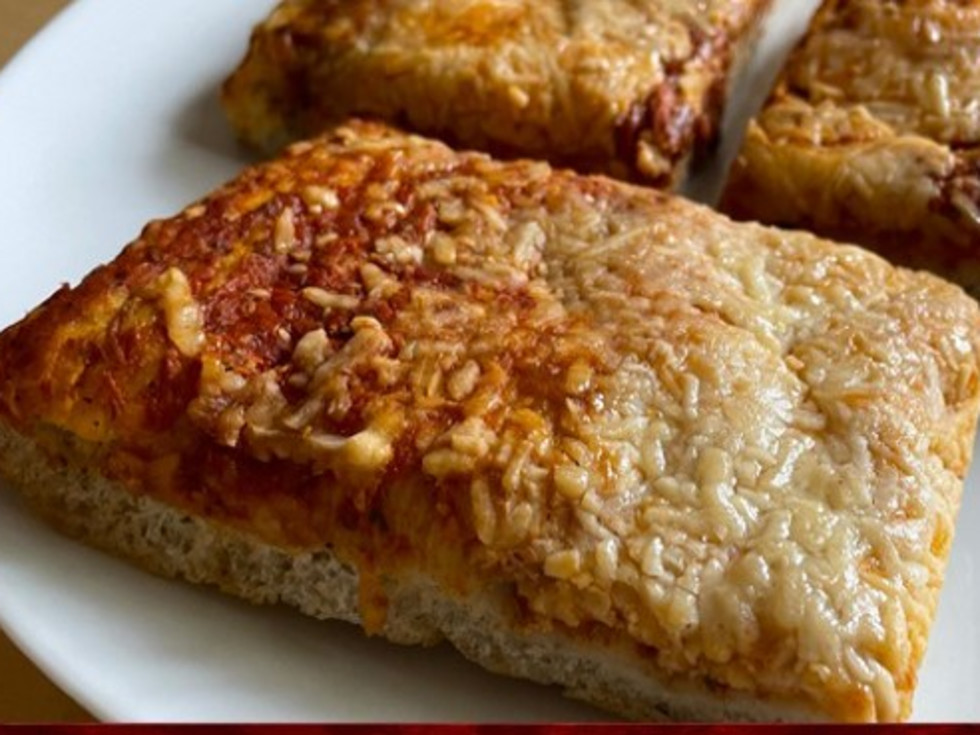 Related: The legend lives on at De Lorenzo’s Tomato Pies

Not all pizza is meant to be served hot and fresh out of the oven. Ask anyone who’s ever tried a Philadelphia Tomato Pie. And if you don’t have friends in Philly, Bob Shema, owner of Popolo Red’s in Irving, Texas, will gladly fill you in.

Popolo Red’s specializes in the Northeastern staple dish, which Shema describes as “cold-cut pizza.” He grew up eating tomato pies in Pennsylvania, he told Culture Map. “It’s a style that’s popular up there—they call it pitza,” he said.

Tomato pies can be served hot or cold, but many think it’s best when it has been allowed to cool out of the oven for a bit. Some aficionados even stick it in the refrigerator for a while before chowing down. “People say, ‘What’s the big deal? I’ve had cold pizza at home.’ But this is a little different,” Shema told Culture Map. “This is made to be eaten cold. Room temperature is best. When it’s freshly made, it’s almost juicy. It has a nice texture. There’s nothing like it here [in the Dallas area].”

Shema moved to the Lone Star State in 1986 but longed for the tomato pies he grew up with. “When I would go back home, I’d go to a bakery and get a bunch of boxes, and I’d eat four slices before we’d leave the parking lot,” he recalled. “I kept thinking, there’s gotta be a way to get this down here.”

One of his favorite bakeries in Pennsylvania wasn’t interested in opening a location in Dallas, so Shema decided to get into the tomato pie business himself, with some partners and two local professional chefs who helped him fine-tune the recipe.

“It’s a thick crust, almost like a focaccia, topped with tomato sauce and very roughly grated hard Italian cheese,” Shema explained. “You bake it, then let it cool, and cut it into rectangles. It’s a great grab-and-go item, it has amazing flavor, and you can eat it immediately.”

And what about the name Shema chose for his eatery? According to his website, Popolo Red was the moniker for a “red-headed pauper” in Rome, who would bake cold-cut pizzas for people who gave him lodging or money.