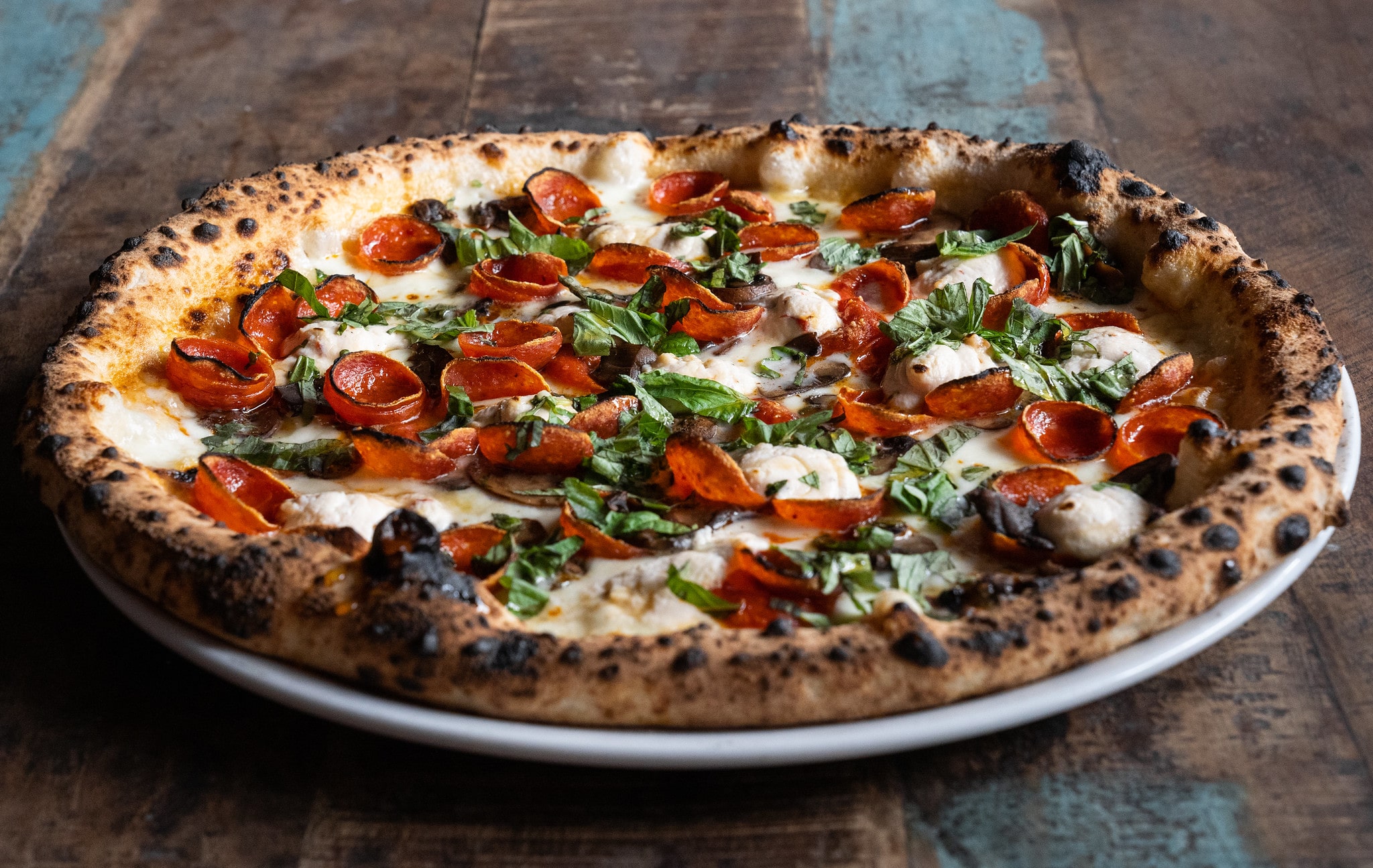 Cup-and-char pepperoni, pictured above on a pizza from Cane Rosso in Dallas, curls up under heat and creates tiny cups of tasty meat juice.

A reported shortage of cup-and-char pepperoni has pizzeria owners in Buffalo worried since the pepperoni style is a popular pizza ingredient citywide.

As the Buffalo News reports, Buffalo-area pizza shops are struggling to get their hands on cup-and-char pepperoni, which is “definitely a hallmark of Buffalo-style pizza,” according to Nick Argy, owner of Macy’s Place Pizzeria. This type of pepperoni is known for curling up under heat and creating tiny cups of flavorful oil. “It makes our pizza what it is,” Argy told the newspaper.

The Buffalo News says national suppliers like Smithfield and Tyson Foods have been running low on the ingredient. The article pointed to Buffalo-based Battistoni Italian Specialty Meats as one of the few suppliers that still offer cup-and-char pepperoni, but Battistoni’s website reports that it’s “temporarily sold out” at present.

A representative of Gordon’s Restaurant Meat told the Buffalo News that the fulfillment of orders for the pepperoni style has been unpredictable, and some suppliers are reportedly rationing the product. When it’s available, it can cost as much as $7 per bag.

PMQ reported that prices for pepperoni were skyrocketing in August as COVID-19 took a toll on workers at meat processing plants. “It’s an American right to have pepperoni on pizza,” Matthew Hyland of Emily in New York City told Bloomberg. “Pepperoni is such a huge part of pizza, it’s important to us that we keep it accessible.”

As of November 16, Hormel Foods’ website listed Fontanini’s cup-and-char pepperoni among its several dozen pepperoni types, with no indication that it’s sold out.