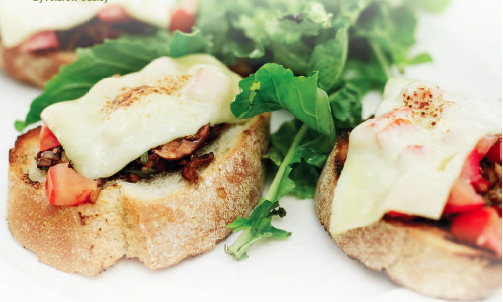 A decade ago, if you thought of the word “artisan,” images of craftspeople and their trades—glassblowing, ceramics or woodwork, perhaps—might come to mind. But the term “artisanal” now, more than ever, applies to the culinary arts, including bread making. The artisanal trend has been growing for years, with an explosion of self-proclaimed foodies demanding everything from ice cream to soda in a made-from-scratch manner. Similarly, artisanal bread relates to the process of making bread by hand, in small batches, using basic and accessible ingredients. Of course, bread in its purest form is nothing but yeast, flour and water; but it’s the combination of these ingredients under the watchful eye and floured hand of a human, rather than a machine, that differentiates artisanal bread from its mass-produced counterparts more often seen in the bread aisles of your local grocery store. In other words, artisanal bread is to bulk-produced loaves what homemade mozzarella is to Kraft singles—it’s a difference that the customer will notice and, more importantly, will set your pizzeria apart.

In a period of economic instability and universal penny-pinching, bread remains a dietary mainstay. Human beings, even (and sometimes especially) those on carb-restricted diets, can hardly resist the smell of a freshly baked loaf of bread. Call this desire primitive or instinctual, but it’s a fact: People love bread. A basket of homemade bread passed around the table can be the perfect catalyst for a memorable meal. Customers also appreciate having something to snack on while they read through the menu or wait for their food. If the bread is homemade daily, customers also view it as unique and exclusive.

Indeed, customers not only enjoy homemade bread for its taste, but also for the specialty of the product. Brett  executive chef and co-owner of Mafiaoza’s Pizzeria (mafiaozas.com), with two locations in Nashville, Tennessee, and Birmingham, Alabama, knows very well the impact that homemade bread can have on business. “Baking your own bread takes time and a connection to the product, and that’s something the customer definitely takes note of,” he explains.

The bread becomes not just food, but a reflection of the commitment and authenticity of your restaurant. The loaf of artisanal bread sitting on the table was made by hand, just behind the swinging doors to the kitchen—and it’s not available anywhere else. It has no preservatives or fillers. Customers think, “That warm, radiating basket of bread was made for me.” Simply put, it’s a nice feeling.

Baking your own bread can also be a boon for business. “It can set you apart from you competition,” says Corrieri, and adds how easy it is to market bread to new customers. “We let the product speak for itself. The smell of fresh-baked bread is usually advertisement enough.” Mafiaoza’s homemade foccacia bread is served with entrees and on panini sandwiches, but the most popular bread item is the bruschetta appetizer. For $6.50, customers get 15 slices of bruschetta topped however they like it. Popular toppings include Italian tomato relish, Gorgonzola cheese and white bean hummus. And, at Mafiaoza’s, yesterday’s foccacia becomes today’s bruschetta; so even in its second life, artisanal bread is profitable and versatile, and doesn’t promote waste.

Joshua Vanderhoof from Zeffiro Pizzeria Napoletana (popular-zeffiro.com) in Las Cruces, New Mexico, seconds the notion that serving bread before meals helps set your restaurant apart from other restaurants in town. “Here in Las Cruces, everybody throws chips and salsa on the table,” Vanderhoof says, “but we use our bread. How can you have good Italian food without good bread?” Zeffiro, which shares a building with its sister bakery, the Popular Artisan Bread Bakery, has become a staple for great bread in the community. “We’ve had people fight over it,” Vanderhoof admits. Zeffiro’s scrap bread rolls, made with leftover ciabatta, sell out so fast that loyal customers are often disappointed when they fi nd out they are already off the shelves. Take that as a sign: If your bread can cause a row among customers, you’re doing something right.

From Oven to Plate

Artisanal bread can be a versatile addition to your menu. Some choose to go simple, offering bread only as an appetizer. Coupled with an infused butter whipped with garlic and chives or Parmesan and black pepper, a simple loaf of bread can pack a whole lot of flavor when served with antipasto.

However, restaurant owners are divided in their opinions on free bread before a meal. “It’s a quality product with quality ingredients, so why shouldn’t we be compensated for it?” asks Corrieri. His restaurant charges $4 for a bread appetizer.

At Zeffiro, however, free bread before the meal has become a well-received custom. Vanderhoof succinctly defends the free bread, saying, “It’s bread. It’s supposed to be free.”

Whether you choose to charge or not to charge, there are plenty of ways to show off your artisanal bread by featuring it on your menu. Of course, there is always the sandwich option, such as cured meats piled high between two slices of artisanal bread; the finished product not only tastes better, it even sounds better on the menu when you add a phrase such as “…on our freshly baked sourdough” to the end of a sandwich description. Meanwhile, soup is simply not complete without good bread. Better yet, why not combine the two cold-weather staples and make a bread bowl as an edible container for your soups?

Appetizers like Mafiaoza’s bruschetta are a great way to incorporate different and unique flavors, with your bread as a backdrop. Extend the life of your artisanal bread even longer by turning unused bread into croutons for salads. And, if your bread is really a hit, it can be packaged and sold as a takeaway item. If a customer is smitten with your bread, he can purchase a loaf and take it home to have with lunch tomorrow.

Anyone who has ever baked his own bread can tell you that the endeavor can be tricky. The process is time consuming and messy, and often takes a bit of experimentation to get it just how you like. Once the recipe is perfected, though, it’s likely that you’ll never go back.

Artisan Bread in Five Minutes a Day by Zoë François and Jeff Hertzberg has become a veritable bread bible for neophytes looking to make artisanal bread, and the authors give suggestions on making bread by hand. “We’ve stripped away the intimidation, the guesswork—no poking or punching,” says François. “We’ve gotten it down to the basics.” The foundation of their book is the recipe for the Artisan Free-Form Loaf. Also called “The Master Recipe,” this easy and approachable method requires no kneading or special ingredients, and simply calls for water, yeast, flour and salt—and an oven, of course.

The most appealing part of François and Hertzberg’s master recipe is its shelf life. A batch of dough will stay good refrigerated for up to two weeks, making it a logical fit for a restaurant. Of course, like any dough, its flavor will mature during that period. François and Hertzberg assure restaurateurs who are looking to incorporate artisanal bread into their menu that bulk ingredients bought from your restaurant supplier can be used to make the artisan bread, and there are countless bread recipes available through cookbooks and on the Web.

At Washington’s Pizzeria Paradiso (eatyourpizza.com), making bread in-house was just a common-sense decision. “If you make your own pizza dough, you can make your own bread; you have the ingredients and the tools to do it,” says Ruth Gresser, owner and chef of Pizzeria Paradiso. “The important part is finding which bread matches your restaurant.”

For those who simply do not have the resources to make their own bread, you can also fi nd numerous options to purchase par-baked bread that you can finish baking at your restaurant. Look for a supplier to fit your needs in the sidebar “Show Me the Bread” on page 29.

James Beard, the famous American chef and food writer, once said, “Bread is the most fundamentally satisfying of all foods.” He had a point: Bread has rightfully earned its tenure as a staple in almost all food cultures. “It’s built into our cultural memory,” says Corrieri.

Artisanal bread making isn’t accessible to all restaurants, whether due to limited space or manpower, but for those who can, it’s well worth the effort to hear customers say, “Another basket of bread, please?”