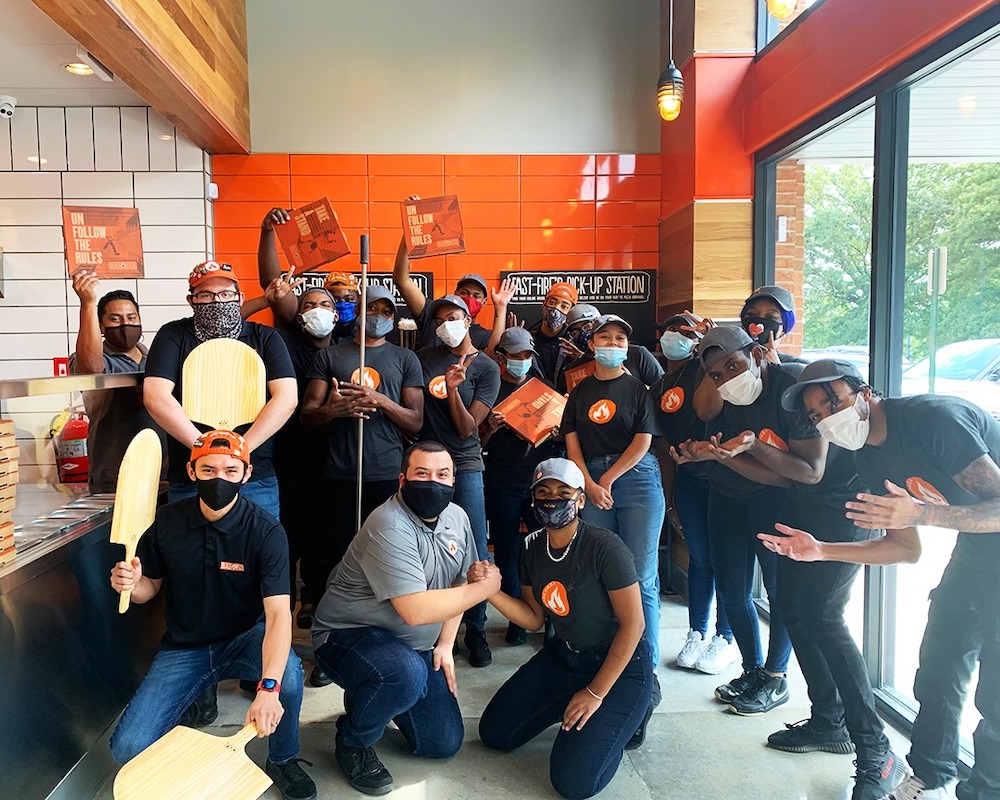 Related: Could Blaze Pizza be the one to topple Domino’s?

Blaze Pizza is expanding its West Coast footprint with two new multi-unit franchisee agreements. The company plans to open two restaurants in Indio and Colton, California, both new markets for the brand in its home state.

Blaze Pizza has also signed an agreement to open four locations in Alaska, starting in Fairbanks.

Rick Gestring, Blaze Pizza’s chief restaurant officer, recently told Nation’s Restaurant News that Blaze is looking to open franchised stores in all 50 states. “I’m probably most pleased with how, when we got a market where we haven’t been before, [we see] the acceptance of fast-casual pizza that’s something different than the big box pizza places,” Gestring said.

New Blaze franchisees Greg and Catharine Persinger will be the owners and operators of the brand’s Alaskan locations, spearheading Blaze’s debut in the state. As experienced multi-brand developers, the couple also own successful Firehouse Subs and Cold Stone Creamery franchises.

Leading Blaze Pizza’s development in Southern California are brother-and-sister duo Aman and David Chandi. The siblings come from a family with strong roots in multi-unit franchise operations and real estate development, currently operating several Del Taco and Subway franchise locations in the Golden State. They plan to develop the new Blaze locations in Indio and Colton, both of which will be located in shopping plazas owned by the Chandi family.

“For more than ten years, we’ve worked closely with our family to learn about the franchise industry and have seen firsthand the importance of investing in a concept with proven viability,” Aman Chandi said. “Blaze Pizza has captured a passionate following from consumers nationwide. In fact, we came to love the brand first as customers and are thrilled to have the chance to share this concept’s one-of-a-kind dining experience with our community.”

To support its aggressive development efforts, Blaze recently appointed Andrew Verhagen as franchise sales manager and John Grega as director of construction. Together, the new team members bring extensive backgrounds in franchising and have worked with nationally recognized food brands, including Bojangles and Inspire Brands.

“At Blaze Pizza, we are proud to be true partners to our franchisees and have continually invested in our leadership team to ensure that we have the best of the best at the helm of this growing brand,” said Ed Yancey, vice president of franchise development for Blaze Pizza. “Andrew and John are the latest industry veterans to join our team, and we have no doubt that their wealth of knowledge will be an invaluable resource for both new and existing restaurant operators in our system.”