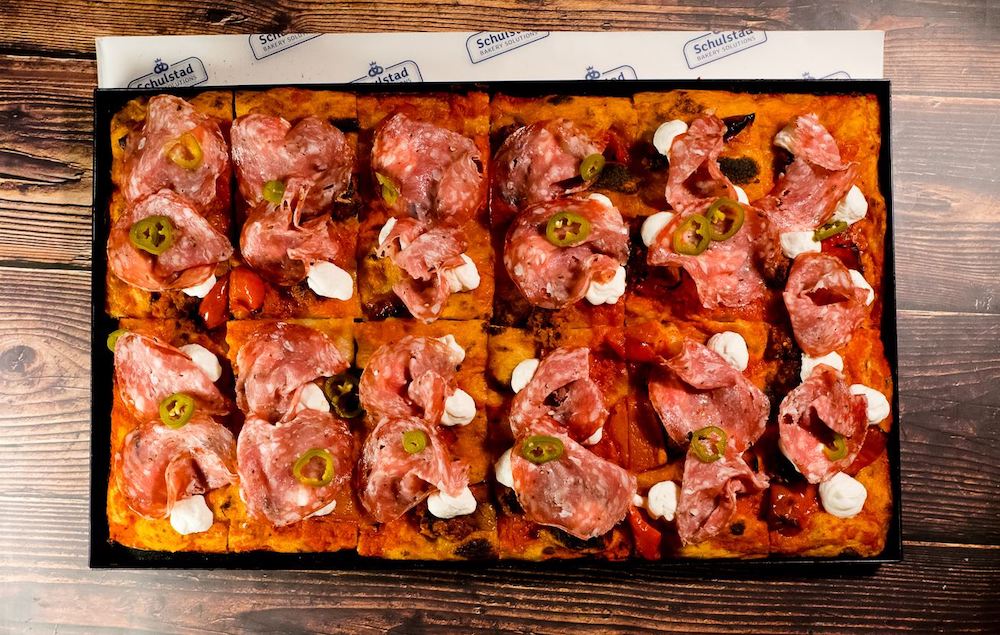 The Dondini from Mike's Peckham was named the best pizza in the UK.

Judges of the National Pizza Awards chose a Roman-style pie as the best pizza in the United Kingdom last week, marking a big win for a newly opened restaurant called Mike’s Peckham in south London.

“Francesco has worked so hard to make a dough as special as it is,” Mike’s Peckham co-owner Mike Davies said.  “It’s a little bit different from the other kinds of pizzas that were in the final, so it’s nice to have that kind of representation.”

Mike’s Peckham opened in April of this year with a focus on Roman-style pizza.

“Roman-style pizza—especially pizza Italia, which is the kind of pizza that we make—is really not an old tradition; it’s probably about 40 years old,” Davies said. “Neapolitan pizza has obviously been made for a lot longer than that. I love all kinds of pizza, to be honest, but I’m quite excited by the idea of something a bit less traditional getting the credit it deserves.”

Davies said that the Roman-style tradition of pizza-making is encumbered by fewer rules than the Neapolitan-style, allowing more flexibility with the toppings. “You’ll find things that you wouldn’t necessarily find on a more classic pizza,” he said.

Laurence Tottingham of Revolution Bars Group was crowned Pizza Chef of the Year in the awards ceremony. He won the honor after creating a “technical pizza” using ingredients supplied by the event’s sponsors.

The 16 finalists in the National Pizza Awards competed in a series of challenges, starting with cooking their signature pies in front of the judges. Each pizza chef also competed in the technical pizza category.

The pizzas were judged on how the base/pizza was made; flavor profile; the bake; aesthetics and presentation; texture, quality and consistency; and choice and use of ingredients.