Video: How to Make Via 313's The Detroiter - PMQ Pizza Magazine 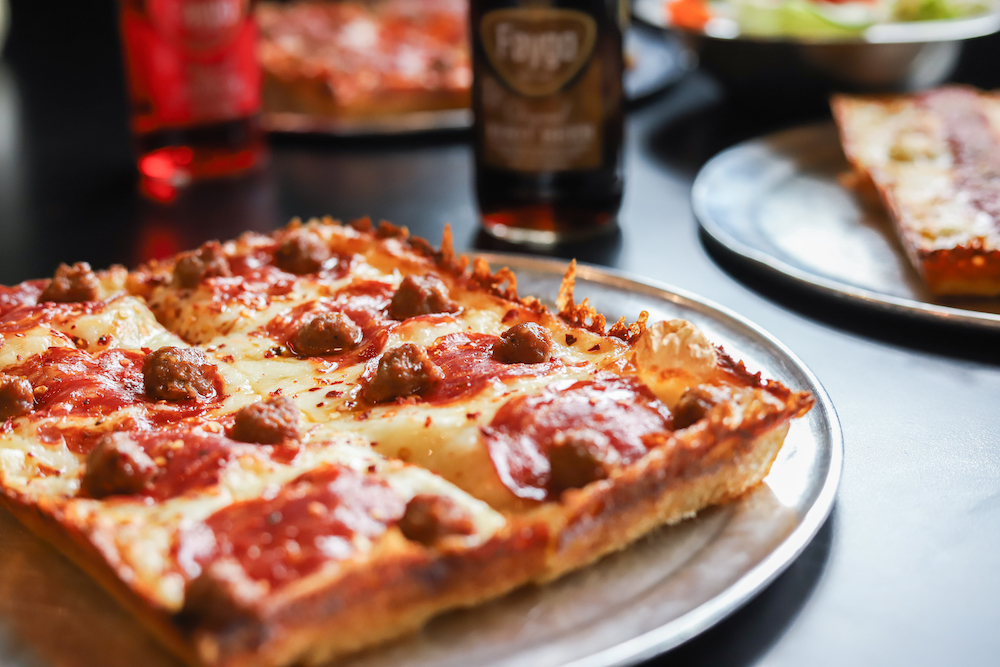 Via 313 founders Brandon and Zane Hunt grew up eating Detroit-style pizza in their native Detroit. But, to them, it was just pizza that happened to be square-shaped. No big deal. Now they know better as the style has exploded in popularity around the country. Fortunately, they were ahead of the curve: The brothers partnered in 2011 to bring Detroit-style pizza to their adopted home town of Austin, Texas, and they quickly began to pile up awards and honors for their work.

As detailed in the cover story in the September 2021 issue of PMQ Pizza Magazine, Via 313 now has two food trailers and three brick-and-mortar stores in Austin, with more stores scheduled to open in Texas and Utah this year. Before they could get too busy to speak to us anymore, Brian Hernandez, PMQ’s test chef, headed to Austin to hang out with the Hunt brothers at one of their brick-and-mortar stores. While there, they baked up a square pie for him, including a great, big wall of cheese, and showed him how they make their Detroit-style pizzas taste so good!