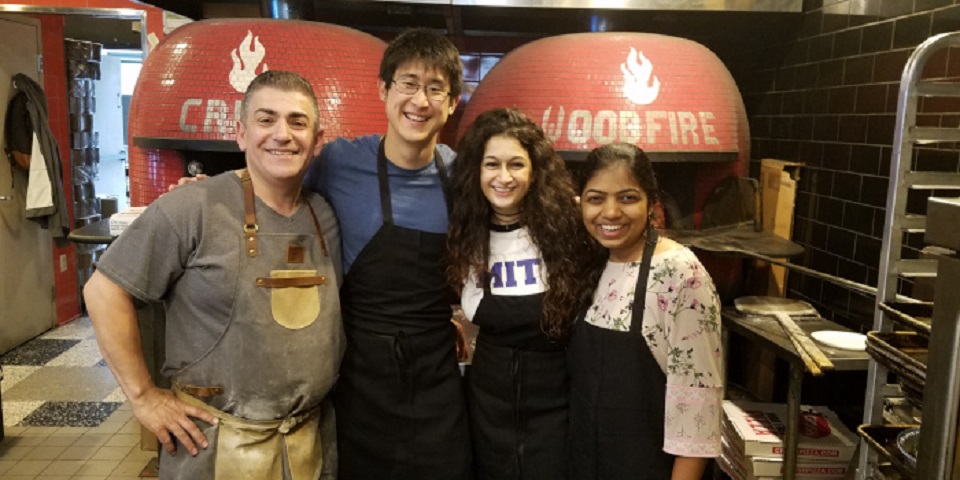 What if HAL 9000 and David Bowman made pizza together instead of fighting in 2001: A Space Odyssey? We’ll never know for sure, but a real-life collaboration between an artificial-intelligence (AI) network and a human chef has led to some out-of-this-world pizza recipes.

A group of MIT scientists with the How to Generate (Almost) Anything Project teamed up with Tony Naser, owner of Crush Pizza in Boston, to bring to life five artisan pizza recipes dreamed up by a “recurrent neural network” nicknamed Strono. To test Strono’s creative abilities, the team first taught hundreds of pizza recipes to the AI network and then trained it to generate its own unique recipes.

Some of Strono’s suggested ingredients simply don’t exist, although “snipped caramel cheese” does sound intriguing. Fortunately, most of them were not too far off the culinary mark. Strono’s recommended recipes featured main topping combos like shrimp, jam and Italian sausage; sweet potatoes, beans and brie; blueberries, spinach and feta; bacon, avocado and peaches; and apricots, pears, cranberries and ricotta.

Click here for all the AI-generated recipes and give them a try yourself!

Naser set out to make the recipes in his kitchen at Crush while adding his own flourishes as part of the collaboration. For example, some of the recipes lacked a base or cheese, and others needed a tweak here and there to work.

For the Blueberry, Spinach and Feta pie (see below), Naser opted for a white-sauce base but still managed to incorporate Strono’s required “chunks” of red onion, roasted garlic, cilantro and lime wedge. The MIT team gave the final pizza a taste test and pronounced it “interesting,” noting that the blueberries “were kind of melted out, and most of us couldn’t really taste them.” 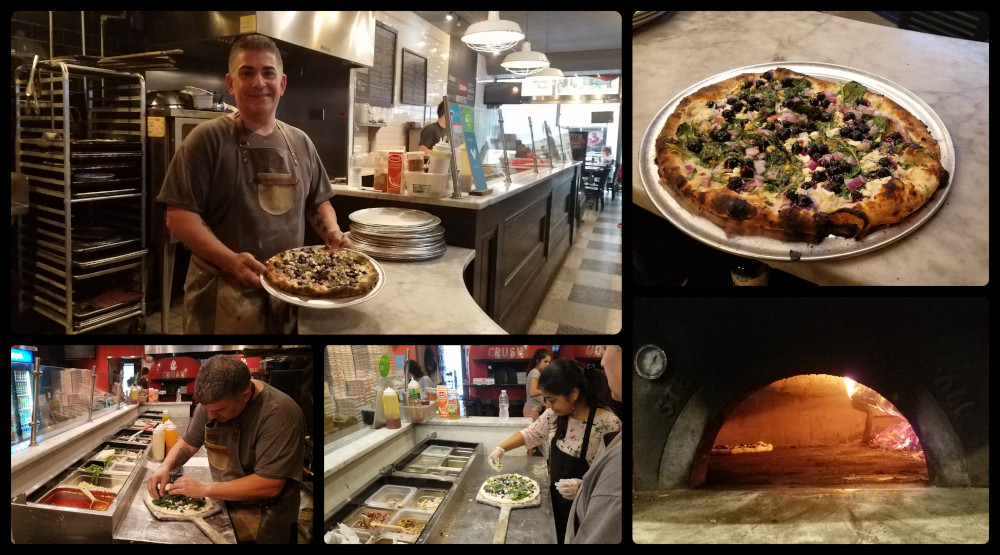 On the other hand, the Bacon, Avocado and Peach pie, which also included red peppers, red onion slices and hot sauce, was a hit. “It was a great pizza,” the team concluded. “It gave us a similar taste and feeling of the Hawaiian pizza. (Team member) George said he would order this at a restaurant.”

But Strono and Naser’s most successful collaboration was the Shrimp, Jam and Italian Sausage Pizza, which also featured goat cheese, cherry tomatoes, chopped cucumber, mozzarella and a sprinkling of rosemary. “We didn’t see it coming, but it was definitely the BEST pizza of all (so good that Tony is considering [putting it] on his menu)!” the team gushed. “[The] jam went really well with the shrimp and Italian sausage. After the tasting, Tony also decided to put some arugula on top, which really elevated the taste as well.”

MIT researcher Pinar Yardanag created the Generate (Almost) Anything Project, which aims “to test the limits of human-AI collaboration to generate (almost) anything the human mind can (and can’t) imagine,” according to the project’s website. The team videotaped the cooking sessions and created two videos—a shorter 9-minute clip and a full-length version running more than 25 minutes.

Here is the shorter video clip, and the full-length version is further below: