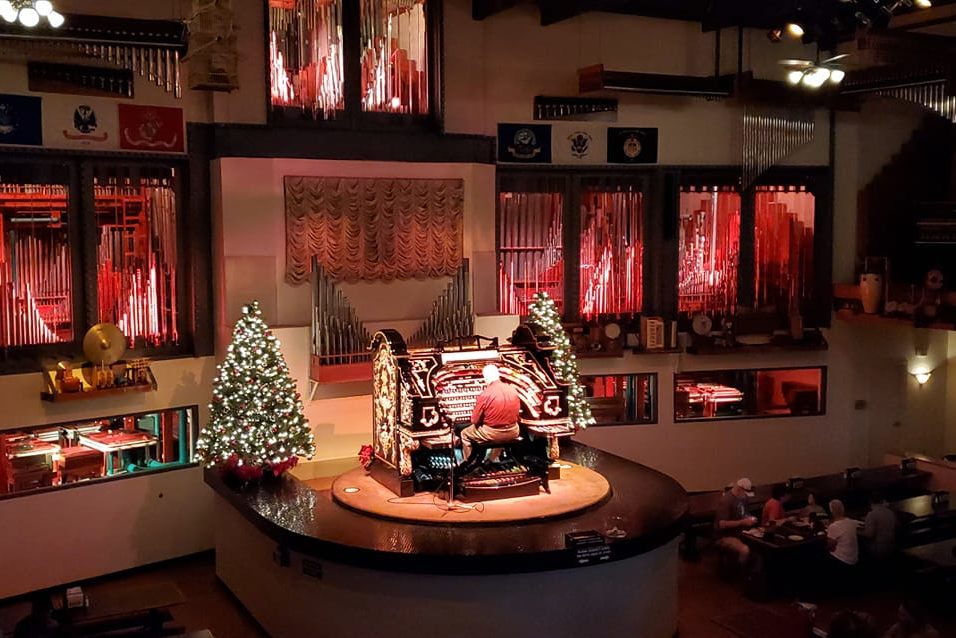 Recently, Organ Pizza Stop of Mesa, Arizona said goodbye to their beloved organist, Charlie Balogh, who passed away from a stroke.

The pizzeria employees said he was “a wonderful human being” who will be sorely missed from the establishment, where he played since 1991. Below is a video by Phoenix Magazine in which he played the”Whirling Wurlitzer” organ, reportedly the largest in the world.  In the same video, Balogh can be seen playing his organ atop a revolving stage above the pizzeria.

His absence is felt by all who loved him at the pizzeria.  One commenter wrote on social media: “Knowing Charlie’s affinity for Big Band and Swing music, Heaven just became a much livelier place.”

Another chimed in: “So saddened to hear this news. We live in Peoria but loved to go across town every Christmas holiday to hear him play. Our whole family enjoyed his music. He will be greatly missed and [I’m] so happy we will have the memory of his music … [he was] such a nice man to everyone!”

One remembered the kindness Balogh showed her when she was going through hard times: “He will truly be missed. He was a great musician. When my mom was sick with cancer, he played a beautiful Sound of Music medley that I had requested as a tribute to her. He also played the best John Williams music (i.e.; Star Wars, Superman, etc). I will miss hearing him play. Praying for comfort for his family during this difficult time.”

Organ Stop Pizzeria is one of nearly a hundred pizzerias that serenade customers with this instrument, but it’s world-renowned for its Wurlitzer organ.

Phoenix real estate developer William P. Brown, who loved the majesty of a theatre pipe organ, opened Organ Stop Pizza in Mesa in 1975. He bought the organ from Denver Theater and completely rebuilt the instrument, enlarging it from 15 sets of pipes to 23.

According to Organ Stop’s website, the restaurant and its organ “have come to be known as the biggest and best in the world as attested to by many of the world’s finest theater organists and, more importantly, the hundreds of thousands of patrons who visit each year. There are continuing efforts to make additions and improvements to the organ, endeavoring to fine-tune the instrument closer and closer to perfection.”

The family is raising money to afford funeral expenses for Balogh. Those wishing to donate can visit here.