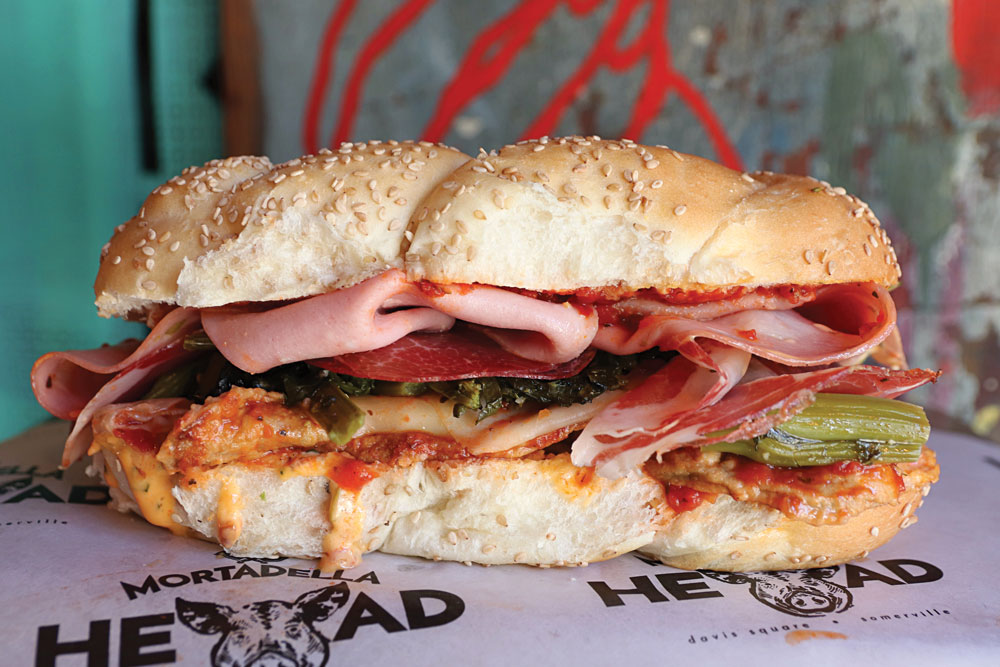 Deli sandwiches aren’t a terribly different animal than pizza; they both rely on a bread base and can be topped or filled with essentially any ingredients. But, thanks to their different formats, sandwiches can exponentially diversify a menu. They give customers more choice, generally take less time to serve than pizza, and allow for eating on the go to fit today’s busy lifestyles.

“Almost five years into our business, we wouldn’t be at the point we are today if we didn’t do that deli-style menu,” asserts Anthony DeMarco, co-owner of DeMo’s Pizzeria & Deli in Raleigh, North Carolina. “It broadens our horizons—the best decision we’ve ever made.” Want to make the deli business a significant slice of your profits? Learn some success secrets from these two flourishing sandwich slingers.

Before owners DeMarco and Clay Adams opened their downtown Raleigh hotspot, they honed their chops at a 4,000-square-foot restaurant and nightclub in the suburbs for nearly three years. Given the opportunity to infiltrate an up-and-coming business and nightlife district, they leaped at the chance—but knew they’d have to cash in on lunch crowds and catering for local offices. “People aren’t going to eat pizza all the time; it’s not necessarily an everyday food,” DeMarco explains. “So we wanted to have different options with a pizza and deli operation.”

In the Boston area, pizza-and-sub shops are commonplace; it’s a combination that Chuck Sillari, co-owner of Mortadella Head with Sebastian Fricia, grew up with. But, while overseeing his 10-year-old, four-location Boston Burger Company, Sillari realized that most of these outposts were pretty uninspired—all serving up roughly the same menu items in a dreary, old-school setting. He envisioned something different to cater to the area’s influx of trend-fueled hipsters. “We wanted to take that old-school pizza/sub shop and reinvent it with a fun menu and better ingredients,” Sillari explains. “We’ve been open only three months, but so far, it’s been working really well!”