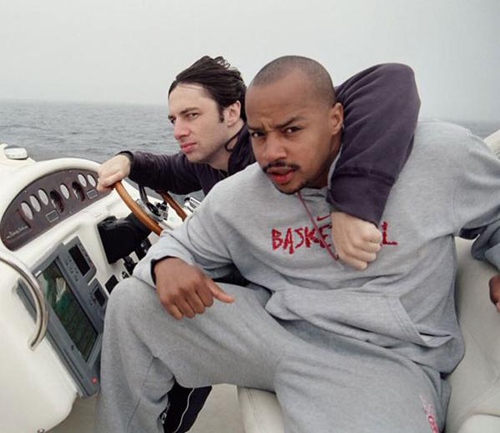 If you were counting on having pizza for your same-sex wedding in the Walkerton, Indiana, area, former Scrubs co-stars Zach Braff and Donald Faison have your back. Although Memories Pizza has bowed out of the not-so-bustling gay marriage pizza catering market in Indiana, you've got a Hollywood option if you're determined to feature pepperoni for him and him or her and her.

Huffingtonpost.com reports  Zach Braff and Donald Faison, who are perhaps best known for starring together in the beloved sitcom "Scrubs," are apparently willing to toss some dough for same-sex Indiana couples.

Read more about the offer of Braff and FaisonIn and what they have to say about the Indiana legislation.